Zattera 24m unveiled, based on an idea by Renzo Piano and Olav Selvaag 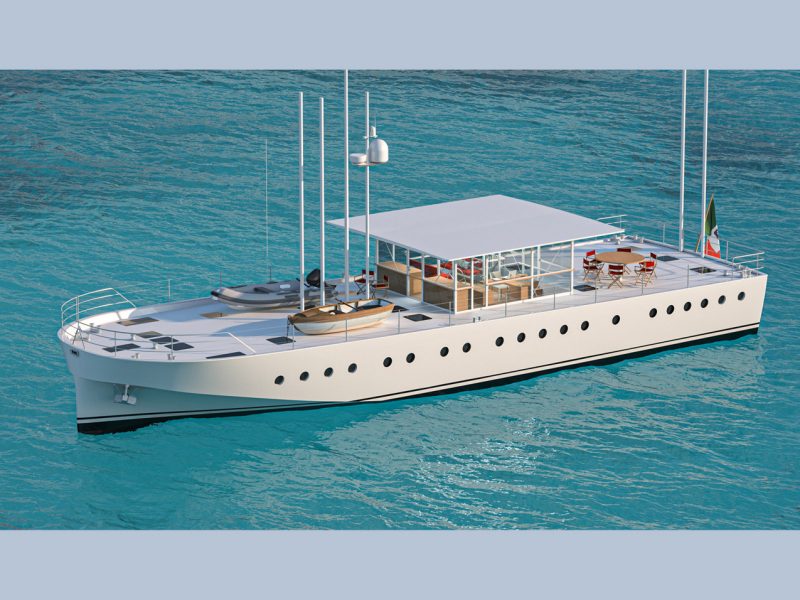 Zattera 24m was designed by Nauta Design and Francesco Rogantin from an idea by Renzo Piano and Olav Selvaag. Great attention was paid to sustainability and noise reduction, thanks to the hybrid propulsion developed by Siemens Energy. The project is currently being built by Castagnola Yacht in Lavagna

A project that emphasises the spiritual dimension of living at sea, silence and harmony with nature: Zattera 24m is built in wood, an ancient material that remains the most ecologically sustainable, but shows a modern character, with an essential and original design.

The superstructure in the form of a glassed-in deckhouse emphasises the clean lines of the hull, also allowing a direct visual relationship with the surrounding environment. High priority is given to reducing noise and consumption for a boat that, by choice, will often live on the anchorage. 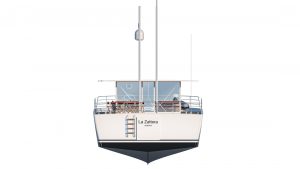 The boat has a displacement hull that reaches a maximum speed of 12 knots (10.5 knots is the cruising speed). It has been CFD tested, which has allowed us to optimise the bow shapes and stern exits, enabling a significant gain in terms of lowering drag.

The choice of Siemens Energy’s hybrid propulsion system keeps emissions to a minimum, but also limits vibrations and the acoustic impact on the surrounding environment, particularly when sailing in the pure electric mode provided by lithium-ion batteries.

The propulsion system is powered by two 180 kW diesel generators with variable revolutions and a 95 kWh battery pack, connected to a 700 Volts DC distribution system, which supplies both the propulsion and other on-board consumers. 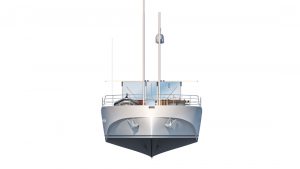 The propulsion consists of two traditional shaft lines driven by high-torque permanent magnet motors, each with a power of 135kw.

The motors are directly connected to the shaft lines without the interposition of marine inverters to increase the efficiency of the system and further reduce the noise of rotating mechanical parts.

The two diesel generators have been specifically developed by Mase Generators for Siemens Energy with Volvo Penta D4-300 engines using variable speed technology with permanent magnet alternators in order to minimize consumption and emissions. Several photovoltaic panels will provide an additional source of energy at zero cost and impact. 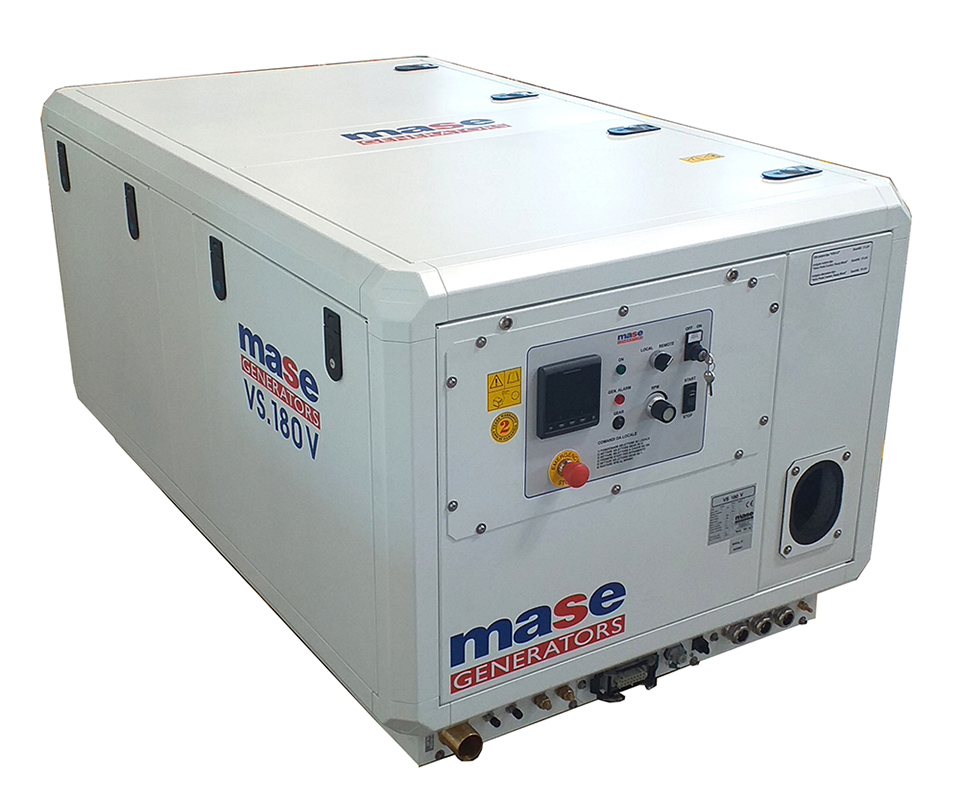 Castagnola Yacht was responsible for the construction of the hull, deck and structures using solid wood glued with silica-filled epoxy resin for better surface adhesion and marine plywood. The particular shape of the hull required the use of a keel beam and a counter-keel in laminated iroko, of varying dimensions, which increase in the area of the bow wheel.  Given the very particular shape of the bow, all the planking in this area will be made of moulded wood, with five different layers of wood, arranged with crossed fibres. 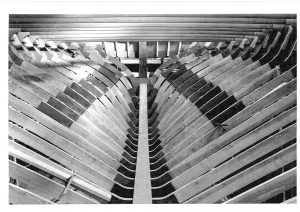 All the frames are solid ash and the bottom planking and sides are made of marine plywood, as is the deck (the latter in okoune’, to make it lighter). The internal structural bulkheads are made of wood with rubber and cork to dampen vibrations and reduce noise as much as possible.

The interior layout includes the owner’s cabin and two guest cabins in the bow area, and the galley, crew area and engine room aft.

The saloon on the lower deck is in immediate contact with the deckhouse via the large double transverse staircase and natural light illuminates all the interior spaces from the outside through a generous skylight positioned above the saloon itself.

Renzo Piano and Nauta Design have a great deal of sailing experience in their past, and as “sailors lent to the motor” they have designed a series of masts and bighorns that will be used to load and unload the tenders and to hoist the awnings and curtains at the bow and stern.