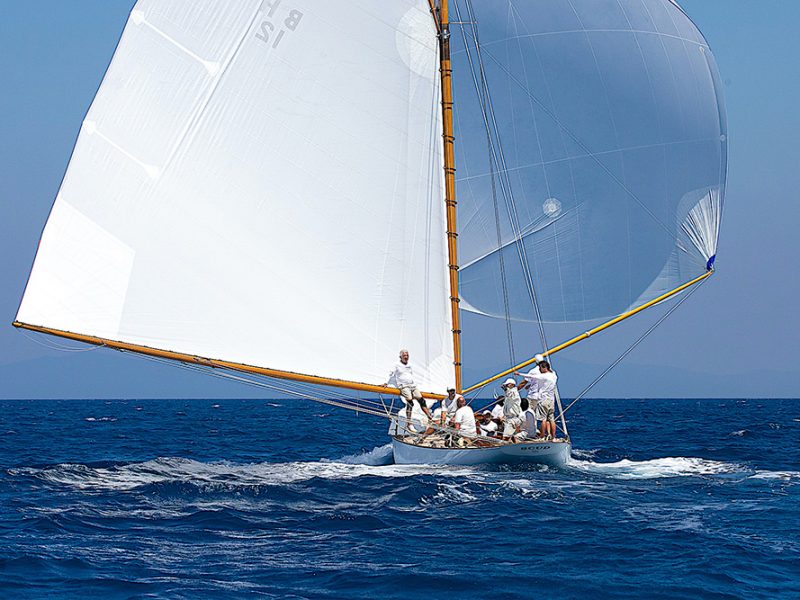 The sea queens have successfully concluded Argentario Sailing Week 2022. The appointment for the next edition is already set for 14 to 18 June 2023

Hosted and organized by the Yacht Club Santo Stefano and the Municipality of Monte Argentario, the Argentario Sailing Week 2022 also provided sun, wind and sea for the 30 crews from 8 nations on the last day of racing. For the first time, after three days of westerly winds, the Sirocco dominated with peaks of over 20 knots. Champions of the 21st edition were proclaimed in the Vintage Aurici Scud by Patrizio Bertelli, in the Classics, Massimiliano Ferruzzi‘s Il Moro di Venezia I, in the Spirit of Tradition Toi et Moi by Alessandro Rinaldi, and in the Vintage Marconi Varuna of 1939 by Jens Kellinghusen. 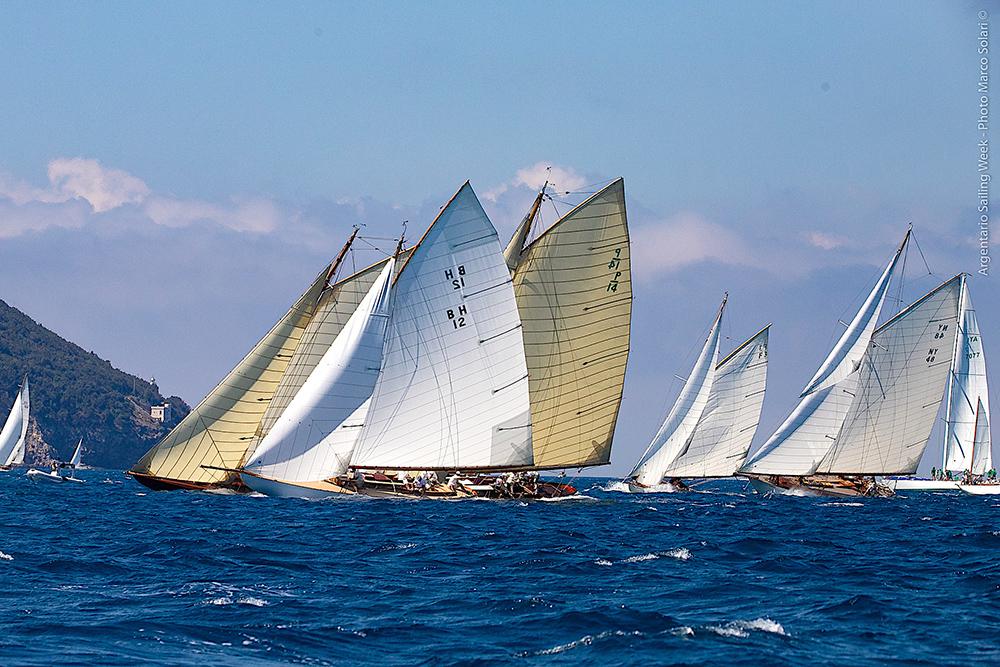 The day’s results and final standings

The best dictated their law and thus rightfully climbed onto the top step of the podium. The final scores, which in at least two cases saw a tie on paper in the final classifications (resolved in favour of whoever placed best on the day), are the best proof of the competitive intensity and high technical level that characterised the entire fleet. Honour therefore to the winners and congratulations to all the crews who contributed to making the 21st edition of Argentario Sailing Week 2022 a success. In the Vintage Aurici the first place of the day went to Scud (Patrizio Bertelli) with Torben Grael at the helm and Pietro D’Alì as tactician, with Marga (Marga Yachting Partners) in second and Chinook (Paolo Zannoni) in third. In the Classics category first place went to Il Moro di Venezia I (Massimiliano Ferruzzi) followed by Ojala II (Susan Carol Holland), and Crivizza (Ariella Cattai-Luigi Rolandi). In the Vintage Marconi grouping, the day’s victory went to Stormy Weather of Cowes (Christopher Spray) with Sumurun (Alain Moatti) in second place and Varuna of 1939 (Jens Kellinghusen) following. In the Spirit of Tradition category, Toi et Moi (Alessandro Maria Rinaldi) won, followed by Midva (Davide Besana) and Hanni II (Bjorn Hedlund) in third. The day’s results determined the final verdicts: in the Vintage Aurici Scud (Patrizio Bertelli) took first place thanks to the day’s victory, with Marga taking second place and Chinook third. In the Spirit of Tradition category first place went to Toi et Moi (Alessandro Maria Rinaldi) followed by Midva and Hanni II. Finally, in the Classics category, Il Moro di Venezia I (Massimiliano Ferruzzi) won, with Ojala II in second and Crivizza in third. Varuna of 1939 (Jens Kellinghusen) wins in the Vintage Marconi category followed by Stormy Weather of Cowes and Comet.

The complete rankings are available at www.argentariosailingweek.it/classifiche.php

At the opening of the prize-giving ceremony, Piero Chiozzi, President of the Santo Stefano Yacht Club, after thanking the Mayor of Monte Argentario Francesco Borghini and the municipal administration for their commitment to the organisation of Argentario Sailing Week, emphasised how: “this year between competitors and the organisation there was total agreement on the Argentario Sailing Week project and objectives. This created a unique team spirit, thanks to which everyone gave their all. And if four days of sun and wind were the fundamental basis for the realisation of a great event, the enthusiasm, passion and determination of all those involved in different capacities in the event made it possible to arrive at the final success. The appointment for everyone is from 14 to 18 June 2023 “

The YCSS President then went on to thank personally and on behalf of the YCSS the Maritime District Office, the Police for their support at sea and on land, the Region of Tuscany, the Province of Grosseto, the Italian Navy and the AIVE, who sponsored the 21st edition of the Argentario Sailing Week. Chiozzi also wanted to mention the work done by the Race Committee, always punctual in its choices and decisions, and the sponsors. His final thought was dedicated to the members and staff of the Yacht Club Santo Stefano, who were also key players in this success.

The Mayor of Monte Argentario, Francesco Borghini, said in his speech, “Argentario Sailing Week is an event that will continue to be organised in the future, to which the municipal administration has already given support in the past and in which it has invested even more this year when, for contingent reasons, there was a need for support, including economic support. So we will be there. We hope you enjoyed yourselves and that you will come back next year in even greater numbers”. At the end of the institutional speeches, Marco Poma, sports director of the YCSS, kicked off the prize-giving ceremony, which took place in an atmosphere of great celebration and conviviality in the presence of over 300 participants.

(Wind in the sails for the 21st edition of Argentario Sailing Week – Barchemagazine.com – June 2022)