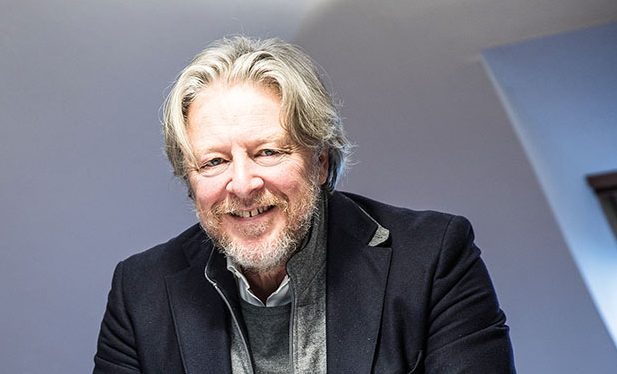 Sergio Cutolo a part-engineer, part-philosopher, with a friendly demeanour and an extraordinary passion for sailing who, with his team at Hydro Tec, designs every single aspect of the boat, from the hull to the tiniest design details

He has a different approach from the others. He’s an engineer, but don’t imagine him conforming to the normal stereotypes of ‘Engineers don’t live, they function’ or ‘They don’t have a heart, they have a high-pressure pump’. Indeed, quite the opposite is true. Sergio Cutolo welcomed us into his studio in Ovada in north-west Italy, and we immediately settled into a long and pleasant chat on boats, shipyards and designers.

He immediately displayed an almost philosophical, and definitely very romantic, vision of his work. Hearing him speak is a pleasure, both because of his wonderful Neapolitan accent and his boundless passion for sailing. 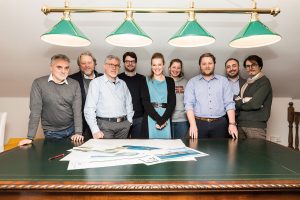 He may design motorboats, but he’s a ‘sailor inside’. How would he describe Hydro Tec as a concept? «Above all we offer integrated design. We began as a naval architecture studio, but we’ve evolved since then. I was technical manager at Baglietto until 1995, when I started my own business, and naturally that was the approach I used to begin with. Then things evolved naturally, with the Naumachos from Cantieri di Pesaro, small Explorers, and we realised we had to give the boats form as well as function. That’s how our journey began, and the Explorer concept evolved, moving from Cantieri di Pesaro to Canteri delle Marche. The people were more or less the same, but the change led to the Darwins”.

“It was the beginning of a shift towards marketing ourselves as a studio that can start with pure naval engineering, but then also move on to the fitting out. Shipyards that turn to us know we offer a wide array of options, depending on how they are structured and what they need».

Including designing the exterior? «Yes, we’ve added that aspect too. It only accounts for a small part of our total workforce, but 60% of our work now involves integrated design. From the hull to the exterior design. We don’t offer interior design, but we are well-versed in working effectively with other professionals». 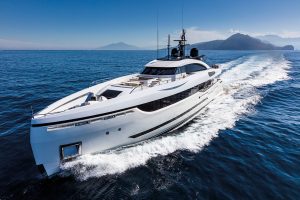 Would he call Hydro Tec a family business? «It’s a family affair because my family works there, but also because the guys in the studio are all part of one big family. I like the idea of reviving the concept of a Renaissance workshop. Laying to one side the obvious differences, try to imagine what Leonardo da Vinci’s studio might have been like. He was an inventor, sculptor, painter and humanist… Like then, we now live in a century that is weak politically, but excellent in terms of craftsmanship. In the Renaissance workshops they built beautiful and extremely expensive yet completely useless objects. Highly advanced from a technological point of view, but with no practical purpose at all».

Not unlike the world of sailing. How are things in his ‘workshop’ at the moment? Would ‘frenetic’ be the right word? «Indeed – we’re currently working on several fronts. We’re working a lot with Cantiere delle Marche, which currently has six boats in production, with one which is coming. Because we grew up together, we’ve got a special relationship with them: we are around during production, we follow their discussions with subcontractors – it’s not just about design. Then we’re working on a 40-metre boat, owned by Mondomarine, which is now finishing off in Viareggio; and the Toy 51, for which we’re revising the entire design».

And then there’s the 80-metre Columbus… «That’s a huge boat, and an incredible challenge. The timescales are crazy too: we signed the contract in 2016, and the boat has to be ready by next October».

What has changed in his 23 years in business? «This world has changed a lot. When I started, it was unusual for there to be a technical office in a shipyard. Baglietto was one of the few to have one. I remember when I arrived the company felt enormous. I was a small part, a little cog, in a monumental, complex and beautiful machine, which still retained a slightly romantic notion of creating a big yacht. Today that aspect has disappeared. It has become a genuinely industrial process, including the creative part. And this is a limiting factor, especially when it comes to developing an original idea».

But there were intermediate stages between the “romantic” world of shipbuilding and the industrial one. «Of course – we’ve seen a shift from a world of craftsmen, the grand world inhabited by the likes of Paolo Caliari and Aldo Cichero, to financial shipbuilding and leasing. Through to the completely broke shipbuilding world of 2008, when the world had other things on its mind».

But what about after that? What era are we living through now? «Highly concentrated shipbuilding, which has to be stronger and more reliable. The two leading examples of this are Feadship and Lürssen».

Talking of examples, which are the first two names to come into his head as ‘guiding lights’ in his life as a designer? «Gianni Morace and Alcide Sculati, above all for their moral integrity».

And the project for which he would like to be remembered? «I am very prowd of the Columbus 40 Sport Hybrid; where there’s a lot of my professional life spent at Baglietto. It is a lightweight alloy boat that easily goes above 20 knots and is efficient in its fuel consumption. And then there’s the item of hybrid boats, which we did first. It was the first boat to receive Hybrid Class certification by Rina. A perfect combination of design and engineering».

Continuing this game of examples: three boats that have made an impression on you, not necessarily made by Sergio Cutolo or Hydro Tec: «I have to begin with the Baglietto Adler, a 1987 35-metre boat made of lightweight alloy that I helped to create. The design, which still looks beautiful today, was the work of Alberto Mercati. It was an epic, grand boat with pump-jet propulsion for an American client, to which we then added a gas turbine so it could go beyond 45 knots. I’ve always been fascinated by speed». 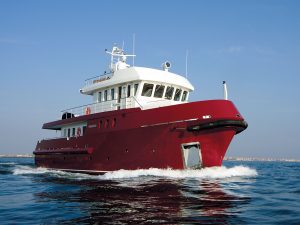 It’s difficult to keep the engineer on track when he starts talking about boats… His words pour out like a river in flood… We still need two more examples: «Ah yes, no problem. Well I’d say Gerhard Gilgenast’s boats, and especially those made for Aga Khan, like the Shergar. More recently I’d say Aviva by Abeking & Rasmussen. The technical aspect is always crucial for me. Watching it in the water, I never fail to be enchanted when thinking about its hydrodynamics and its wake». Yes, the romantic engineer is now getting excited about a boat’s wake.

Let’s turn to a question more related to architecture and design: what is luxury for Sergio Cutolo?
He stops and thinks for a moment. «Luxury? It doesn’t exist. It isn’t something tangible, it’s a state of mind, it’s what we allow ourselves to spend. Each to what they can afford».

This is an interesting and unexpected answer, especially from someone who designs mega yachts. «I’ll give you a few examples. It could be an extremely expensive watch or a £200,000 car if you’re very rich. But it could also be the luxury of staying in bed until ten in the morning for once. Or deciding to go and travel the world on a ten-metre sailing boat». 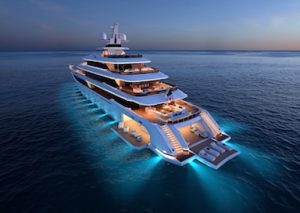 Remaining in the field of philosophical questions, what will the boat of the future look like for Sergio Cutolo? «Sailing used to be a lifestyle. Now the product is bending to the needs of the client. As a result, the yachts of days gone by seem boring. And how do you overcome boredom? With lots of toys. Water toys, real tenders, helicopters, submersibles… The owner has to be able to stay in the marina on a stable and self-sufficient boat, but also be able to move around easily. You can also overcome boredom by seeking out alternative destinations and new places; by exploring. The owners of this type of boat are sick of the usual places».

Going back to luxury, is it true to say that people are no longer content to show off objects, but instead want experiences? «Precisely. We are also learning from our clients: having clients already on their second Explorer helps us grasp a lot of things».

But, returning to boats themselves to finish with, in recent years there’s been a lot of focus on the idea of transparency, of unbroken glass surfaces. What will happen now for Sergio Cutolo? «The time of the convertible yacht will come: increasingly outdoor spaces will have to be able to be converted into covered spaces, and vice versa».