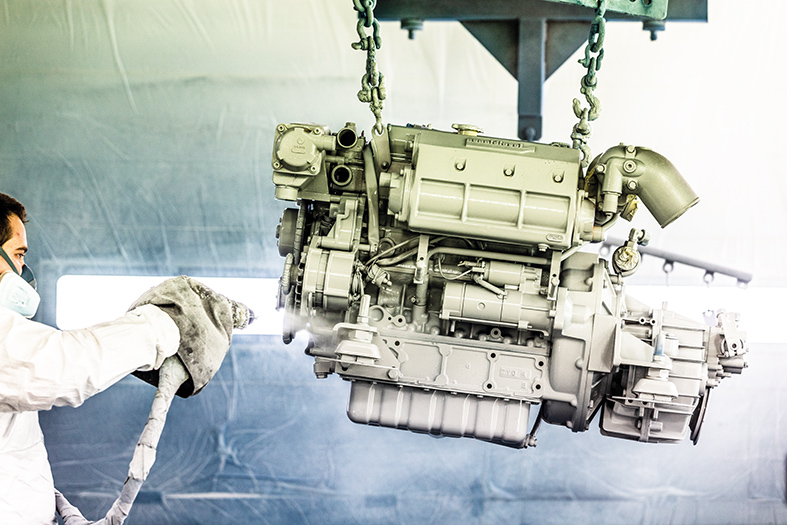 The Nanni Industries’s range is expanding thanks to new partnerships, including one with Scania, joining existing agreements with Kubota, Man, Toyota and John Deere. The brand’s trademark blue engines are now available from 10 to 2000 hp. And the surprises don’t end there

«When I first set foot in the company, on my first day, in 2010, I was sent to negotiate with the Bénéteau Group», Gregorio Passani recalls.«It was not a happy time, the effects of the financial crisis were beginning to be felt, and all shipbuilding companies were trying to make cuts and reduce costs. Bénéteau had halved its production, and they told me that to keep costs down they had decided to concentrate on the outboard market, eliminating inboard motors altogether». 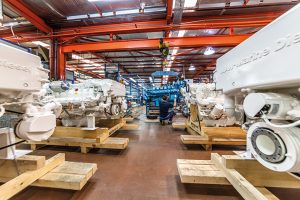 This decision could have had negative repercussions for the French engine producer, but Nanni Industries, like many others who managed to weather the storm, is a company that doesn’t give up at the first setback. And today, now that the sea does not seem so choppy, it can be proud of its results.

Its main headquarters is in Arcachon, France, but the 90 French employees, who look after all aspects of the company, are flanked by two other, smaller offices. One is in Germany, and is dedicated solely to selling engines, while the other is in Italy, in Rome, with six employees who are responsible solely for seeking out engine accessories and components. In fact, this is one of Nanni’s distinguishing features: the company marinises engines. Its large range stems from its partnerships with numerous manufacturers: Kubota, Man, Toyota, John Deere and, more recently, Scania. 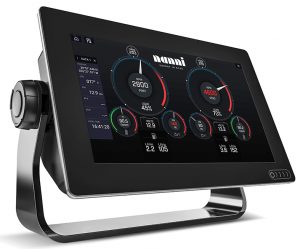 But what does marinising involve? To get to the bottom of it, we spent two days at the Arcachon facilities. The hung-up engines, production lines, test cabins and painting convinced me of the complexity of the operation. It’s not as simple as taking a tractor or lorry engine and adapting it so it fits in the engine room of a boat.

Making a motor sea-worthy above all means adding things. There are all the crucial components and accessories, from electronics through to panels and joysticks, plus everything you don’t see, but which is essential to achieve the comfort and durability required from boat engines nowadays.

«I’m a strong believer in synergy between brands», Gregorio Passani states. «I don’t think you should cannibalise your supplier, and so we introduce ourselves alongside other companies». And the collaboration does not just involve the companies producing the engines, but the other components too; Nanni markets itself in partnership with ZF and Raymarine, to name but two.

The firm has a lot of experience. They have been working in pleasure boating for around 50 years, and were involved in marinisation back in the 1990s, with the Mercedes V8and V10.To succeed, as well as experience, knowledge of the market is also needed. For this, as well as the experience gained directly by the head office, the wide-ranging and extensive network of dealers is also vital. The statistics are large and undeniably impressive. 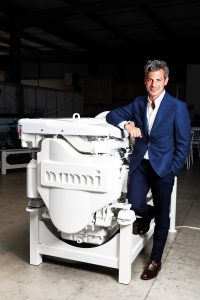 Across the world, they have a network of approximately 2,000 centres, a mixture of authorised garages, service centres and dealerships. There are 90 dealers in total, based in around 80 different countries. This network helps them sell their engines all over the world, but they also receive something back: in exchange, Nanni gains a knowledge of the boating world from all corners of the globe.

This added value is perhaps what the companies who sign agreements with Nanni are keen to take advantage of. Nanni’s most recent partner, Scania, which is developing 13 and 16 litre engines, is undoubtedly a major player in the truck sector. It also wants to claim a proportion of the marine market, and Nanni is its ideal partner, allowing it to make a mark quickly thanks to the French company’s vast experience and extensive sales network. And, as often happens with companies that ride the crest of the wave for a long time, there’s another secret too.

Behind any large company there’s usually a large family. In addition to Gregorio Passani, chief operating officer and sales and marketing manager, there is his mother Amalia Festa, who has been at Nanni for 30 years and who holds the positions of chairman and managing director, and her husband Giovanni Insom, who is responsible for quality and HR.
And last but not least, there is their youngest child, Michele Insom, who managed a project to simplify servicing and spare parts for Nanni engines.

«We created a Service Kit that contains all the spare parts required after the engine has been running for a year or two. These Service Kits are supplied to importers and service centres across the world. This means they already have the essential spare parts on hand, so, for example, engines can be serviced more quickly».

And then there are lots of new projects, some at an advanced stage, others still on the drawing board, because they cannot afford to be left behind. With regards to servicing, Nanni is developing an app that will make it easier for authorised garages to service and work on the engines. Regarding the motors themselves, meanwhile, in Arcachon they are hopeful of reaping the rewards from the relationship with Scania and ZF. And one day, who knows, perhaps we’ll see a move away from the traditional shaft-line transmission. 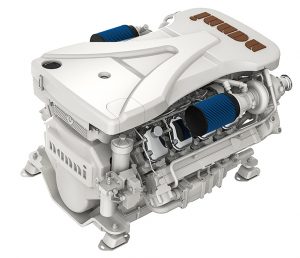 The N16.1100 CR3 engine, presented during the last Boot in Düsseldorf, has a high pressure Common Rail XPI injection technology and it has been entirely developed by Scania.

It is a 16 liters, 8  V-shaped cylinders and one of the lightest engines on the market. It weighs 1660 kilos. Designed to optimize consumption as much as possible, it has the maximum torque point at 1500 rpm. It has a pleasure rating and a work rating of up to 2000 hours per year, with a 77% load factor. It will be equipped with the Joystick Nanni system, developed in partnership with Aventics and with a 9 inch Nanni integrated navigation system developed together with Raymarine.