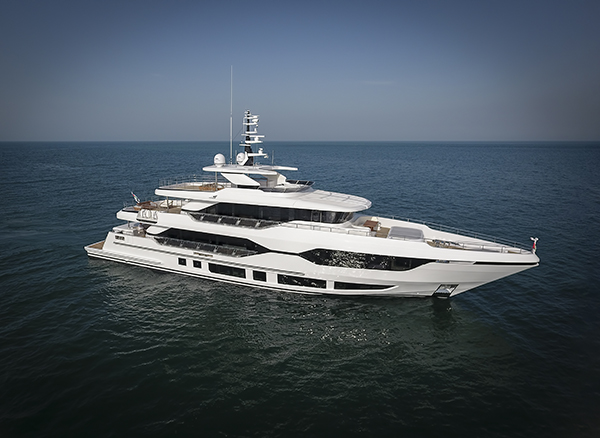 The Gulf Craft tri-deck Majesty 120 has completed its first sea trial in preparation for delivery at the end of April.

The testing of MTU engines, Kohler generators, and other key equipment was successfully completed. The latest addition to Majesty Yachts’ Superyacht collection, the Majesty 120 will be heading for a further sea trial in the coming weeks for more in-depth and extensive testing. The new electrical system, which replaces the traditional hydraulic system, will be subjected to a series of tests at the dock and at sea. 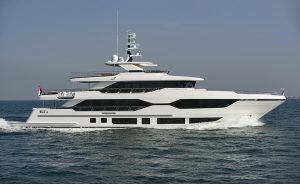 Paul Gray, Chief Operations Officer, said: “The completion of the first sea trial of the Majesty 120 is a further success in addition to the yacht’s production milestones. The fiberglass and carbon fiber superyacht is in my view a perfect example of what the future of yacht building looks like. Everything but the engines and generators is electrically powered, resulting in a yacht that is much quieter and easier to maintain”.

The exterior design of the Majesty 120 features a dynamic exterior profile, angular lines, and contemporary style. The shipyard’s in-house design team is responsible for the exterior styling, in line with the new DNA of the Majesty Yachts- Superyacht Collection brand.
Gulf Craft’s collaboration with the Cristiano Gatto Design Team on Majesty 120 follows the success of the collaboration on Majesty 140, which has brought numerous awards in Europe and the United States. 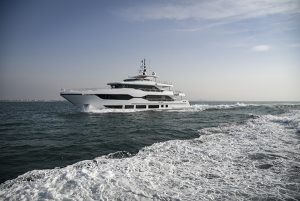