Vripack’s Pioneer, another trip around the world 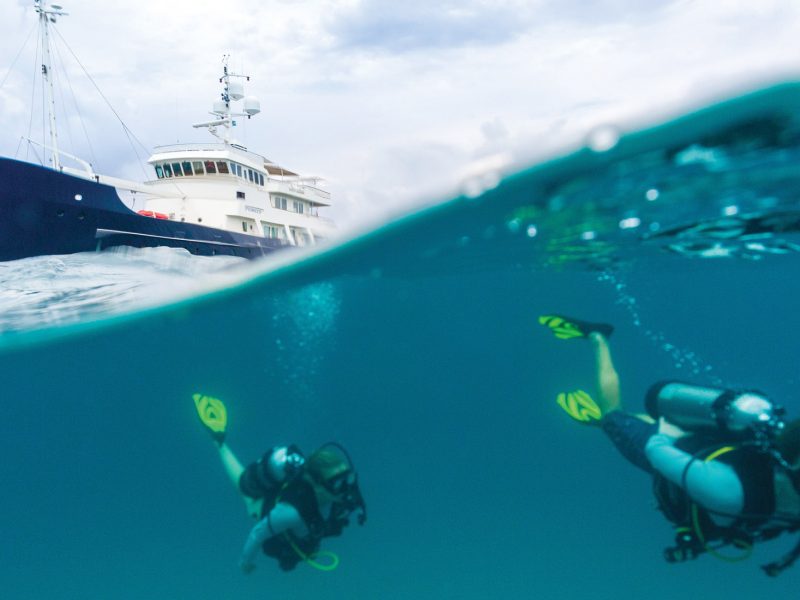 Pioneer (ex-Putty VI/Turmoil) is a private expedition yacht with an impressive 11,000-mile range and robust cruising capabilities. The first yacht to circumnavigate North America, it has tackled many high latitude destinations, from Greenland to British Columbia to the Northwest Passage.

In her last trip, Pioneer cruised through the province of Nunavut, which is itself the size of western Europe with a human population of just 29,000, opening a window onto a bounty of fragile landscapes and wildlife. Starting off from Pond Inlet at the very top of Baffin Island, Pioneer nudged her way around glaciers and icebergs, navigating past Devon Island – the largest uninhabited island in the world – and finishing a 10-day trip in Canada’s Resolute, 500 miles from their starting point. An abundance of narwhals, walruses, whales, and polar bears were sighted set against a backdrop of delicate flora and fauna. 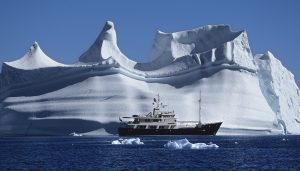 “Gemini Island was amazing,” says the owner. “We only saw a small part of it, but we pulled into this bay on the Southern side and found a blessing of 30 narwhals that we followed over the course of two days. And there’s the ice, as well, of course. The calving glaciers and groaning sea ice is both fascinating and beautiful, not to mention nerve-wracking for the captains!”

“The first iceberg we saw was when we pulled out of Newfoundland and were joined by humpback whales,” says Captain Gareth. “There’s not as much wildlife around the Disco Island area, but the glacier up there is the most productive one in the world. We spent our days weaving through the icebergs. When you’re sitting off of a glacier, it’s actually quite noisy. It’s crashing and creaking, and huge bits of ice keep falling off. It’s pretty impressive.” 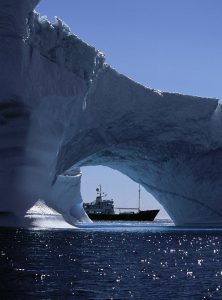 “Being trapped in among floating icebergs is a real danger”, says Captain Gareth. “My most memorable day was getting our $1.2million sports fishing boat tender trapped in ice and having to cut it free while standing with the boss on the back of the boat!”

“As soon as you put the anchor down an iceberg comes along,” he adds. “The sea ice is moving around all the time, it’s a challenge. Pioneer is relatively small compared to some of the bigger yachts in those areas, but we run with just enough crew to keep it really well maintained and service the owners. When you throw in 24-hour days it’s hard work for the crew, but everyone would do it again tomorrow, the rewards far outweigh the odds.”

For the owners, the memories are priceless: “For me, it’s great family time and to give the kids the experience of seeing something that so few other people have seen is incredible. I have always been the type of person who’s looked at the map and thought, ‘What’s going on over there? What’s around that corner?’ But there is also this sense that what we’re seeing won’t really be like that when my children are adults. We’re visiting places where wildlife is extremely fragile, and the glaciers are beautiful because they’re breaking up from climate change. Getting to see it now with the sense that it’s fleeting is amazing.”