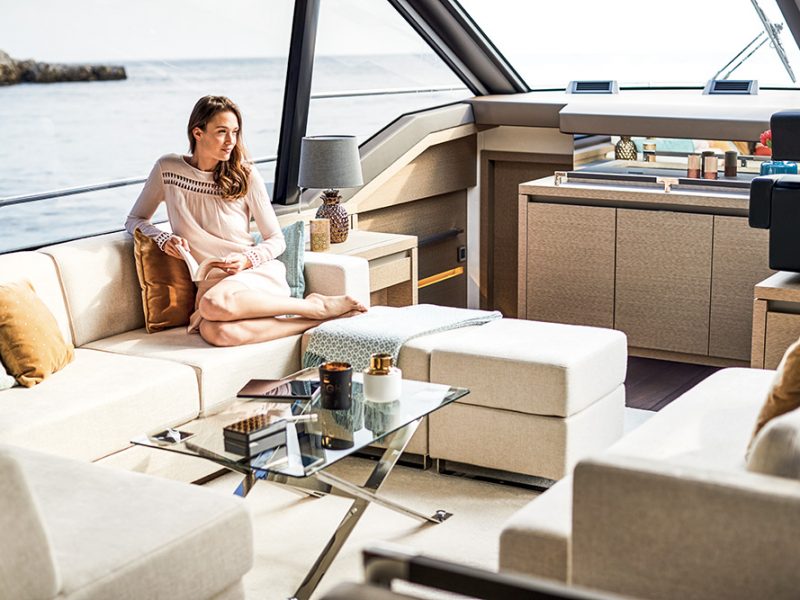 A mini-guide to the silent battle against noise and vibrations. The troubleshooting allows to identify, through the campaign of measures, the causes that generate vibrations and noise with the right remedies

This time I’m more relaxed. I have to confess that troubleshooting is my favourite topic: identifying the causes of noise and vibrations to resolve them with the right remedies. Stop.

‘A few years on’ and it’s still my passion: getting my hands dirty, climbing aboard and listening, touching and then thinking, studying, finding the solutions to the problem, the one that literally keeps you awake at night, the ones that ‘shake you up’ when we’re on board, with the sole objective of achieving your dream of (vibroacoustic) COMFORT on board. You’ve understood correctly. We’re finally talking about existing boats, practical problems and how to resolve them in order to travel more comfortably. I won’t be deceiving you if I tell you that a qualitative investigation, based on sensations, is not enough: you already knew that. Only by arming ourselves with the ‘tools of the trade’, accelerometers and microphones connected to a scanner, will we discover:
• The guilty parties (the sources of noise and vibrations)
• The accomplices (insulators, structure or the sources themselves, if they generate vibrations with excessively high amplitudes)

It’s obviously a complicated matter. It wouldn’t be
so scary otherwise!

Let’s simplify things by saying that the most annoying vibrations are the ones with the biggest amplitude, which are not reduced, but are instead sometimes even amplified by the insulators or the structure of the boat, which form the transmission chain. Are you ready to climb aboard? I certainly don’t need to tell you where we’re heading. To the part of the boat where the problem is most apparent, so that we can measure and record the annoying phenomenon. And then where? Well done! To the engine room. And now I can’t avoid it. You’ll need to take a look at two graphs, Diagram A and Diagram B (believe me, they sometimes make things clearer than many words!) On the left is a record of vibrations over time; on the right is another version of the same signal that organises it, associating each frequency with a particular amplitude (in technical jargon, the so-called signal spectrum). If we add up (literally) the vibrations in the second graph (B) one by one, we obtain the first (A) as a result. Let’s say that the second is a simpler way of representing the vibration that would otherwise be too complex to analyse. It’s also primarily a clever expedient that we can use to identify the guilty parties more easily. 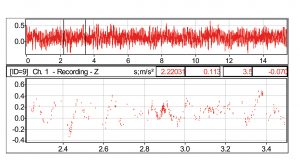 Diagram A – Vibration over time 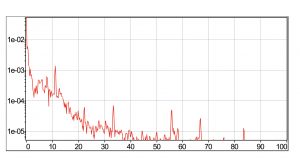 Diagram B – Spectrum of the signal

And we’re on board, on our yacht powered by a 12-cylinder engine that runs at between 600 and 2300 rpm, connected to the speed reducer by a Cardan joint. Here it is in the Imagine 1. 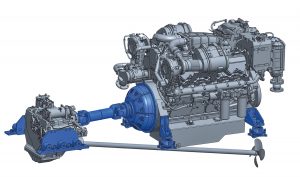 Let’s take our measurements and obtain a noise graph like the one in Diagram C, with two clear peaks: one at 90 and the other at 720 Hz. Who could be generating them? Let’s look at the engine speed: 1800 r.p.m. What event is repeated three times during every revolution of the engine? In a 12-cylinder engine, three cylinders ‘explode’ during each revolution: we can say that we will have a triple-frequency vibration compared to the engine rotation vibration (1800 revolutions per minute are equivalent to 30 Hz): our 90 Hz to be precise. The same applies for the other peak. 720 Hz correspond to the number of engine revolutions multiplied by the number of teeth in the reducer cog (1800/60 x 24 = 720 Hz). 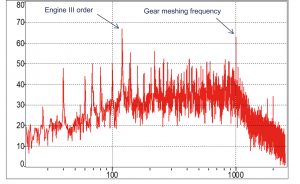 However, if the engine is creating our problem, why do we notice it in the lounge? The more attentive of you will already know the answer: make me happy, go on! The engine is mounted on flexible supports, positioned on the base in their turn. Of course: either the choice of flexible supports is not ideal or the foundations on which the supports rest are inadequate (a soft structure could nullify the choice of a specific antivibration support, transmitting the vibration far away in our boat).

And now we need a hammer. I’m not joking. It’s true. The hammer test consists of a real hammering with a specific hammer to establish the rigidity of the structure. By comparing this value with that of the antivibration supports, we can check whether the choice made during the design phase was a good one. Ah yes, we’ve learned that we have to let the measurements speak for themselves. Solutions in our field are not identified on the basis of past experience, but by carefully analysing the measurements resulting from an effective experimentation plan.

Until next time! I can tell you that we’ll still be on board…