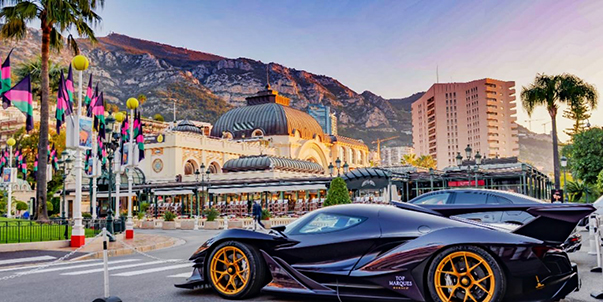 A collection of the most exclusive supercars in the world will be on display in Monaco this May at the annual Top Marques automobile show. Barche Magazine will be Media Partner of the event.

Amongst the exhibitors already confirmed for the 2019 Edition of the event, to be held in Monaco’s Grimaldi Forum from May 30th to June 3rd, are iconic brands Aston Martin, McLaren, Ferrari, Bugatti, Bentley, Porsche, and Lamborghini.

McLaren, Aston Martin, and Rolls Royce will all reveal previews of their latest models.

“I am very pleased with how this edition is shaping up; it is going to be rich and unprecedented -said Salim Zeghdar, the new director of Top Marques – “The team and I have focused on developing the DNA of Top Marques. We have concentrated on getting the very best hypercars and supercars to exhibit at Top Marques, both unique models of major brands but also other manufacturers who be bringing innovation, new technologies, high performance, luxury and refinement to the Principality. However, we have not forgotten haute horlogerie and jewelry, where exceptional pieces will also be presented.”

Barche Magazine will participate in the event as Media Partner. 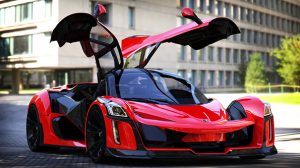 The focus will also be on smaller, independent manufacturers such as Anibal Automotive from Canada, Militem from Italy, and Engler Automotive, from Slovakia, who will be bringing the Engler F.F.

The 2019 edition will arguably be the show’s greenest yet – with a number of electric vehicles including the latest models from Tesla, the Audi e-Tron, the Puritalia Berlinetta – the Italian ‘superhybrid’ and the 100 percent electric concept car from Pininfarina.

NanoFlowcell will also attend the event with its ground-breaking technology. The Swiss company has invented an ingenious concept for its electric cars, which are powered by a pair of 200-liters tanks holding ionic liquids and will be presenting two vehicles at Top Marques Monaco this year.