The 21st Rolex Swan Cup comes to an end 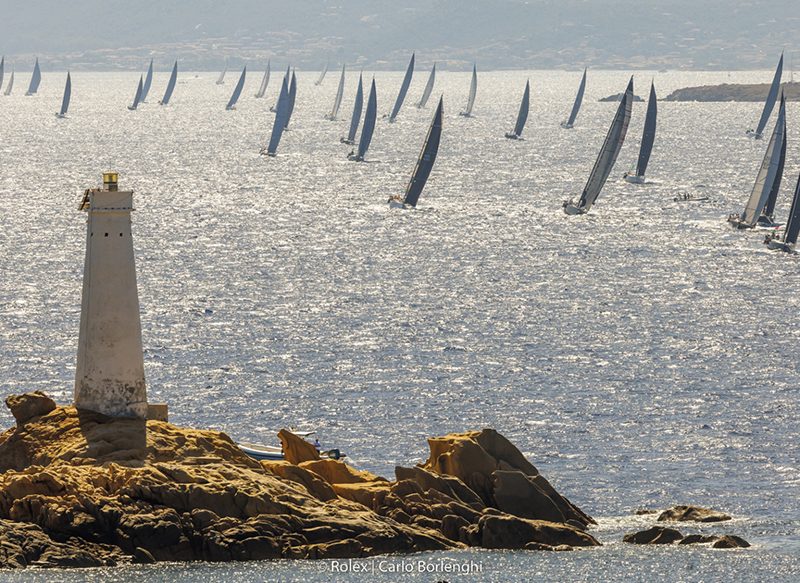 The final day of the Rolex Swan Cup 2022 was decisive in deciding the winners: on the podium were Freya, Flow, Mascalzone Latino XXXIII, Crilia, Balthasar, G Spot, Nadir and Blue Sky

In the best tradition of the Porto Cervo race course, the final challenge that decided the winners was contested in a south-easterly wind that increased from the initial 10 knots to around 20 knots in the La Maddalena channel, tackled upwind by the Division 1 boats that raced on the coastal courses, while the Division 2 One Design boats raced two windward-leewards in winds between 10 and 12 knots.

How was the final day

Particularly fierce was the Maxi class, where first and second finished the Rolex Swan Cup on equal points. Sunday’s victory, by just 13 seconds over the brand new ClubSwan 80 My Song, allowed the Swan 90 Freya, using the tactics of two-time America’s Cup winner Mike Toppa, to take the overall lead ahead of the Swan 80 Plis-Play that dominated the first part of the week. Both boats collected two firsts and two thirds places, the rules in these cases stipulating that the advantage goes to the competitor with the best finish in the last race. The Maxi Class podium therefore sees Donald Macpherson’s Freya winning over Vincente Garcia Torres‘ Plis-Play and Pier Luigi Loro Piana‘s My Song.

The Rolex Swan Cup marks the conclusion of the 2022 Swan One Design season, although the ClubSwan 36s will compete in their own European Championships in Croatia next month. The entire season began with the Swan Tuscany Challenge in April, before moving on to the Swan Sardinia Challenge at the end of May. The Swan One Design Worlds followed in July, with Valencia as host port, before the iconic Copa del Rey in Palma set the scene for the Rolex Swan Cup Final.

Donald Macpherson summed up the victory this way: “There is nothing better than winning here at the Rolex Swan Cup in Porto Cervo, I am absolutely thrilled. In the first few races we had lighter wind, then we won on a strong windy day. The first part of the coast today was light wind and Plis-Play in front of us, but then it grew and we started to gain on them, in the end we overtook them and we won. The crew is a mix of professionals, friends and family, it is a good team effort and I am proud of this great crew.”

Among the Mini Maxis, Stephen Cucchiaro‘s Swan 601 Flow wins with a poker of four firsts out of four races sailed. They were followed by Gerard Logel‘s Swan 601 Arobas with five points and Valter Pizzoli‘s Swan 601 Les Amis with seven points. Top of the short ranking for the classic Swan Sparkman & Stephens, where Sunday’s victory by Swan 38 Mascalzone Latino XXXIII allows Vincenzo Onorato to impose himself by one point on Giuseppe Puttini‘s Swan 65 Shirlaf, second. Third place, but eight points behind second, for the smallest boat in the fleet, Eugenio Alphandery‘s Swan 36 Josian. In the Swan Grand Prix class, there is an absolute ruler, the Swan 53 Crilia owned by Gerd Heinz and Christoph Stein, father and son, which wins the Rolex Swan Cup with three firsts and a third partial place. They are followed in the overall standings by Hamid Shahid‘s Swan 58 OM II and Jan Oplander‘s Swan 54 Katima with 10 and 13 points respectively. The ranking on Sunday 18 sees Crilia in first place followed by Katima and Clem primero.

Many big names in sailing raced aboard the ClubSwan 50, making this class particularly competitive. The excellent result on the last day (1-2) achieved by Alberto Franchi‘s Giuliana, with Vasco Vascotto as tactician, was not enough for her to get onto the final podium, formed in order by Louis Balcaen‘s Balthasar with New Zealander Hamish Pepper as tactician, August Schram‘s Stella Maris with Brazil’s Robert Scheidt (winner of five Olympic medals) as tactician, and Marcus Brennecke‘s Hatari, who uses German compatriot Markus Wieser for tactical calls.

Hamish Pepper: “It was a fantastic week, we went into the last race with a comfortable lead and although it didn’t go to plan, a conservative 12th place was good enough considering the rest of the week, with positions never above seventh. We are happy with the victory and for sailing well”.

There was just as much excitement among the ClubSwan 36s where there was a great battle, especially between the top three, in the order of Giangiacomo Serena di Lapigio‘s G Spot, Lorenzo Mondo‘s Farstar and Haakon Lorentzen‘s Mamao, author of the best performance on the final day with a third and a first place. “With Farstar it was a continuous head-to-head,” explained G Spot tactician Michele Paoletti, “here as throughout the season we alternated at the top of the provisional ranking. This morning (Sunday ed.) we took to the water on equal points, we won the first race and they were good at recovering up to the second place, we then started the last race with a one-point lead, we had to keep them behind, it was a real match race, we fought among ourselves and in fact we finished respectively sixth and eighth letting the rest of the fleet go, but this earned us to victory at the Rolex Swan Cup”.

The rankings are published on the YCCS website at www.yccs.it/regate-2022/rolex_swan_cup. 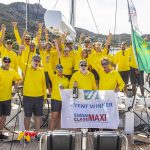 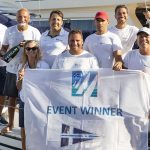 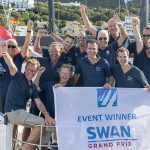 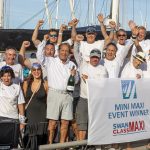 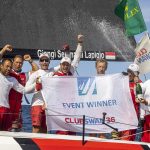 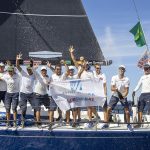 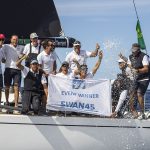 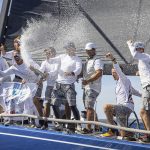 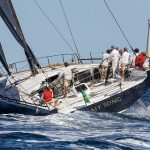 The Rolex Swan Cup is a biennial regatta organised by the Yacht Club Costa Smeralda in collaboration with Nautor’s Swan boatyard and with the support of title sponsor Rolex, with the 22nd edition scheduled for September 2024.

Michael Illbruck, YCCS Commodore, commented: “With the Rolex Swan Cup we conclude two weeks of great sailing in Porto Cervo, with wonderful boats, last week the Maxis and now the Swans. Here we have a fleet that represents the entire history of Nautor, from the first model in the late 1960s, the 36ft Josian, to the most recent launch, the ClubSwan 80 My Song. We have seen the One Design competing in tight stick racing, and the rest of the Swan fleet has not been outdone in the coastal races, which here are very technical indeed. The competitive but always friendly spirit that characterises the Nautor’s Swan world has been a value shared with the YCCS since the first edition of the Swan Cup in 1980. I would like to thank Rolex, the owners and their crews, the International Jury, the Race Committee and all the YCCS staff who have made this and all the other events we organise possible, always with the intention of continuing to improve”.

For 2023 ‘something spectacular’, says Nautor’s Swan
During the award ceremony, Nautor’s Swan president Leonardo Ferragamo said: “I really want to thank so many people for making this week spectacular, another milestone in the history of this great partnership between Yacht Club Costa Smeralda, Rolex and Nautor’s Swan that has been going on for over 40 years. It is the people behind the scenes that really make this event happen. Thank you very much to everyone,’ he said. He added, to applause: “So many of you have said ‘why do we have to wait two years before we come together again for this great event?’ So, we got the message and it has become our goal to work to come up with something spectacular for the Grand Prix and Maxi Swans in the coming year”.