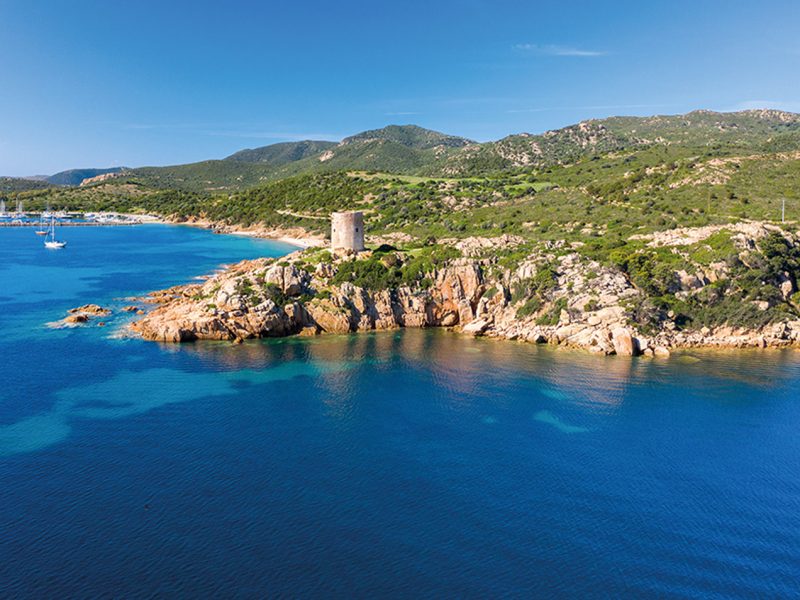 Marina di Teulada, part of the Marinedi Group, is located on a 25-mile stretch of coastline replete with wildlife havens and small bays with crystal-clear water, surrounded by typical Mediterranean scrubland

SOME PEOPLE FLY TO THE CARIBBEAN OR THE MALDIVES TO GET AWAY FROM IT ALL. Some seek exotic travel in Thailand. And some jump on board a sailing or motor yacht and head for the intense blue of the seas around Greece or, in Italy, the better-known waters north of Sardinia. Yet to the south of Italy’s second-largest island, at the heart of the Sulcis Iglesiente, there are magnificent white beaches, crystal-clear water, and green hills that slope gently down to the sea. The Marina di Teulada is a few miles from the small, yet elegant town from which it takes its name, which is the ideal starting point for discovering the beautiful coastline of southern Sardinia.

One such place is Teulada, a true gem of the Mediterranean, with 25 miles of coastline home to wildlife havens and small bays surrounded by typical Mediterranean scrubland, unparalleled views, and unspoilt vegetation. Here, in the narrow inlet of Porto Budello, lies the Marina di Teulada, one of the marinas run by the Marinedi Group, which has made top-quality service its trademark throughout the Italian mainland and islands. Protected to the northeast by a breakwater with a full quay and by a two-leg breakwater to the southeast, the marina has 300 berths and quays over 800 yards long, as well as three floating docks. 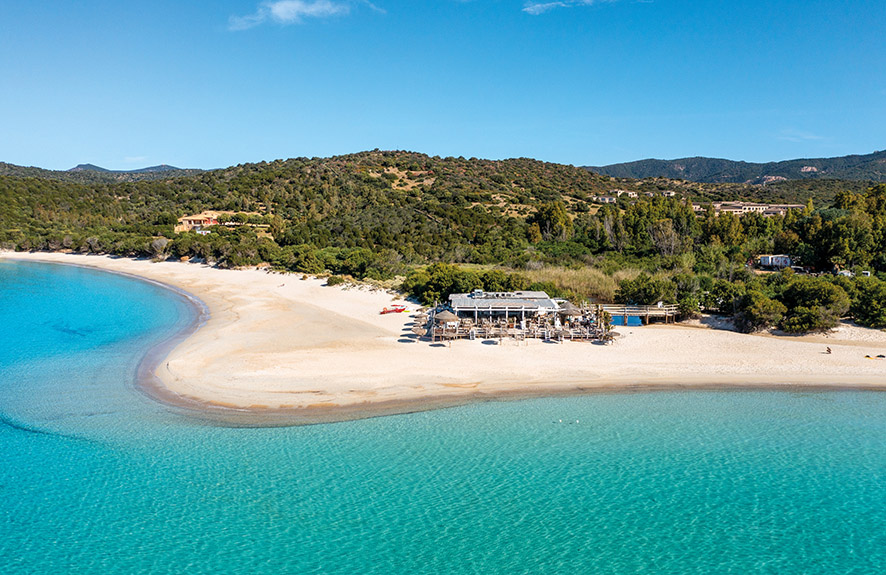 The Teulada region features a series of jagged coasts, small bays, and beaches with extremely fine sand and crystal-clear water. Ancient lookout towers built as protection against frequent Saracen invasions stand out majestically along the coastline, amidst the dense, verdant Mediterranean scrub. Two fine examples are the tower in Porto Budello, located near the beach of Su Portu de S’Arena and the Marina di Teulada, and the tower that dominates the promontory of Capo Malfatano. The nuraghe (megalithic edifices) found throughout the area are particularly interesting. The village that eventually became Teulada was founded in Roman times on the plain of Teulada, near the rural chapel of Sant’Isidoro. At the time it was known as Tegula, from the Latin word for ‘tile’, a reference to the flourishing terracotta industry in the area. In the seventeenth century, it was moved further inland to its current location to escape Saracen attacks.

There are numerous facilities, including a bar, a restaurant, a laundry room, and a small supermarket. And a boatyard will also be opening in the autumn – a useful pit stop for customers needing assistance with their vessels. «It feels more like being in a bay than a port here», Marina di Teulada’s director, Barbara Lai says, clearly proud of the beauty of her homeland. «Our marina is designed for those seeking peace and quiet, who want to enjoy nature away from the chaos of everyday life». There are many sailing boats here, but also motor yachts, including Giorgio Armani’s. It’s a wonderful place, where you can inhale the smell of the sea and helichrysum without any risk of being disturbed. «Even when there’s a strong wind, you just have to travel a mile from the marina and you get to a small bay where you can spend some time in peace and dive into the water for a swim». A place to find complete tranquillity, with just the sea and the sky for company. 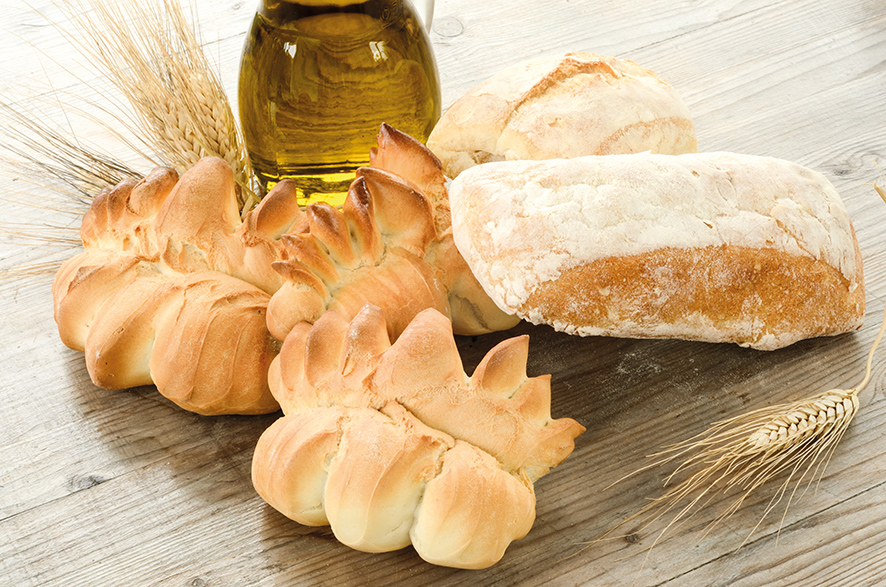 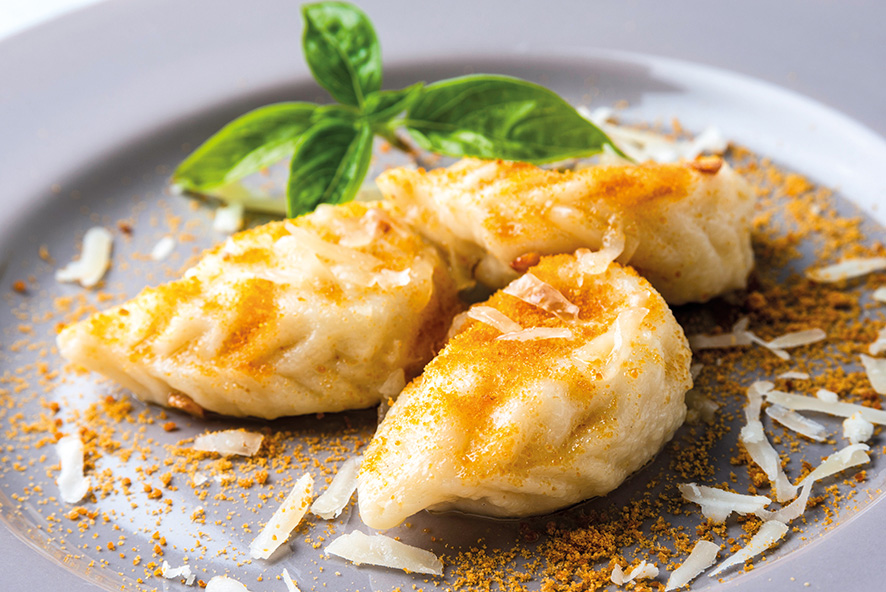 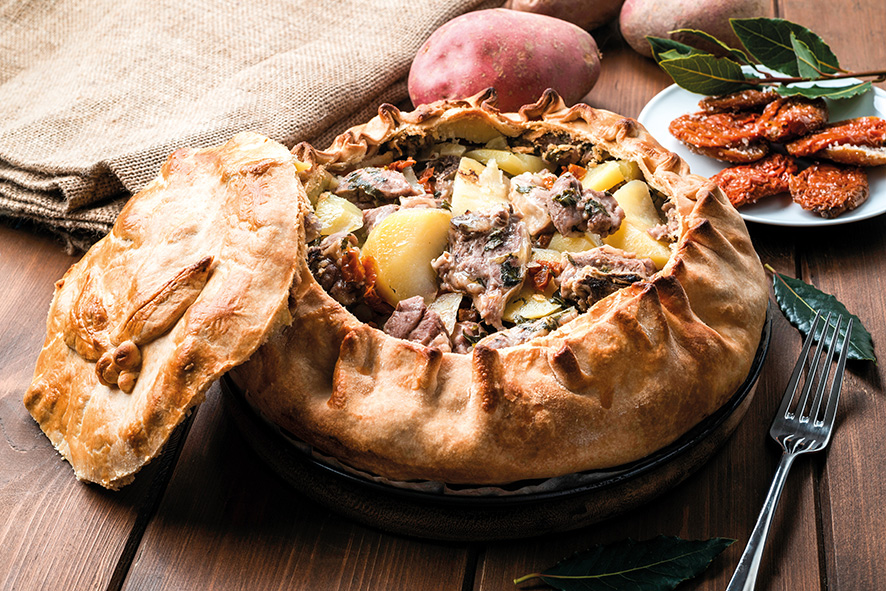 Teulada offers visitors the chance to try a range of culinary delights, including traditional products like Sa Tunda, a durum wheat bread in the shape of a star with seven pizzi, or points, one for every day of the week, with a crunchy crust and soft crumb. You shouldn’t stay in the area without trying the wines from Cantina Santadi, which produces rosés including Carignano del Sulcis, reds like Monica di Sardegna and Cannonau, and whites including Vermentino di Sardegna. The Santadi region is also home to the Is Zuddas caves – tourists can follow a path of around 500 yards inside to admire not only stalactites and stalagmites but also aragonite concretions, their trademark feature. Key summer events in Teulada include the Sagra del Pescatore, a fish festival that takes place at the marina and celebrates the figure of the Madonna del Pescatore.

What was the impact of a year of Covid? Barbara Lai is upbeat: «Fortunately our gloomiest predictions did not come to pass. We thought such a difficult year would have very damaging repercussions». But things turned out differently. «We are comfortably in the black». The Marina di Teulada used to mostly welcome foreigners, but Covid turned this on its head – the Italians started to arrive instead, choosing to bring their boat back to Italy or have it closer at hand than in the past, so they could use it during a year when having your own independent – and, most importantly, safe – space was undoubtedly a key consideration. Boats were seen as protected places for a worry-free holiday, safe from the risk of infection. And it doesn’t seem likely that this trend will be reversed quickly, even when the pandemic is over. «I think many people realised how beneficial it is to have their boat nearby and in a reliable marina like ours». 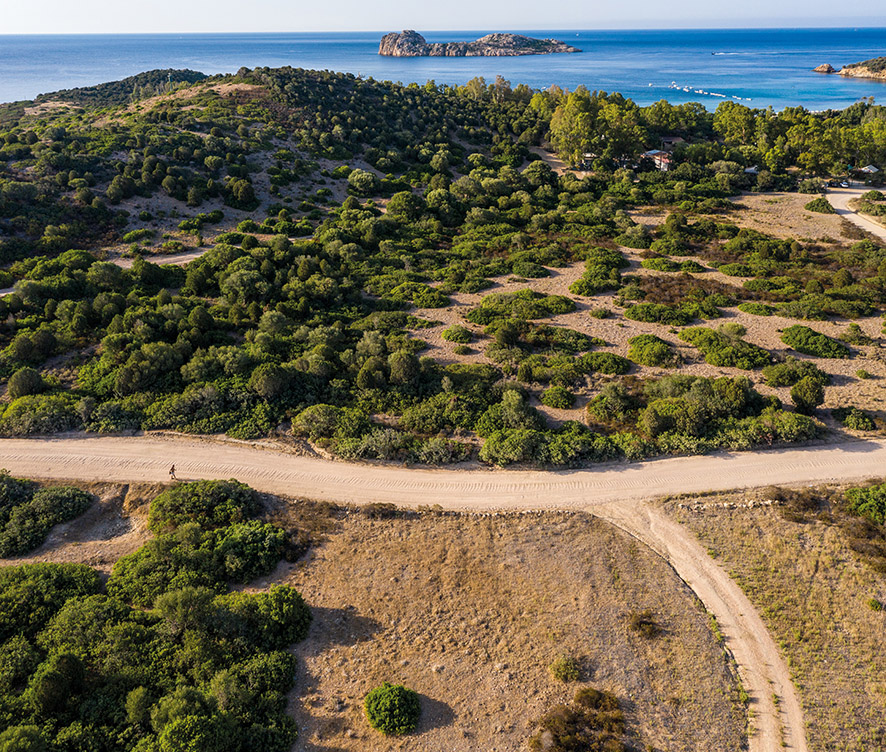 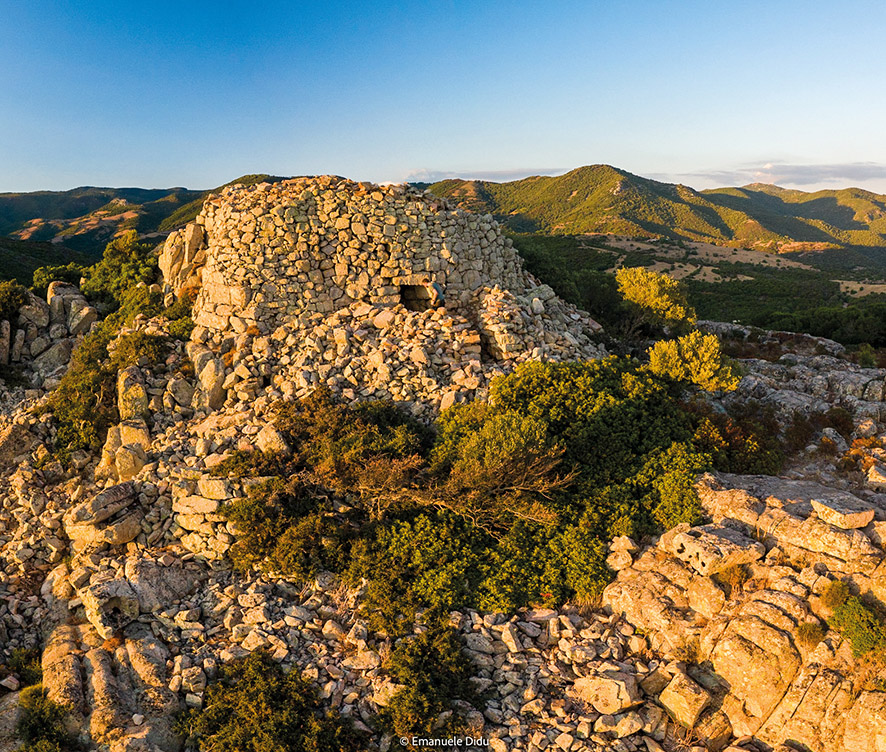 As well as the seaside, Teulada offers a vast range of other attractions. In the town, visitors can admire the mid-seventeenth-century church of the Madonna del Carmine, the baronial house of the Sanjust family – the ancient feudal lords of Teulada – and the chapel of San Francesco. Various paths allow you to explore the natural wonders of the surrounding landscape. These include the Monte Aidu hiking trail, which provides a wonderful panoramic view from the summit, taking in everything from the bay and its marina to Isola Rossa, and the Cammino dei Carbonai trail in the Monte Maria area on the border between the municipalities of Teulada and Domus De Maria. Both paths offer the chance to visit the ruins of the ancient nuraghe. Nature lovers and day-trippers can also visit the forests of Gutturu Mannu and Punta Sebera, which are some of the most biodiverse in Europe. 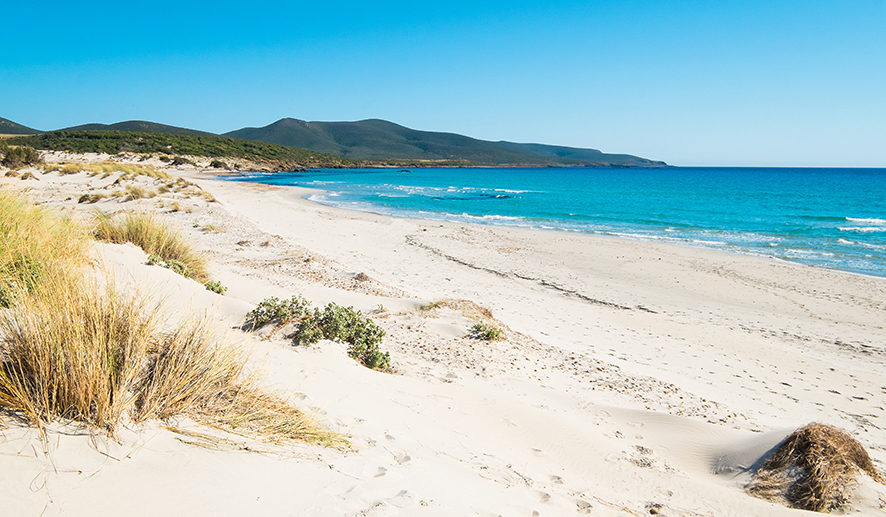 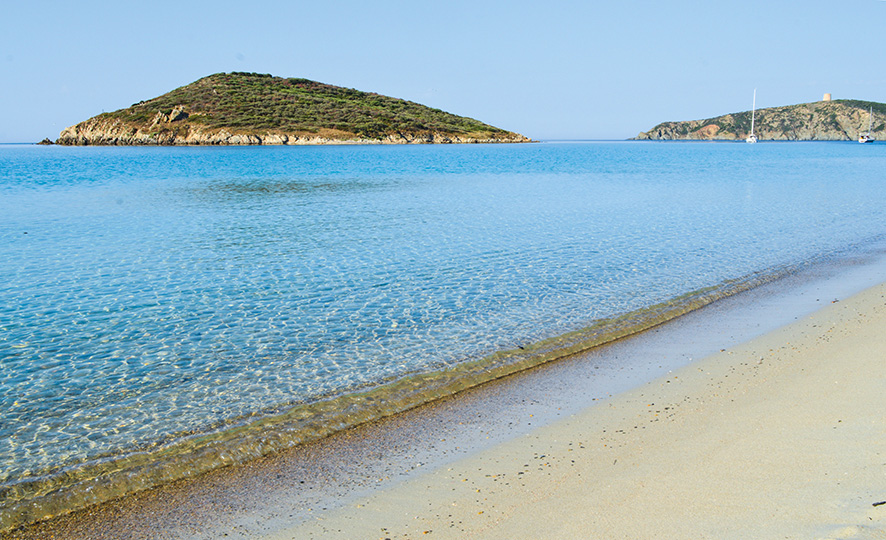 Teulada is best known for its beautiful beaches and its dunes.

So what is the reason for their success? «Undoubtedly, the care we set aside for our customers, the direct, human relationship we have always fostered through the service we offer and our willingness to help come what may». Plus there’s the fact they strive for excellence in everything they do. «Our restaurant only serves local products. The fish is local, delivered by a fisherman each morning. And our wine comes from the prestigious, world-renowned Santadi winery». Small details also make a big difference, and they play an important role at the Marina di Teulada. «Our customers feel pampered and at home, both when they are here and when they move to another of the group’s marinas».

There are 300 berths at Marina di Teulada, quays over 800 yards long, and three floating docks.

All Marinedi ports have high-quality standards. «We believe being part of the group gives us an edge over our competitors. Together we’re stronger – although each marina is different, with its specific qualities, the level of excellence never varies. It allows our customers to feel they are always at home, despite moving from one place to another». In recent years, customer loyalty has increased: «While previously the marina was mostly used by boats on the move, we now have more long-term moorings». The Marina di Teulada is also looking to the future. «We are working on becoming a green port. We have all the prerequisites it takes». They are planning to invest in retrieving rubbish from the water, converting the lighting system, and saving energy, a major effort that will make the Marina di Teulada an even more sparkling gem than it already is.