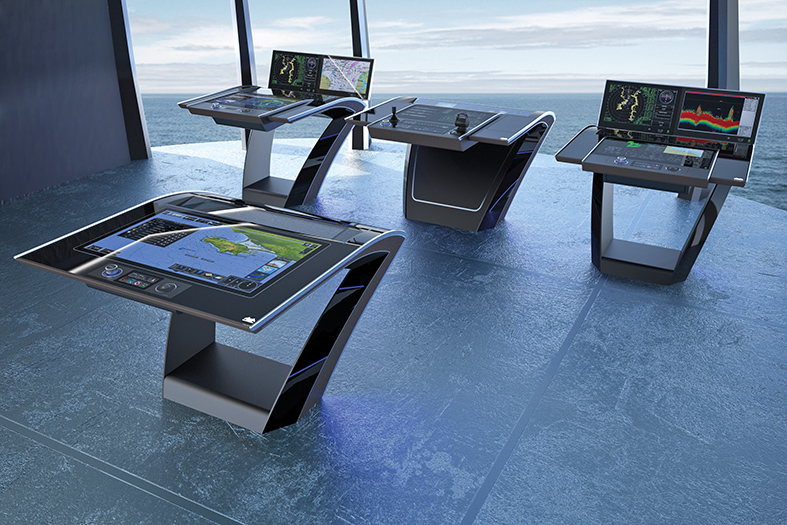 It’s easy to say integration, but what happens on the wheelhouse of a megayacht equipped with instruments made by different manufacturers that meet international regulations for commercial ships?

The bigger a boat is, the more it is customised, and so is the wheelhouse and its electronic instruments. One might think that manufacturing the equipment of a mega or giga yacht is easier than achieving the same result on board of a pleasure craft up to 24 meters in length. And yet, this is not often the case. In most cases, for recreational or commercial vessels, when it comes to integration, one thinks of products of the same brand. But what happens when the instruments are made by different producers?

«There is the IMO regulation, but it is not mandatory», explains Daniele Ceccanti from TEAM Italia. What is interesting is the IBS (Integration Bridge System), which is not very popular because very restrictive. It even intervenes in the aesthetics of the dashboard since it sets rules also on the slant of the displays.

TEAM Italia develops customised wheelhouses, which integrate all the on-board systems and the navigation instruments, controlling also the rudder pumps and the stabilizers. In short, everything that can be controlled and monitored from the dashboard.

“We provide a 360 ° integration, continues Ceccanti, and the difficulty is that we do it with instruments from different companies”. In order to succeed, Team Italia works in close cooperation with the suppliers; so close that it can obtain the communication protocols of all the electronic devices. In this way, the Team Italia team does not intervene physically on an apparatus, perhaps opening it and inserting a cable to communicate with the other instruments, but they do it in a “native” way, in the sense that they leave the instruments absolutely intact, since they know the passwords to put them in communication with one another. This feature is very important, even when safety is concerned.

In fact, the instruments are still guaranteed by the supplier and TEAM Italia produces only an integration structure. It also offers a range of products which best interpret this integration, but the choice lies always with the owner, the surveyor and the captain. If a captain wants a particular model of radar installed because he feels more at ease with it, Team Italia’s custom systems are able to satisfy it. The company creates the system and then chooses the “machines” to interpret it. 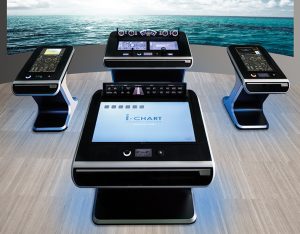 «We are first and foremost experts in software and programming, not sellers and installers of equipment», says Daniele Ceccanti. The advantages are remarkable. Often on the dashboard of mega yachts the radar can be seen on the left or right display. Each captain can customize the maxi screens. This is not completely true, in the sense that one can only choose where to “project” the radar screenshot, but then there is a dedicated keyboard to make it work.

The difference with the systems produced by TEAM Italia is that there is a single keyboard controlling the whole system. Team Italia’s philosophy is to have many different instruments, but one single command tool.

They succeed in their work because they know the protocols and therefore it is not necessary to install several keyboards to make the many instruments on board to function, because one is enough. It’s easier, it’s more comfortable, it’s safer and it’s even better from an aesthetic point of view, since the owner’s designer will be freer to decide how to design the bridge of the mega yacht.«Now it’s much easier than a few years ago, explains Ceccanti, because companies now understand that integration is essential and we cannot be satisfied with only making instruments produced by the same company interface».