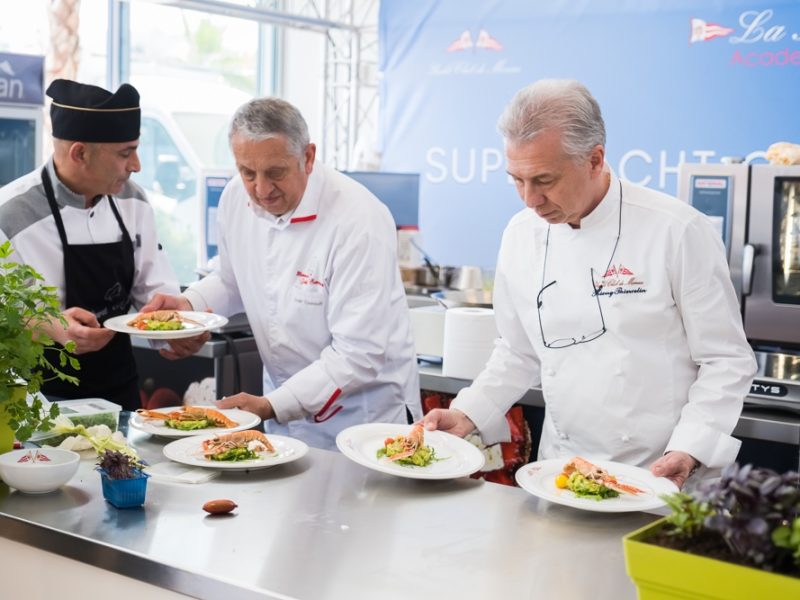 Under the sponsorship of its La Belle Classe Academy training centre for Luxury Yachting professionals, for the third year running Yacht Club de Monaco has partnered bluewater for this one-of-its-kind culinary competition on 7th April 2022.

“As part of Monaco, Capital of Advanced Yachting, we want to position Monaco as a centre of excellence in the Luxury Yachting sector, and that includes training,” says YCM General Secretary Bernard d’Alessandri. “A competition like this one is a great opportunity for professional superyacht chefs to showcase their skills”. 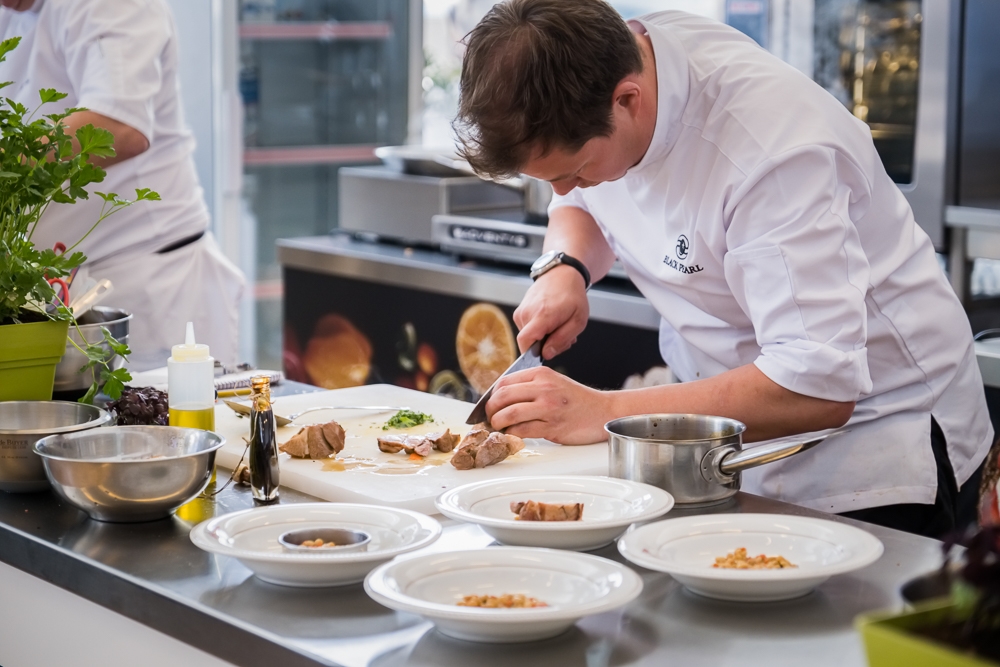 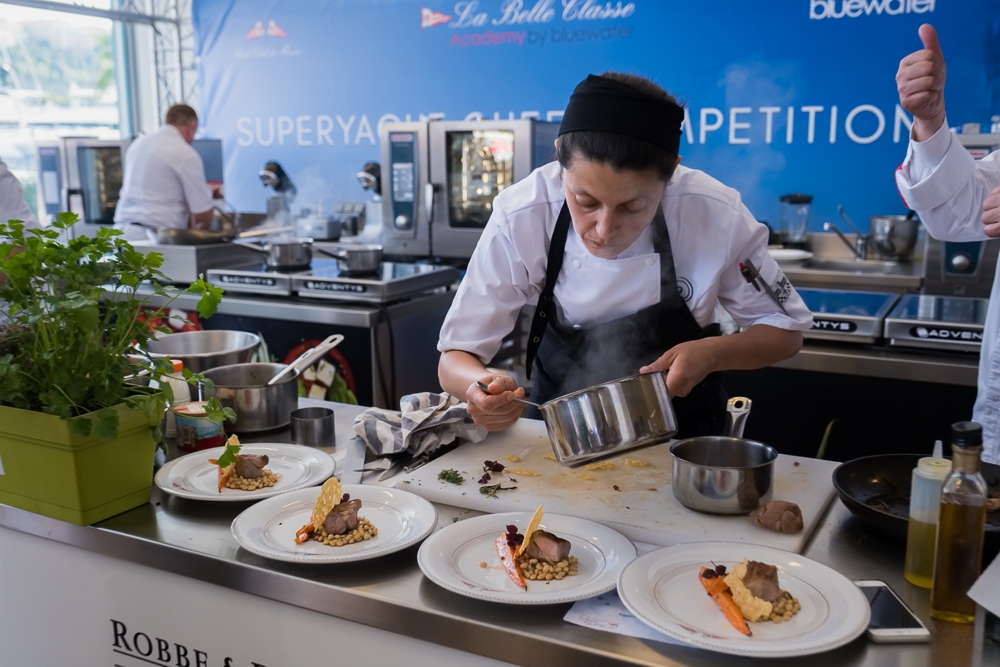 Of note this year is that for the first time since the competition launched, there is an anti-waste criterium overseen by Chef Gilles Brunner, professor of cuisine at the Lycée Technique et Hôtelier de Monaco (vocational and catering school). The concept is simple: if one of the mystery ingredients in the basket is not used, the chef is given a penalty based on an external scoring grid.

Each chef is required to create a dish from a basket of mystery ingredients, mainly seafood produce, put together by Chef Joël Garault with support from Maison del Gusto. The basket will be unveiled before each of the three rounds of 40 minutes from which three finalists will emerge. For the finale, these three will prepare a main dish and a dessert in a bid to win the contest.

For Yacht Club de Monaco, the competition is a way to pay tribute to trades in the Luxury Yachting sector which numbers 252 companies in the Principality, and position Monaco as Capital of Advanced Yachting.