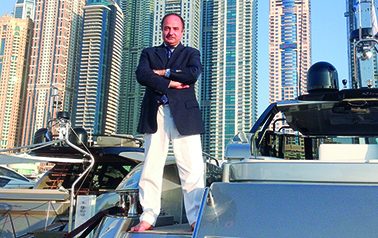 Abolish all public subsidies to really boost entrepreneurial freedom. Opt for competition based on the best ideas

THE NEWSPAPER GAZZETTA DEL SUD READS: “In 1908, Messina represented a dynamic and vital business centre. The port was an efficient maritime hub for the distribution of goods produced in the economic system but, above all, a consistent mooring point for navigation lines.” I am thinking of what Calabria, Sicily and Campania are today: outstandingly charming regions with a unique world heritage in nature, arts, culture and food.

I am thinking of what these regions might be without the welfare and the on-going research for a survival shortcut. The possibility of having access to public funds for any initiative kills free competition and also destroys any emerging company in its early stages. It promotes corruption and encourages organised crime. In the USA, competition between companies is so fierce, but always causes economic growth in the relevant sector. In Miami there are two Companies that organise two nautical events at the same time, without collaborating together, but fully compete on different targets which overlap in some cases.

In the end the winner emerges based on the impetus of the idea. On the contrary Italian companies don’t budge if public funds are not provided. A new edition of the Nauticsud was organised in Naples. But this would not have happened without the support of institutions. This edition was successful and has satisfied Neapolitans’ attraction to boats. But why is this initiative never brought up by private individuals willing to risk on a project to meet the real needs of the market? Where are the industry market leaders willing to invest funds and put their name on it because they believe in producing wealth for themselves and the society?

I would abolish all incentives to companies in exchange for a lower tax burden. Sponsors and corruption in the public administration would disappear all of a sudden. If you have the financial means you could organise an exhibition otherwise you don’t. If you want to construct a touristic marina you may do so with your money as Agostino Gallozzi did in Salerno and Paolo Vitelli in Varazze. You do not throw taxpayers’ money in useless initiatives as in Fiumicino or in other contexts.