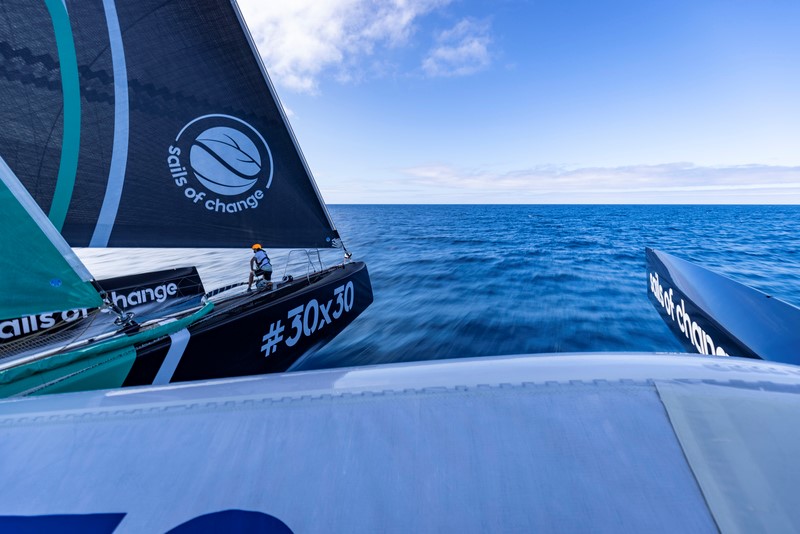 Dona Bertarelli and Yann Guichard unveil this year’s sporting calendar for the Spindrift team. There will be a second participation in the TF35 circuit and four standby periods with the maxi-trimaran Sails of Change in an attempt to break several records, including the Jules Verne Trophy. In addition to the sporting calendar, the appointment of Sébastien Duclos as Executive Director of the team was also announced.

Spindrift has an ambitious programme for 2022: the TF35 crew will take part in the second season of the TF35 Trophy circuit with six events scheduled. In addition, the maxi-trimaran Sails of Change will be on standby several times during the year in an attempt to break a number of records. Yann Guichard explains: “The TF35s are demanding and technical next-generation foiling catamarans. They require extreme flight control and pinpoint precision in terms of crew coordination. In 2021, we finished the first season in 3rd place with the boats that had just been delivered to us. We are very proud to have been competitive in such a short time and with a newly formed team. We want to repeat this year and try to improve on our 2021 results.” 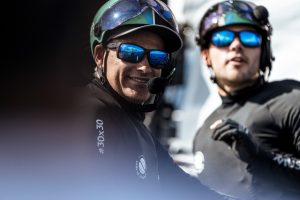 To complete the training sessions, the team will be on standby from mid-April to mid-May, at the end of June and then again throughout August for a series of potential record attempts. Depending on weather conditions, alternatives include the Discovery Route (from Cadiz in Spain to San Salvador in the Bahamas), the 24-hour record (longest distance sailed in 24 hours), Round Britain and Ireland, Cowes-Dinard and/or Plymouth-La Rochelle.

Another highlight was the One Ocean Summit held in Brest from 9 to 11 February. Dona Bertarelli, on Friday, had the opportunity to speak at the plenary session before the President of the French Republic, Emmanuel Macron, heads of state and government, representatives of the UN, the European Union, non-governmental organisations and directors of some of the most important players in European shipping. Dona’s aim was to bring a message from the international scientific community and ask governments to protect at least 30% of our planet by 2030. 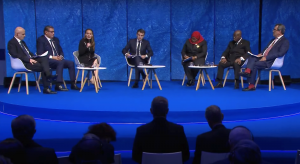 Dona Bertarelli explains: “We are already supporting this 30 by 30 message on both our boats to raise public awareness, and we will continue our work to raise awareness among the younger generation with our Spindrift for Schools programme. We sincerely hope that these complementary activities will contribute to the protection of our planet.”

On 31 January 2022, Dona Bertarelli and Yann Guichard announced the end of Spindrift’s standby for the Jules Verne Trophy record attempt. This date also coincided with the end of Jean-Sébastien Chénier Proteau’s mission as executive director of the Spindrift team, a role he has held since October 2019. Indeed, by mutual agreement with Dona Bertarelli and Yann Guichard, Jean-Sébastien Chénier Proteau has accepted the offer to manage the brand new Canadian team on the SailGP circuit.