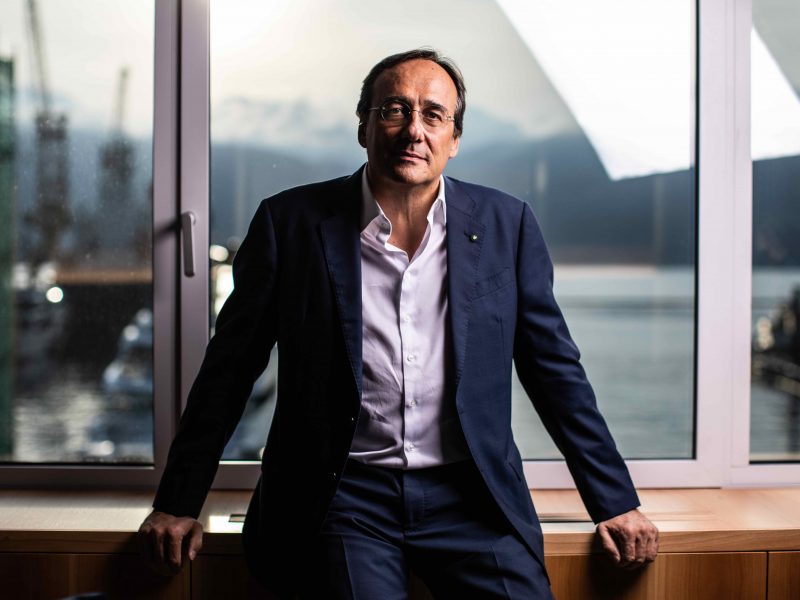 Sanlorenzo, at the top of the world production of yachts and superyachts, is again a totally Italian property. Massimo Perotti, chairman and CEO of the company, has repurchased the shares sold in 2013. Due to this important step, Perotti’s Family now owns 96% of the share capital.

Mr. Massimo Perotti, Chairman and CEO of the company, has in fact repurchased 23% of the Sanlorenzo’s shares from the Chinese Sundiro Holding, which he had let enter the company’s capital in 2013 to withstand the crisis that the nautical sector was experiencing. Sanlorenzo SpA was assisted in the negotiation of the transaction by Studio Musumeci, Altara, Desana and Associates for the legal aspects and by RSM Studio Palea Lauri Gerla.

An important step that today sees the Perotti family owning 96% of the share capital of Sanlorenzo SpA through the Holding Happy Life (which also includes the two sons Cecilia and Cesare Perotti) after the further repurchase, a few months ago, of the 16% that had been sold to Fondo Italiano di Investimento in 2010. The remaining 4% is in the hands of management.

These operations reconfirm the positive results of Sanlorenzo growth in recent years.

“The numbers recorded show it perfectly – stated Massimo Perotti- the turnover has grown from 300 million in 2017 to 380 in 2018 and for 2019 we estimate a further growth of 20%. We also have 500 million order backlog between 2019 and 2020. But we do not stop here and aim to invest 100 million euros by 2020 of which 52% in new plants to increase production capacity, 42% in new products expanding the offer with new models able to meet the growing demand of the international market and 6% in development and research.”

Alongside these investments, the company has also recently launched an important new project for young people: the “Sanlorenzo Academy“. Born from an idea by Mr. Massimo Perotti, the Academy aims at creating specialized professionals whom the world of work currently lacks and needs, providing training opportunities for young people to be employed.

This initiative creates a major virtuous circle involving industry, education and the world of work, investing in new generations and fostering employment.