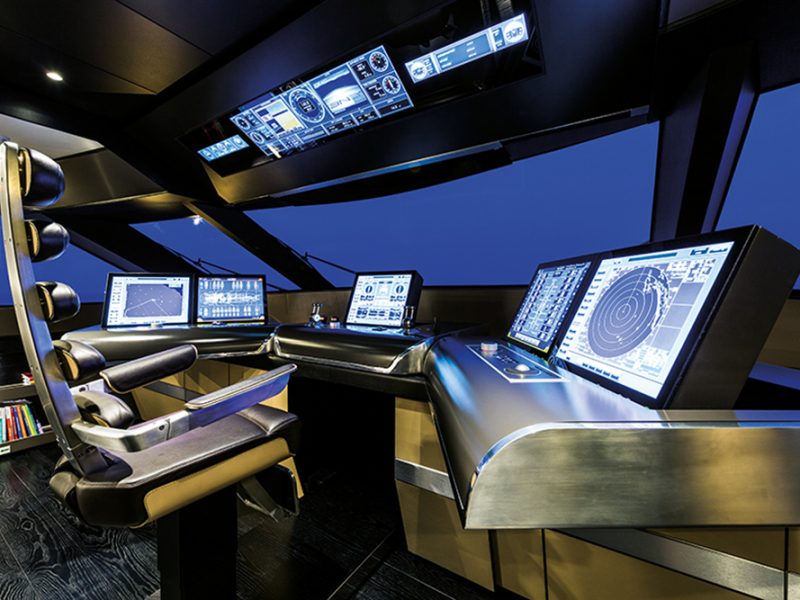 In this article, we try to gain a better understanding of hybrid propulsion systems, their potential and what we can expect from them in the near future

A SAILING BOAT PLOUGHING THROUGH THE SEA: THAT’S IT, the vision that always comes to mind when we need to picture the concept of travelling in silence. But is that still the case today? Technology is making progress, both on-road and at sea, offering solutions such as electric propulsion and similar, which allow us to ‘do away’ with noise when we want to travel in total silence. Something that does not make us lament the lack of powerful diesel engines, but that, once we have reached an isolated bay or when travelling by night, allows us to appreciate the ‘noise’ of the waves.

Would a hybrid perhaps be the right solution? But first of all, what do we mean by hybrid? Let’s make it simple: by hybrid, we mean a boat with two engines onboard, a traditional diesel engine and an electric engine, just like in one of today’s commonplace hybrid cars, seeking to make the most of each of the two forms of propulsion technology.

Hybrid propulsion for boats is still relatively new, but it has been talked about a lot over recent years and it is associated with the words ENVIRONMENT, SUSTAINABILITY, GREEN and ZERO EMISSIONS. Despite its tender age and the fact that the market only really features prototypes, for now, designers have let their imaginations run riot and have come up with many variants. There are so many different proposals and systems that even I admit to feeling somewhat lost. So let’s try to create a bit of order and study how the various systems differ, looking at their advantages and disadvantages. These are of course subjective issues, but they should provide you with some inspiration. We’ll begin by identifying two main categories: series hybrids and parallel hybrids. 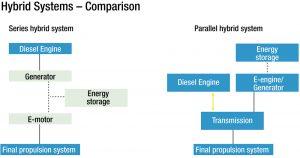 In the series hybrid system, the combustion engine is not linked directly to the propeller but is instead used to generate electricity (it is coupled with an alternator). The electricity generated is converted into the continuous current before being distributed and stored in the batteries. An inverter then transforms it into alternating current to power the electric propulsion engine. The only real difference compared to a traditional electric diesel is the presence of on-board batteries that store energy for the electric engine. It is targeted at large yachts or commercial boats with specific navigation requirements.

In the parallel hybrid system, the connection is preserved between the combustion engine and the propeller. Most of the market interest is focused on the parallel hybrid, perhaps because of its versatility and the lower costs involved, making it applicable for smaller vessels too and therefore the HYBRID FOR EVERYONE. There are so many variants that the owner or yard can choose from a wide range offered by many different builders. What is important is to choose the most suitable system. In this article, I will try to list some of the best-known systems, to me at least, to paint an impartial picture, without claiming to have found the perfect solution for every application. I will be offering a general overview of how they work and an idea, albeit a personal one, of the potential advantages and disadvantages. I will then concentrate on the systems I know best due to having worked in fairly close contact with them. Let’s get started! 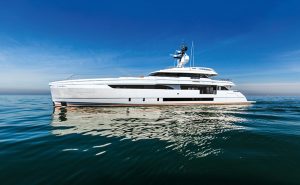 The diesel-electric propulsion of the Wider 150, paired with Azipod, has a modular system that offers a high level of flexibility thanks to four variable-speed generators of 350kW each, which are able to operate independently.

We’ll concentrate for a moment on parallel hybrid systems. There are two different types in this category:

The PTI can be installed on a shaft on the speed reducer or a gearbox between the engine and reducer. The gearbox, with an axle parallel to the main propeller shaft, contains an engagement and release system that allows for different combinations of the combustion engine and the electric engine, situated parallel to the propeller shaft. The second category, with the electric engine between the diesel engine and reducer, provides for a combination of coaxial shafts integrated with the diesel and electric engines, combined with clutches that allow for diesel or electric propulsion according to the propulsion requirements. These two completely different systems offer the possibility to generate a very similar combination of diesel or electric power. A hybrid system offers greater comfort, optimised costs and lower emissions. However, one disadvantage is its cost, which is significantly higher than the traditional system. The biggest players are the best-known names in electrics (Siemens, ABB, Emerson, etc.), working directly with the yards on specific projects. The electricity-producing units often run at variable speeds to optimise performance. 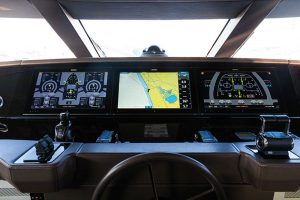 The first Sanlorenzo SL 106 Hybrid has been made in a prototype version with 120kW of power to the electric shaft.

A hybrid design makes it possible to optimise consumption, with a careful combination of generator and propulsion unit operating profiles, generating electrical current during diesel propulsion. The applied systems can operate in pure electric mode, but can also incorporate a series of options to be evaluated to boost our boat’s energy efficiency. 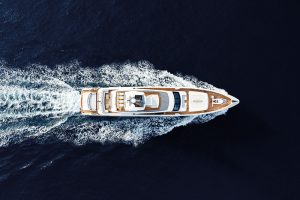 I am referring, for example, to the booster function, which can boost propulsion, allowing for the installation of a smaller diesel engine on board, while still offering the same performance. It is not easy to say which of the other systems is the best. It depends on the boat specifications, its use, the proposed price, the dimensions… perhaps on fashions and trends, depending on the geographical area in question. 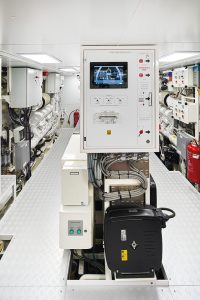 In short, the list goes on, but let’s not forget the energy storage issue, namely the batteries, which act as the nerve centre of the system and present a new challenge to be resolved on board: first and foremost space, then their weight and the potential danger they pose. In other words, everything, innovative, green, hybrid… but it has to be weighed up carefully, under the guidance of experts who know how to design the system in the best possible way, without being led by those who only highlight the benefits. Whatever the system, it is truly indispensable to set out exactly what you expect of it right from the start. In my next few articles, I will try to give you a general overview of what the market has to offer and my own experiences, offering you my contribution to the case-by-case evaluation of which systems are worth having on board: a different hybrid for every boat!