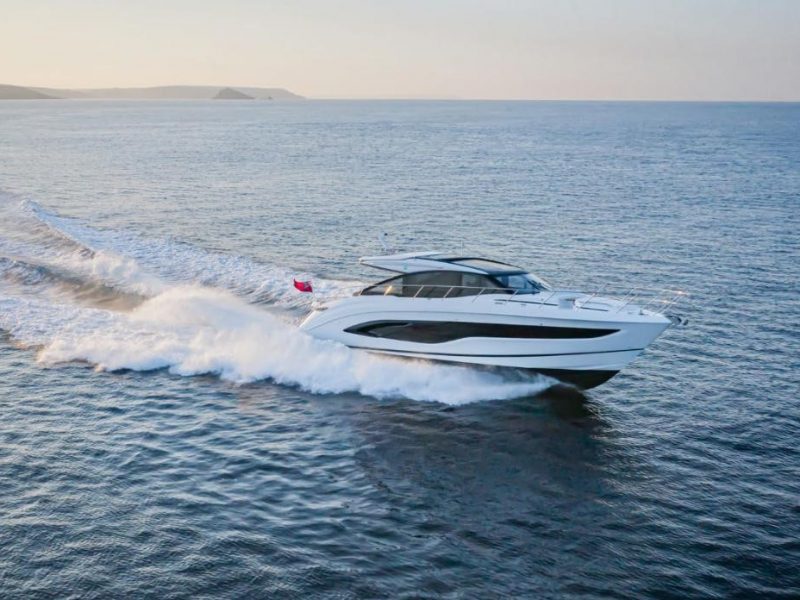 The pandemic challenges have not stopped Princess Yachts, which this year has sold 20 units of the ‘superfly’ Princess X95, ordered over the past 18 months. Earlier this year, the company also announced the launch of the all-new Princess Y72, powered by twin MAN V12 1650mhp engines providing up to 34 knots of power, is due to launch in 2022.

The Princess Y95 becomes the flagship of the Y Class range. With Princess’s latest hull form and an efficient wave-piercing bow, she reaches speeds up to 24 knots. Standing out are a spacious garage, transformer bathing platform and the option of a beach club.

As the UK’s largest yacht manufacturer will attend the next Southampton International Boat Show with a five yachts lineup that includes V55, S62 and S66 sportbridges, plus the F45 and F55 flybridge models

The V55 sports yacht is part of the iconic V Class line-up, with the addition of the V50, V60, V65 and V78 models that joined the existing V40. Her innovative V-shaped hull provides the foundation to the V55’s agility and ability to deliver on a clear brief for the modern sports yacht owner’s demands.

The Princess F45 is a compact flybridge yacht that features a full-beam owner’s cabin, extended flybridge and an electronically-controlled sliding transom, which increases the size of the cockpit area at the touch of a button by 60 cm. 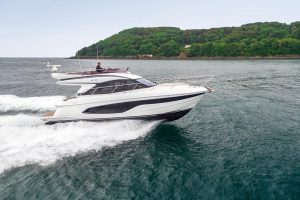 Designed for outdoor living, Princess F55 17.80m2 flybridge features a convertible sunbed, twin helm seats, a wetbar and ergonomic dining areas. Below deck, both the master stateroom and forward cabin feature large double beds whilst the starboard guest cabin with two single beds can also be converted into a double. 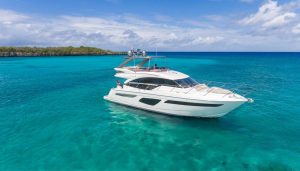 The S66 features a lightweight deep- V hull coupled with the latest MAN V12-1400 engines to deliver 38 knots. Standing out are the sweeping panoramic glazing sections on both the hull and superstructure. Designed for outdoor lifestyles, the S66 offers generously appointed deck areas, which include a spacious foredeck seating area. The hydraulic bathing platform features a 3.3m tender. 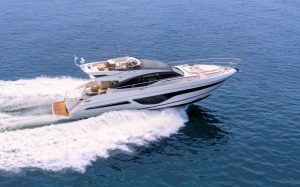 Like its larger siblings, the S62 is built upon Princess’s renowned V-shaped hull and coupled with the latest MAN V8 1200 engines. An electro-hydraulic bathing platform creates a convenient launch system for a 3.3m tender, a jet ski, or simply a secluded base from which to swim. Below deck, six guests are accommodated across an en-suite full-beam owner’s stateroom and two further guest cabins with the option of an additional crew cabin aft. 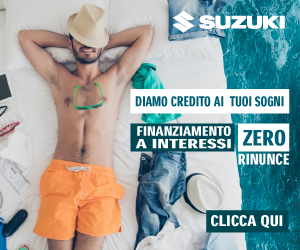