Symbol of a better Italy, the editorial by Franco Michienzi 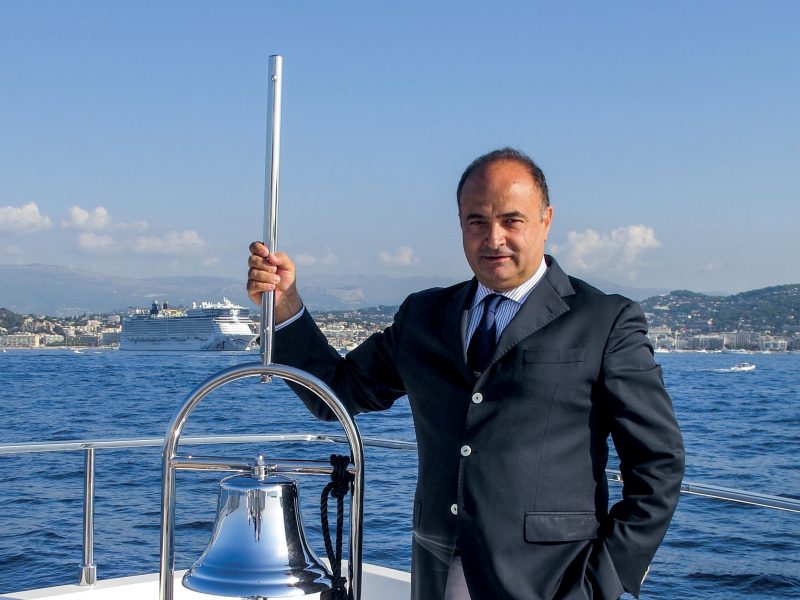 The new San Giorgio Bridge is the symbol of an Italy that excels in many different ways, as will also be illustrated at the Genoa International Boat Show in October

Genoa’s new San Giorgio Bridge, which opened on 3 August, demonstrates that most things in life are within our reach and that the decisions leading to these actions require great willpower. Without those decisions and the willpower of the 1184 people who proudly built the bridge, this exceptional result would not have been possible. «Those who do not give in to adversity will ultimately win: Genoa has its bridge. We’d promised you would have it and that promise has become reality, today more than ever before». These are the words of the President of the Region of Liguria, Giovanni Toti. Willpower, pride, and vision were all fundamental to this amazing feat.

The architect Renzo Piano is the man who came up with and donated the design for the link that now replaces the Morandi Bridge, which collapsed on 14 August 2018, taking forty-three lives with it. During these months, Piano has supervised the construction step by step, often visiting the site and advising moderation and silence when tones began to get too heated. «It was a serious piece of work, not a miracle. The opening day was one of gratitude and I would have liked to have been able to hug everyone who worked on the San Giorgio Bridge. Last year, during the first anniversary, I said that the only thing we could do was remain silent and look at the sea, which is our great consolation. Things are different now and we are suspended between two very different feelings. We have our grief for the victims, the mourning that we still have to process, that has not yet become history. The suffering we feel inside. And then we have our pride in the work completed by all the men and women who built the Bridge».

The construction of the Bridge marks the end of a process, but also a new starting point, given the fact that this infrastructure has become something of a symbol for Italy. It is a model that shows how major projects can be done well and on time. The bridge has a real and symbolic meaning, because it links, unites, and mends a wounded region.

For the construction of the new Bridge, Salini Impregilo, which worked with Fincantieri in the Pergenova joint venture, used 67,000 m3 of concrete and 26,000 tonnes of steel: this is equivalent to the weight of three Eiffel Towers.

The commissioner and mayor of Genoa stated: «The Bridge is made of an enormous quantity of steel processed in the Fincantieri plants, plus a few plants in Genoa such as the San Giorgio. These pieces were all mounted onto a framework created by Salini Impregilo with the help of Fagioli, a major firm from Emilia Romagna. The whole of Italy has contributed to the Bridge, which is why I talk about an Italian Model».

One of Genoa’s fundamental transport arteries has been restored, but above all the city has been elevated in the eyes of the world to symbolize Italy’s ability to react to problems with determination and pride. The same determination and pride are being shown by the organizers of the International Boat Show which today, as never before, is tasked with reacting to a world economic situation laden with uncertainty, demonstrating that Italian boat production is also based on excellence. The Boat Show will be a major event able to restore faith to tens of thousands of workers who are currently worried about the future. Following on from the opening of the San Giorgio Bridge, Genoa will be the world yachting capital now more than ever before.