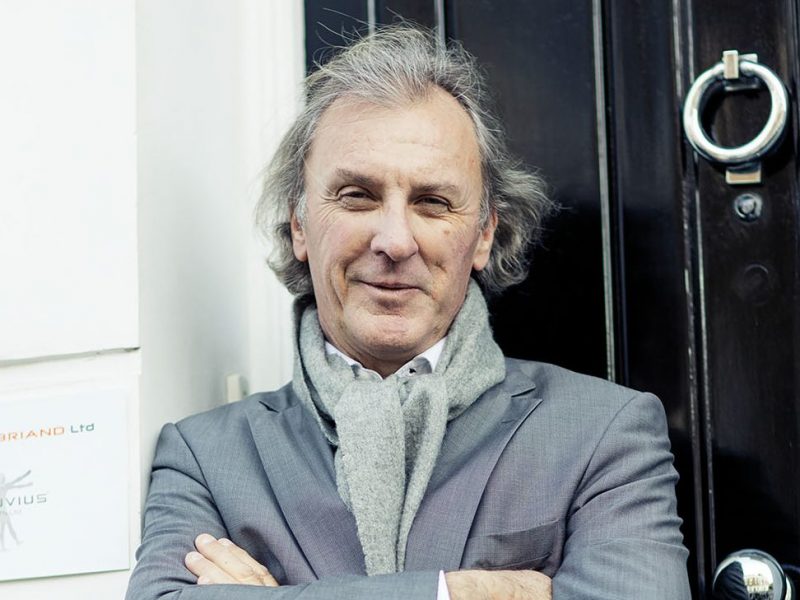 Very often, when we look at a boat moored in the harbour, on the horizon of the sea, or sailing to win the America’s Cup, we concentrate on a whole series of details, but we don’t often think about the person that is behind the project. 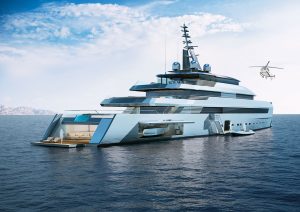 That is why we wanted to interview one of the most famous boat designers in the world: Philippe Briand. A Frenchman from La Rochelle, which is now nicknamed the Silicon Valley of sailing. His pencil has produced a number of important sailing and motor boat projects which are well known in the international yachting sector.

Which fan of yachting, especially sailing, hasn’t heard of and perhaps has had the good luck to sail on board a boat from Bénéteau, Jeanneau or Perini Navi? Just think that Philippe is the designer of over twelve thousand of them!

Philippe seems to have the sea running through his veins.

He was born and grew up amongst the boats of La Rochelle, and is the son of sailing and America’s Cup enthusiasts. Philippe was very young, just eleven, when he drew his first sketches of boats, as he dreamed of boats that could plough the waves better than others. Five years later he finished his first real project: a 25-foot, IOR Quarter Tonner for a yard in Alicante. 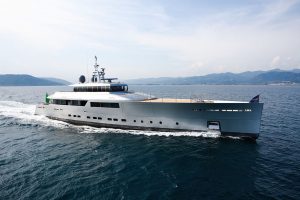 «The first big projects came from the first drawings, the ones which led to the construction of boats which have won the World Championship. As many as eight have taken part as challengers in the America’s Cup and in 2003 one, Mari-Cha IV, set the record for crossing the Atlantic in 6 days, 17 hours and 52 minutes and all of them have stayed in my heart» – he tells me laughing while, he confesses, he is drawing a 60-foot boat.

The special moment which marked his career was meeting Pelle Petterson, a car designer and architect of boats, including the Swedish one that took part in the America’s Cup. «I was lucky enough to work with him during a job placement in his design studio in Sweden and that short time working together was fundamental to get a global vision of project design which I have never forgotten».

«In the project and in building a boat», explains Phillippe Briand, «the designer has to have a global vision of the boat. At the start, I only took charge of designing the hull, but then, when I started to design boats for races, I also had to think of the needs of the crew and safety under sail. The vision grew further with the designs of the superyachts which have forced me to consider projects in terms of construction costs as well, while keeping a certain aesthetic look and concentrating on design, which is the heart of my work».

Phillippe Briand is currently working on the design of four motor boats – 52, 56 and 58 feet long – with Feadship and an 80 metre boat with Turquoise, which are already under construction. There is “just” the one sailing boat, a 50 metre one. He speaks with pride of the 70-metre sailing yacht Sybaris, which has won a number of prizes, and other projects for Jeanneau. To give an idea of what is happening, Philippe says that the yards where these boats are built are mostly European and the clients are practically all American.

A question that a lot of superyacht fans have passed to us is the reason for the fall in recent years in the number of sailing boats of over 40 metres. I ask him and he answers: «Nowadays that world is only made up of people who are real fans», he complains «people from the old generation, who have grown up in sailing culture, and who know how to recognise a sophisticated product. But it is a clientele that is slowly disappearing. Today’s generation», he continues, «doesn’t any longer have that culture, and can’t understand the differences that a sailing boat offers compared to a motor-powered boat».

As far as interests outside work are concerned, Phillippe Briand says that he reads a lot of books, but nothing is more important than his work as a designer, which occupies most of his brain. «My real passion is my work», he comments, «it is the passion that makes me work». «The only small regret», he says laughing, «is the small amount of time I have left to go out on the sea», but he says that he took part in a world championship two years ago in La Rochelle, and, with a friendly twinkle of pride, says that they came in 25th out of 85.