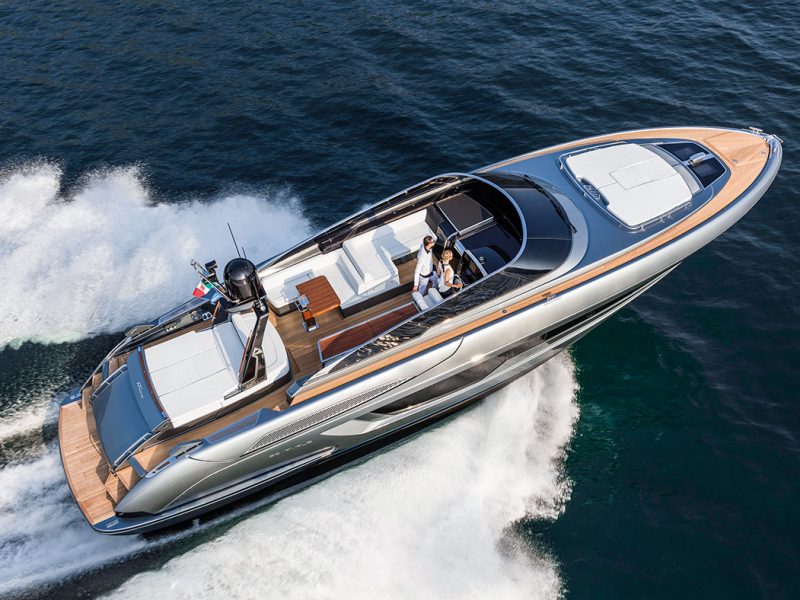 Founded by Mauro Micheli and Sergio Beretta Officina Italiana Design has made stylistic rigour its trademark, creating boats that have gained iconic status in the international nautical world 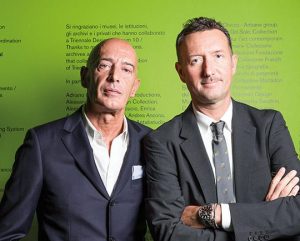 There are still people who are amazed by the fact that style and design icons Riva boats are thought up and designed in an office in Bergamo. «Everything developed so naturally that, if you think about it, it perhaps couldn’t have happened any other way», explains Sergio Beretta, CEO and founder – together with Mauro Micheli – of Officina Italiana Design, which for over twenty years has continued to write the history of one of the best-known Italian brands in the world, Riva. «Lake Iseo is only 20 minutes from Bergamo and essentially Riva motorboats were initially designed for use on lakes».

When it comes to good design, attention to detail, high performance and perfect execution, combined with a typically Italian remarkable mastery of craftsmanship, everything changes: the place things actually come from no longer matters. Especially when you are talking about boats, the distance between a lake and the sea decreases. 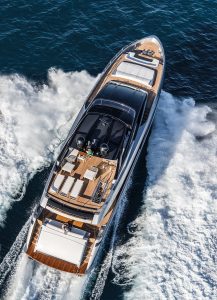 «And to think that everything started out nearly by accident», adds Mauro Micheli, chief designer at the design studio. «Being a yacht designer was not one of the jobs that I had wanted to do when I grew up. After attending an arts-focussed high school, I studied at the Brera Academy in Milan and I was, and still am, fascinated by art and its power: Masaccio, Piero della Francesca, Paolo Uccello and Giovan Battista Moroni. But also by contemporary art: nowadays my favourites include Gilbert&George, Bruce Nauman and Barbara Kruger, and I love to visit exhibitions and modern art galleries, which are always a source of emotion and inspiration», adds the designer.

It is thus no surprise that Micheli likes drawing freehand: «When I draw I can lose myself in concentration; I find myself». And it is no surprise that Gino Gervasoni, the son-in-law of the great Carlo Riva, was fascinated by how Micheli drew by hand when he was working in-house at Riva. His skill led to him being taken on at the Riva style centre, and gave him the chance to absorb the full Riva DNA in his ten years there. Then he moved on, in 1994, but without ever cutting his ties with Riva.

«I pushed Mauro to found Officina Italiana Design, precisely because I was convinced that his creative ability could be freed up more, just like an artist in his workshop», explains Sergio Beretta. «We created the studio in a warehouse: it was a small place in Adrara San Martino, a village inland from Lake Iseo. We gradually got bigger, and then moved on». 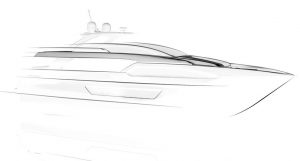 Nowadays the studio is in the heart of Bergamo, in a late 19th century building, in the same street as the Carrara Art Academy and Gamec, a very active modern and contemporary art gallery, of which Mauro Micheli and Sergio Beretta are supporting members. The team has grown over the years; everyone has got their own role and specific responsibility. Mauro Micheli is the creative brain and coordinates nine designers.

Sergio Beretta does the managerial part, handles contacts and administration, and organises the studio and relationship with staff. This is the secret behind a professional relationship which has lasted over 20 years. «We learnt to respect each other and to keep our rights to make our own decisions in our different areas of responsibility», explains Sergio Beretta, «but we all take part in the creative stage: Mauro always asks me for feedback, especially on smaller boats, where I also have some experience. I am fussy about these things and I always make a list of things, which shouldn’t be forgotten on boats, which Mauro often takes into account. On the Rivamare, for example, I suggested adding separate rubbish bins for recycling, obviously completed covered with polished mahogany». 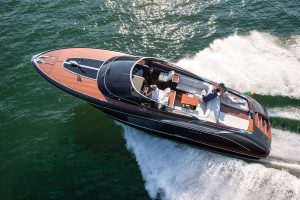 Because at Officina Italiana Design , as at all the best “craft workshops”, it is the details that make the difference and contribute to the lasting success of a brand like Riva, whose boats are works of art, and are characterised by clean and essential lines. In part because of this, the boats have become creations of exclusive design, in which innovation is aimed at always achieving new goals.

Since 2015, two 88-footers have been launched, Florida and Domino Super; two 76-footers, Perseo and Bahamas; and a 39-foot Rivamare which is already an icon of style and elegance, having recently won the prestigious Eccellenze del Design Lombardo 2017 award of the ADI Design Index 2017.

As well as these boats, Officina Italiana Design has also worked, together with the FCA style house, on the nautical reinterpretation of the Fiat 500 Riva. And last but not least the 100-foot Corsaro, which marks Riva’s return to the flybridge sector, and the 56-foot Rivale. We will soon see the 110-foot Dolcevita, with new design solutions which focus on liveability, and the Riva 90’, with dynamic, sporty lines.

But that’s not all. For some time Officina Italiana Design has been thinking big, and its Seven Sins, a splendid 52 metre yacht, was presented in Montecarlo. It was designed for Sanlorenzo, a yard with which it recently signed an agreement to design six models, ranging from 78 feet to 64 metres, including the revolutionary SX88.

While for Riva, which in 2014 announced it was getting back into mega yachts, Officina Italiana Design is also studying a fleet ranging from 50 to 90 metres. All this work, and all these masterpieces are coming out of this Factory of Ideas, which is now recognised as an example of Italian excellence around the world.