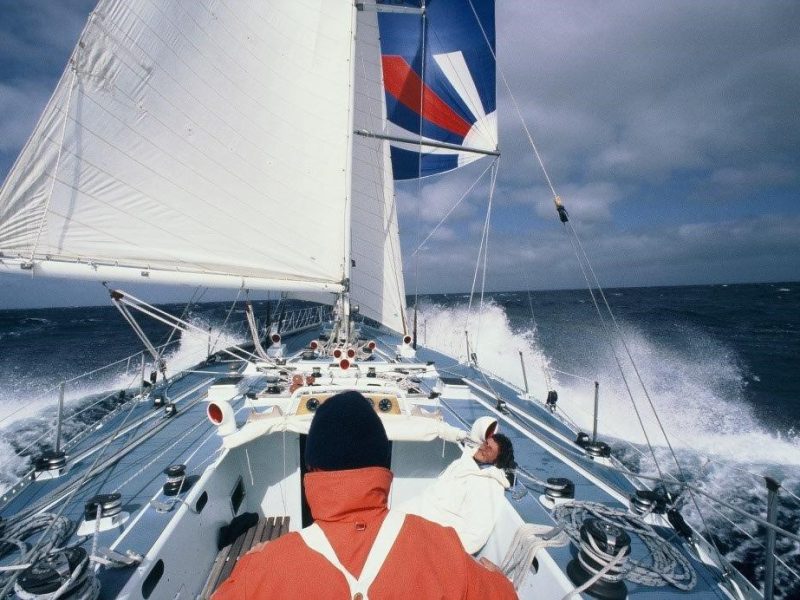 The 2023 Ocean Globe Race (OGR) launched in 2019, is entering its final phase of development.  23 Yachts, 12 nationalities and more than 220 sailors confirmed.

Among the final developments is the cancellation of the “Classic Challenge”, originally announced six months after the OGR was launched. This Class was added to the three Retro Classes due to strong lobbying from Whitbread 60, Volvo 60 and Maxi-Yacht owners wanting to enter. The organizer finally agreed and a wider range of yachts related to the golden years of the Whitbread were invited. 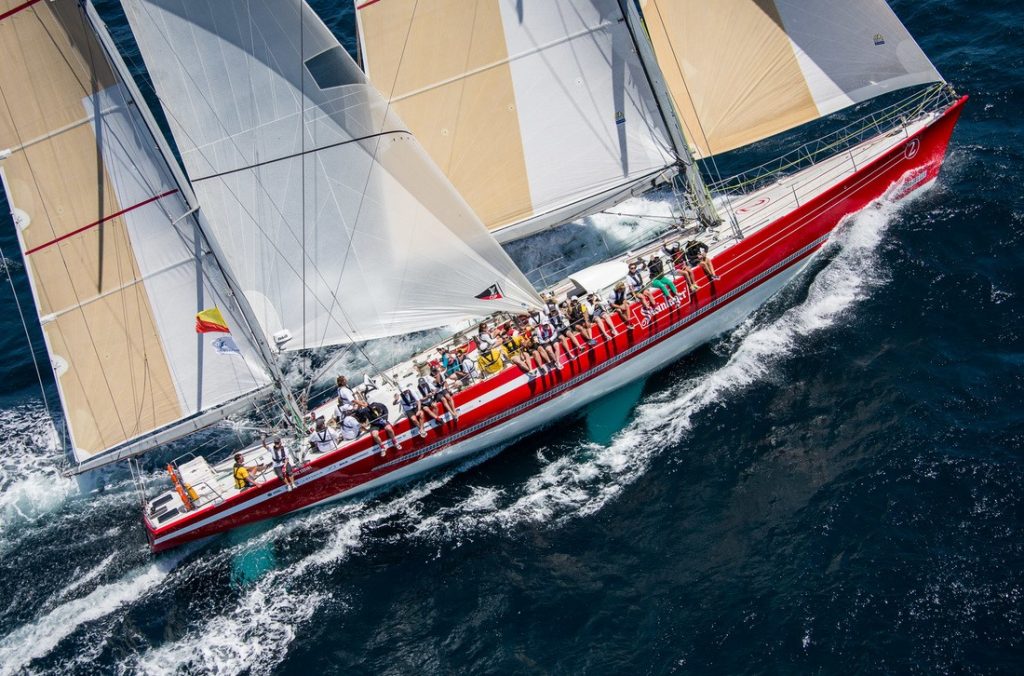 In the first six months eight expressions of interest were received from some exciting teams, however, two years later, no entry deposits had been received.

“We did not want this Class to just fade away and we were worried about getting just two or three entries six months before the start, which would never work, so we set a deadline”, said OGR Race founder Don McIntyre. “We needed four entries by the end of January 2022. In the end we did receive an interesting proposal of four entries, but they were all from one company and it did not feel right. “

Discussions with potential Start/Finish ports and stop-overs have been challenging due to COVID pressures, and a few other around the world races happening at the same time. Following feedback from ports, the OGR fleet is now reduced to 30 yachts from all three retro classes to simplify logistics.

The biggest fully crewed round the world race in decades, the OGR has only seven entries left to fill.

“We had hoped to announce the final course a year ago, but negotiations are only now being finalized”  said Don McIntyre. “UK ports in particular simply have no budget Post COVID, nor enthusiasm for an event like the OGR, so it will be an EU start. We are currently weeks away from making the final decision”. 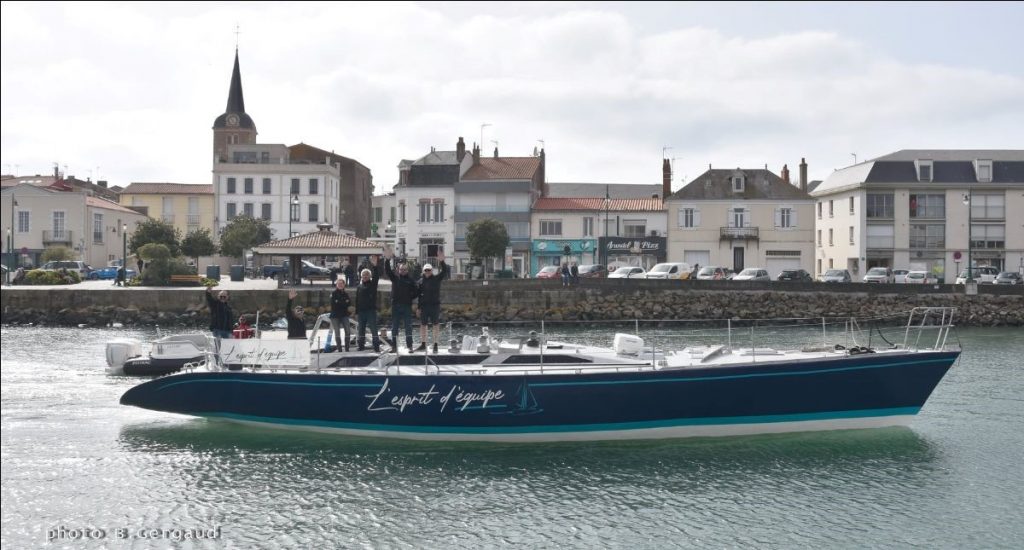 Neptune, a 60ft French entry from the 1977 Whitbread joins the OGR bringing the total French entries to seven. She recently completed her trans-Atlantic crossing from Martinique to Brittany, joining other iconic Whitbread yachts in the Flyer Class.

Tan Raffray, a figure of the Metric Challenge, saw the opportunity of a lifelong dream to race around the world, building a project around the excellent crew of his 8M JI Hispania, alongside Daniel Gilles, original 1977 crew member and official Éric Tabarly biographer.

In 1973, French sailors and journalists Bernard Deguy and Bernard Rubinstein had sailed the original Whitbread with Eric Tabarly on Pen-Duick VI. Bernard then commissioned the 60-foot aluminum Neptune to the same architect, finishing 8th in 1978, bringing a unique insight into the race through Deguy, Gilles and Rubinstein’s on-board interviews, articles, and journals.

“Neptune”, part way through her return voyage to Brittany France to commence a final refit and preparation for the 2023 Ocean Globe Race. Picture Credit: Team Neptune. 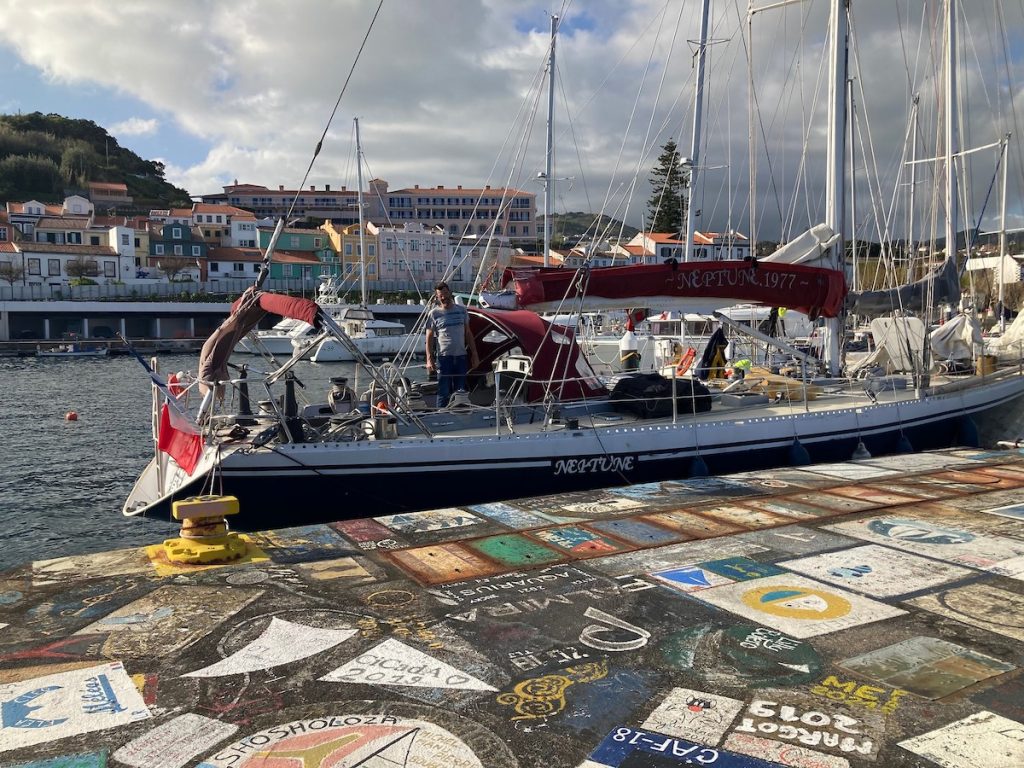 In February 2022, Tan Raffray and his crew took Neptune out of her Caribbean semi-retirement, back across the Atlantic for the first edition of the Ocean Globe Race. The 60-foot aluminum sloop will enter refit in Morbihan, Brittany.

Raffray’s project is equally competitive and poetic: “We will bring to the open sea the values of the 8-metre FRA7 crew, those of friendship, solidarity, complementarity and the transmission of knowledge. We are all already inhabited by the project, carried by a boat designed by André Mauric, and whose name is that of the God of the Sea.” Said Raffray.

Neptune is one of the 6 Whitbread entries in the Flyer class, with Marie Tabarly’s Pen-Duick VI returning for the win, Lionel Reigner’s L’Esprit d’Équipe, winner of the 81’ Whitbread, the Joubert designed Mor Bihan who made history winning a leg in the 81 Whitbread with Philippe Poupon and Halvard Mabire on board, and Clare Francis’ former Swan 65, now Translated9.

Meanwhile OGR entrant Tracy Edward, Whitbread’s most famous lady skipper, has retired from the race. She entered her first Whitbread in 1985–1986 sailing with Norsk Data GB and in the second leg became cook aboard the Atlantic Privateer. In 1998 she led the first all-female crew in the Whitbread onboard Maiden .  Alas, the new revised world sailing Tour of her 58-foot Farr design (which started as Disque d’Or 3) was delayed for over a year due to COVID.  This new sailing schedule makes it impossible to prepare in time for the 2023 OGR.

As the organizers stated, the final course and ports will be announced in the weeks ahead.