Neel Trimarans, the importance of sustainability 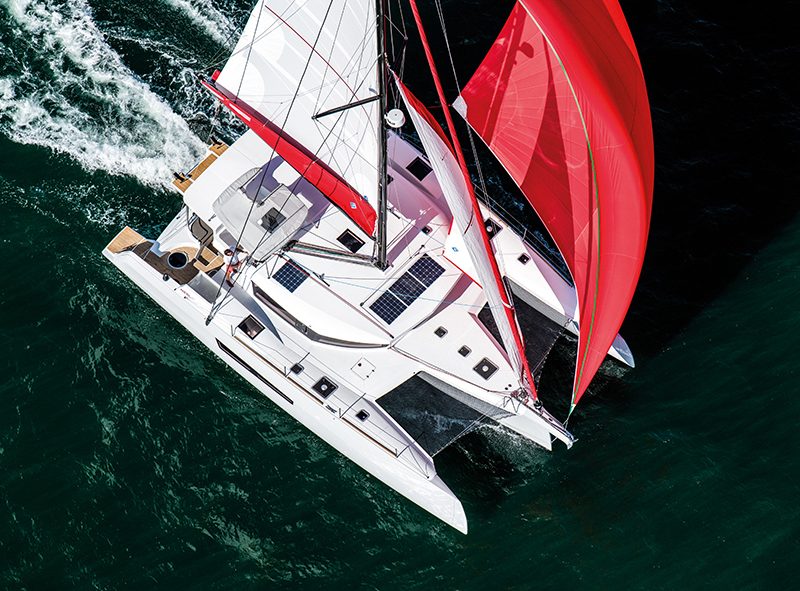 Materials, production process and kind of boat. What can a shipyard now do to limit the environmental impact of yachting?

EVERYTHING GREEN IS IN FASHION THESE DAYS. Everybody, in one way or another, has gone green. Because of that, the Neel yard – a trimaran specialist based in La Rochelle – has recently published research that provides a lot of interesting points to reflect on. One thing should be stated at the outset and is widely acknowledged: right now, there is no such thing as an ecological boat. It is something to aim for, perhaps even in the short term, but current technology doesn’t allow us to build zero-impact boats. But that shouldn’t become an excuse. A lot can still be done to avoid destroying the possibilities of future generations. Perhaps, like the French boatyard, it is a good idea to decide what the words mean. Rather than “green” it is more correct to talk of “sustainable”. 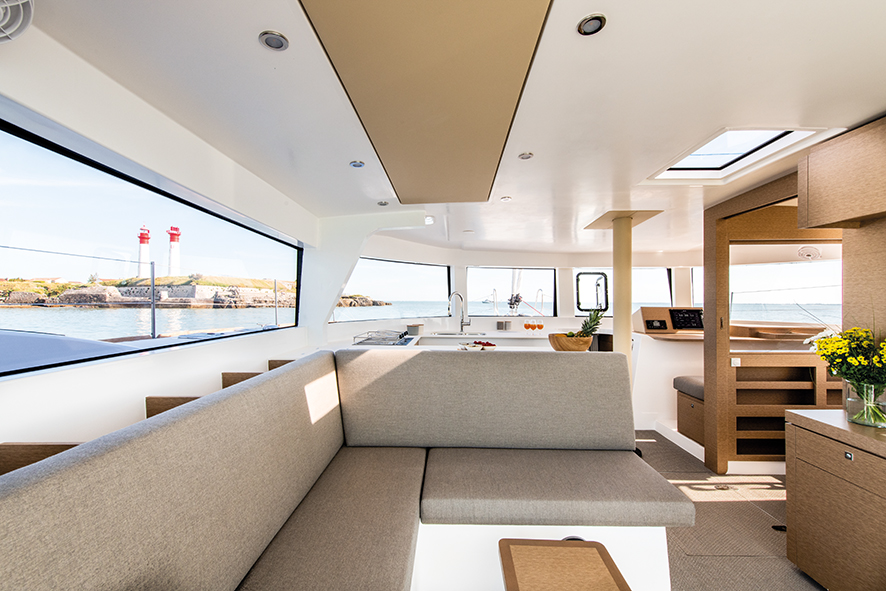 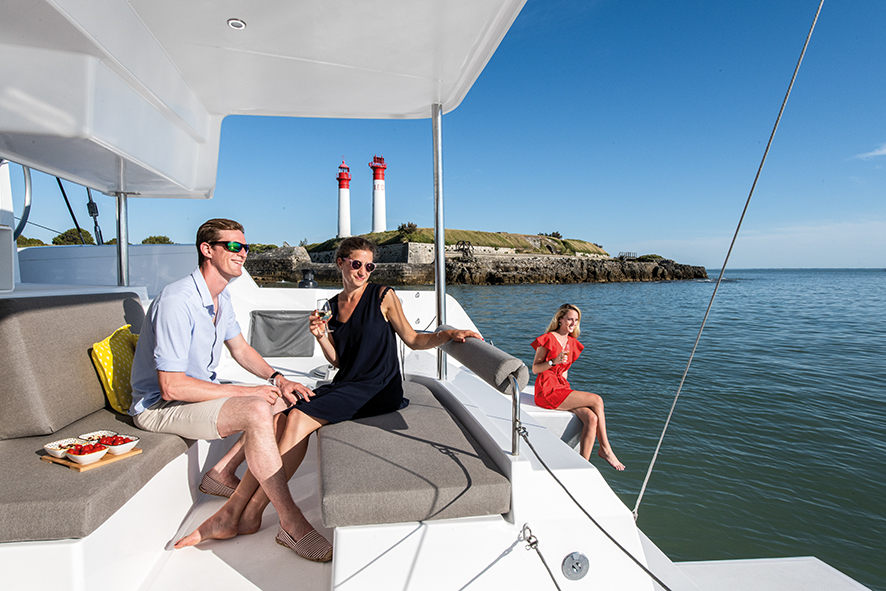 Lowering the weight of a boat means the power of the engines can be reduced. They use less fuel, which means there is less carbon dioxide in the atmosphere.

Green can mean everything or nothing – you just have to look at the case of “green” petrol, which might be considered ecological because of its name, but it is still petrol nevertheless. And “green” materials can include ones that have been through what is now called “greenwashing”, an operation to give it an ecologically friendly air. But being sustainable means looking to get a production that doesn’t have a negative effect on the environment. And trying to reduce the impact on the effects from the production of boats, without merely cosmetic actions. The commitment that Neel has made towards creating a sustainable boat starts with how much it weighs. A heavy boat needs a stronger engine to reach a given speed. Even though we are talking about sailing trimarans, they are cruising models equipped with an auxiliary motor. The lighter the boat is, the fewer horsepower you need to move it, and thus you can reduce the use of diesel and the emissions that come from it. 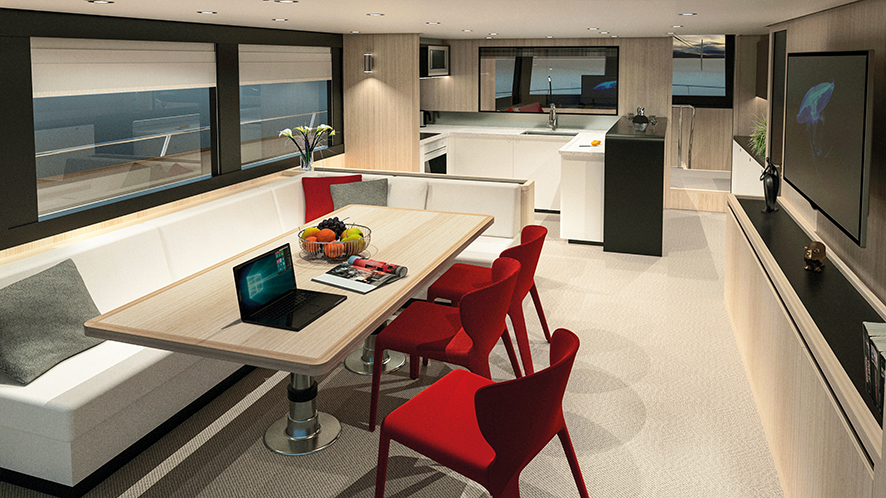 By now just about all of the yards that build sailing boats also make a motor-powered craft, and Neel is no exception to that. They are taking it seriously, to such an extent that they have created an entirely separate brand. It is a palindrome-style name, got from spelling “Neel” backwards. And the first model is called the Leen 56. The one constant, although it is a motor-driven model, is the number of hulls. The Leen 56 is most definitely a trimaran, and measures 17.10 metres overall, with an 8.25-metre beam. It has a lot of range, provided by a fuel tank that holds 3,000 litres and a 210 horsepower engine. In line with its desire to build sustainable boats, the yard has opted for a hybrid engine. The Leen 56 is the first engine-powered trimaran from the La Rochelle yard, but they have already decided to build its big brother. The next one to come out will be the Leen 72. 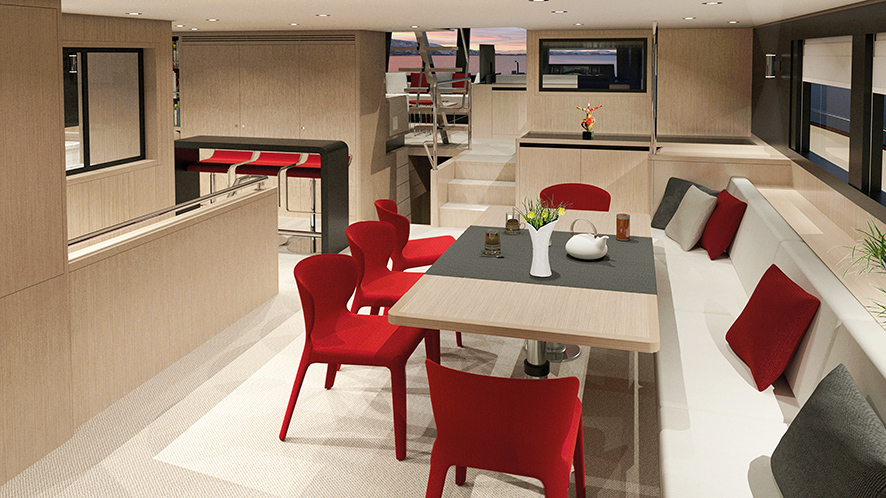 Resins are evolving rapidly. There are already solutions that are partially made from organic material, or recycled plastic.

Compared with other similarly-sized sailing catamarans, the Neel weighs up to 50% less, and that means from 44 to 57 per cent less in diesel usage. A litre of diesel weighs 835 grammes and diesel is 86.2% carbon. It’s an easy sum to do: every litre of diesel contains 720 grammes of carbon dioxide. Keeping weight down doesn’t just mean that you can use a less powerful engine to power it, but also that you can use the sails more often. According to French national statistics, and again it is Neel documentation that says this, French yachtsmen do 25% of their sailing with winds of less than ten knots. That means that a light boat can use its sails, otherwise you will have to start up the engine with everything that comes with that.

But sustainability isn’t just a question of how a boat is powered. Not enough attention is yet being paid to materials and to what extent they can be recycled. Fibreglass doesn’t rate well in this respect, and others are being researched, as the Amer yard from Sanremo has recently done, in the hope that they can become increasingly used in yachting. While we await the results, Neel Trimarans have decided to use a Gelcoat with a low styrene content.

The production process can also become more ecological. Infusion moulding can nearly eliminate any waste and recycle materials such as vacuum space-saver bags. 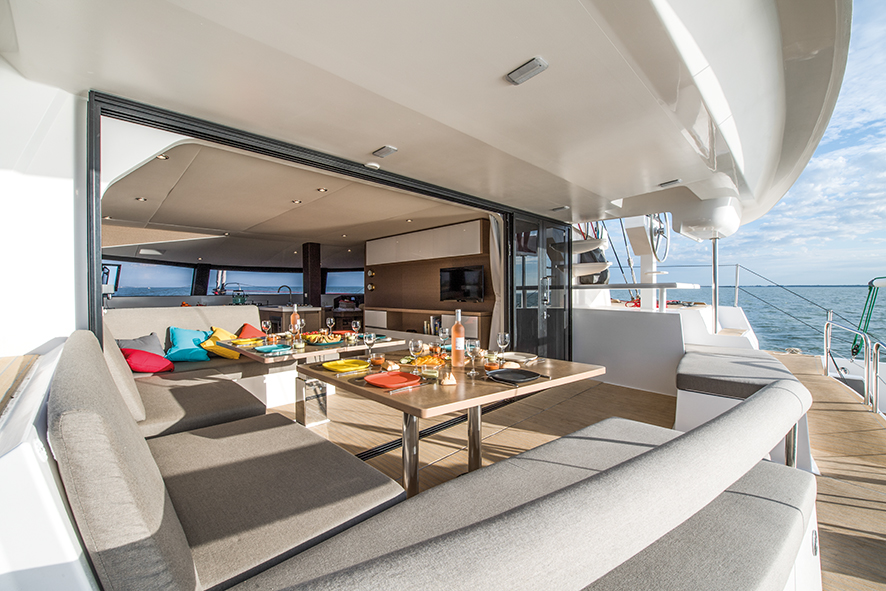 What is styrene? It is a hydrocarbon that has a high polymerisation capacity and that, put simply, means it can make the Gelcoat more liquid. The yard uses isophthalic resins designed for vacuum infusion moulding, but this technique does require a fluid Gelcoat, and styrene is the substance that gives the resin these characteristics. Styrene is also potentially cancerogenic, so it doesn’t do the environment, or the yard workers, any good. Reducing the amount used means minimising the health risks for people who work in the yard. They have done the same for all of the other toxic or dangerous chemicals that have been excluded from all of the phases of production. Additionally, Neel Trimarans has gone for an injection process that uses closed-cell pressing for lamination, so that the styrene doesn’t spill out.

Over the past few years, the yard in La Rochelle has paid a lot of attention to resins and now uses a 56% organically-based epoxy resin, made in partnership with Sicomin. It is made from food waste, and it is being used for the bulkheads of the Neel 43. Then there are the PET resins made together with Ineos and which will be tested during the whole of 2021. A 220 kg barrel of PET resin is the equivalent of 1,800 recycled bottles. The PET core is a kind of recyclable closed-cell foam, with excellent mechanical and fire-resistant properties, and which resists ageing well. The yard wants to use them more and more and replace the ones in PVC, which by contrast is not very sustainable. 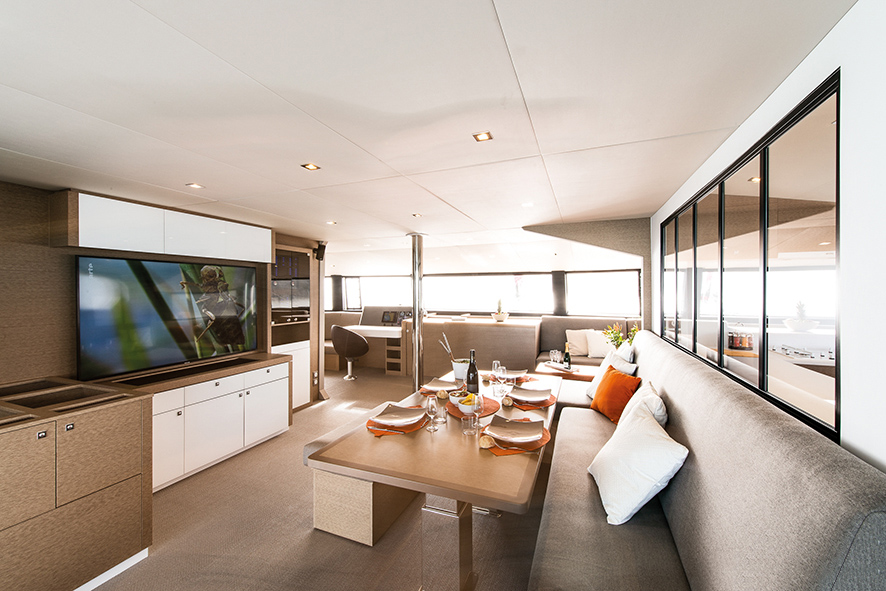 To protect its workers, Neel Trimarans has adopted a closed-circuit injection system, to prevent contact with the styrene in the resins.

Already back in 2018, Neel Trimarans was using PET foam for 20% of the production of the Neel 47 and in 2020 the Leen 56 was entirely made from it. And finally, environmental sustainability can also be obtained by modifying, at least in part, the production process. Boats have always been made from infusion moulding, but this is a kind of infusion 2.0. The infusion process has been around for a few years, but the latest technology has meant that waste can be drastically reduced. The cost of materials has fallen 57%, the amount of wasted resin has halved, and waste has gone down 15% in weight. And that also has an impact on creating a sustainable boat.