From Neel to Leen: now the French tri are also motorized 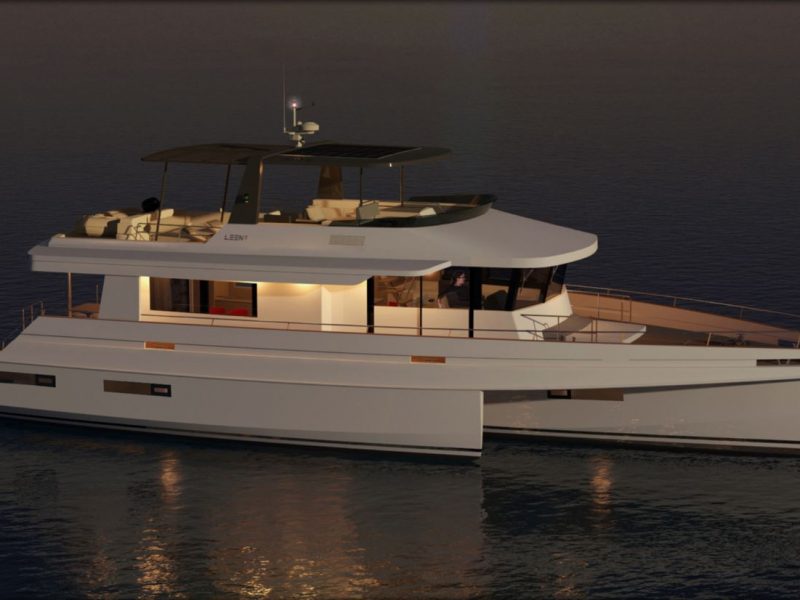 A real revolution for the shipyards of La Rochelle, which was announced at the Düsseldorf show, the Neel sailing range will be flanked by the motorized Neel range. Starting with the Leen 72 (in the opening photo) and the Leen 56.

There are always three hulls, but propulsion changes. The Neel shipyard announced today at Boot that at the end of the year their first non-sailing model, the Leen 56, will arrive. The basic design philosophy remains, the DNA is always that: boats to sail a lot and in all seas. Robust blue water cruisers. 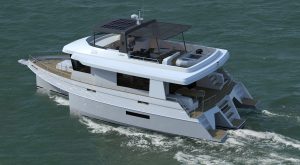 The central platform will be made of vtr using the infusion method, while the construction of the three hulls will not be moulded, but paneled, the tried and tested system adopted by Neel, and ideal for long and narrow structures. It is no coincidence that the water lines are very particular, with the central hull very sharp, with entry volumes reduced to a minimum to optimize the behavior at sea. In the case of Leen 56 the engine of the basic version is a 215 HP that will guarantee a cruising speed of about 12 knots, with very low consumption, about 2 liters/mile. The cruising range will be between 12 and 15 knots, while the maximum speed will be about 18 knots. 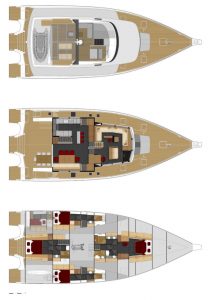 The layout includes three cabins on the lower deck, two at the ends of the central hull, the owner on the port side, the galley and the service room (or a possible cabin for the sailor) on the starboard side. On the main deck, there is a large saloon with cockpit and pilothouse at the bow.

The Leen 72 can count on four cabins, but the basic layout remains the same (there is also ample scope for customization). Note how the engine, tanks, batteries, and systems have been concentrated in the middle of the ship, and as low as possible.