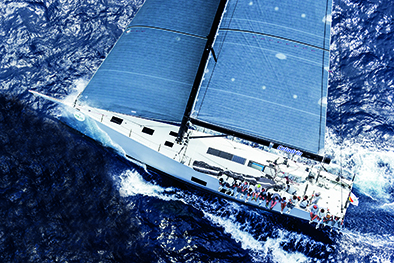 Bella Mente of Hap Fauth is the world champion in the Maxi Class 72, whilst the V62 Mills Supernikka by Vismara won the Mini...

Bella Mente of Hap Fauth is the world champion in the Maxi Class 72, whilst the V62 Mills Supernikka by Vismara won the Mini Maxi Rolex Cup

THE WATERS OF THE NORTH OF SARDINIA HAVE BEEN THE FRAME OF THE RACES AMONG 40 of the best boats in the world in an event organized by the Yacht Club Costa Smeralda and sponsored by Rolex. Thanks to the two courses of the last race, Bella Mente won the rank. The Maxi Yacht Rolex Cup & Rolex Macu 72 World Championship final round was challenged with 18 knots of sirocco wind. Thanks to the wind conditions which best enhanced the performance of this impressive and chequered fleet, the latest was a fought and exciting edition thrilling owners, teams and spectators.

Brad Butterworth, a famous New Zealand sailor, winner of 4 America Cups, two with New Zealand and two with Alinghi, said: «This is always our first choice where we like sailing. The Costa Smeralda environment is fantastic: the rock formations, the color of the water, the wind and sea conditions, there is no place as good as this for the races…».

Bella Mente, entrusted to the experienced tactician Terry Hutchinson, fought right up till the end to secure the win over Tomasini Grinover’s Robertissima III who had to settle for silver. Third place for Dieter Schön’s Momo, in her debut race on the waters of La Maddalena Archipelago. At the end of a coastal race which saw the fleet go round the Mortorio and Soffi Islands, then enter the channel to go round Secca di Tre Monti and finally reach Isola dei Monaci, Marco Vogele’s 33-metre Inoui was able to celebrate her victory over Viriella and Hetairos, which came respectively second and third in the Supermaxi category.

Thomas Bscher celebrated twice: for being elected new IMA President and for the triumph with his Wally Open Season after a week of near-perfect results.

In the Maxi division, which together with the Mini Maxi completed a slightly shorter coastal course, the trophy went the 29-metre Windfall, owned by Michael Cotter, with Andy Beadsworth as tactician, which in the final rush prevailed over Grande Orazio Pioneer Investments.

Swan 77 Tugela took third place. In the Mini Maxi RC/SOT division, victory went to Riccardo De Michele with his H2O who managed to beat Shirlaf’s team, who had to settle for second place despite sharing the same score.

Wallyño came third. The Mini Maxi Racing division was won by the new Supernikka, owned by Roberto Lacorte. The 19-metre, with Tommaso Chieffi as tactician,  left behind the British Spectre in second place and Caro, owned by Maximilian Klink, in third.