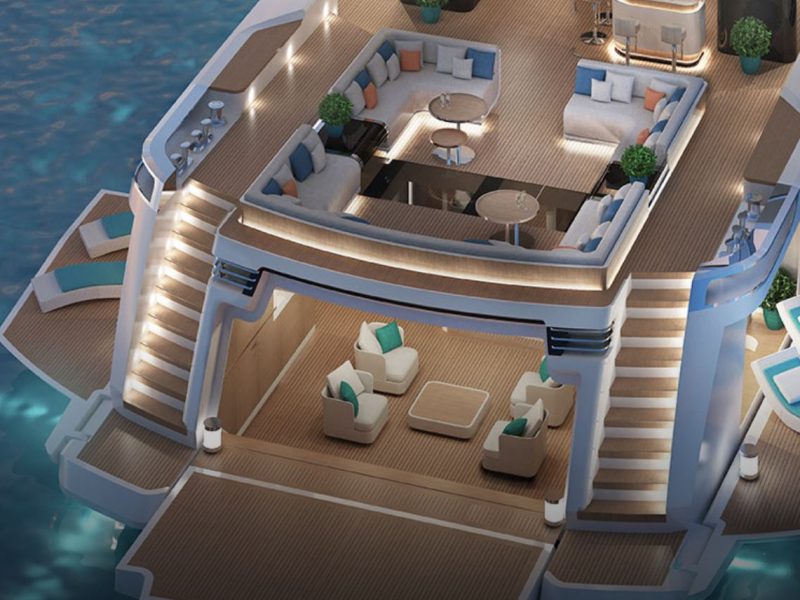 Overmarine has announced the sale of the first Mangusta Oceano 50 of the Group’s displacement series. Destined to a European shipowner, delivery is expected in 2021.

“The market is beginning to recognize our authority even with the new steel lines, as demonstrated by the 9 boats sold since the presentation of the first Mangusta Oceano 43 in 2016 to date. Not only that, our reputation is such that we can also sell on project.” This is the comment of Francesco Frediani, Mangusta sales director. “This year there are two new projects presented that immediately found a shipowner. It happened first with the Mangusta GranSport 33, presented in February and sold shortly after, and it was repeated today with the Mangusta Oceano 50, a few months after its official presentation.”

The Mangusta Oceano 50 was designed by Alberto Mancini and the Group’s technical department, maintaining the 500GT limit, offering itself as something innovative and original in this market segment. The stern cockpit, for example, looks like the living area of a villa: the sofas are enclosed by a teak shell and form a square ring, slightly lower than the side passages, so as to obtain a unique area of privacy. By moving the garage to the bow, the dimensions available to the beach club assume importance, creating a spacious platform on the sea.

The whole forward area is also full of intelligent solutions. The cockpit, which can be furnished at will by the owner, is above the garage. Once the tender has been launched, the containing pool can be filled with water to obtain a swimming pool with counter-current swimming. A second jacuzzi pool is located on the sundeck, next to a dining table for 12 people protected from the sun by a full-width hardtop and a relaxation area. The layout of the sleeping area offers several configuration opportunities, such as the possibility of having a sixth cabin.

The Mangusta Oceano 50 is equipped with two MTU 12V 2000 M86 engines. This set up allows a maximum speed of 16 knots, has a range of 4,000 nautical miles at a cruising speed of 11 knots, with a focus on consumption.