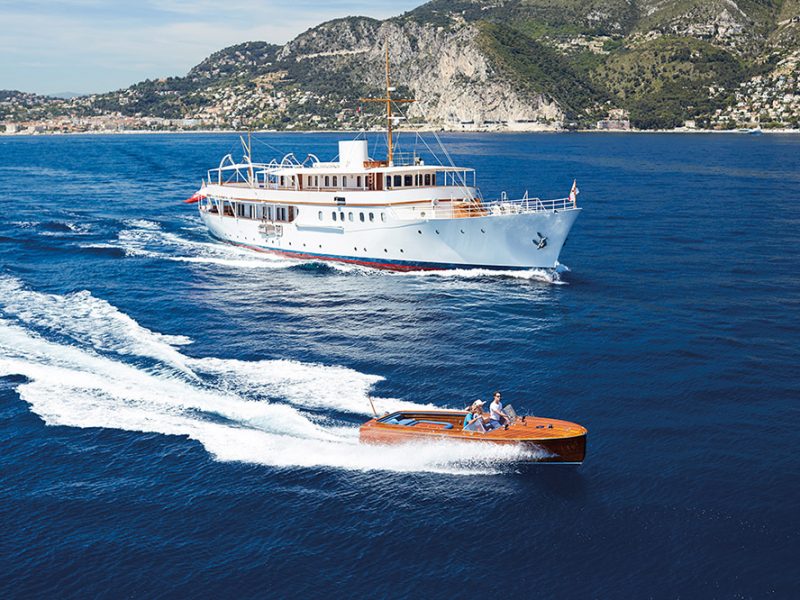 Built in 1937 by Camper & Nicholsons, it has been entirely restored under the supervision of Edmiston. The yacht has hosted many Hollywood stars and sails mainly in the Mediterranean Sea

by Marco Mariani – photo by Jeff Brown and Paul Highnam

METICULOUSLY RESTORED BY BRITISH PENDENNIS SHIPYARD, ON A PROJECT MANAGED BY EDMISTON, Malahne offers you a chance to experience the style and elegance of the Art Deco style with her glamorous interiors and decks. 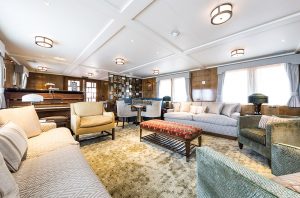 Her unquestionable classic allure has been enriched by the highest standards of modern comfort thanks to the substantial refitting performed on the craft. For Pendennis, the main challenge was trying to achieve modern stability standards. Fortunately, thanks to the use of materials such as aluminum and composite, unavailable at the time of the construction, Pendennis was able to perform an impeccable restoration.

Built in steel by Camper & Nicholsons in 1937 and delivered to businessman and famous sailor William Lawrence Stephenson, Malahne roamed the world before serving in World War II, where she participated in the evacuation of Dunkirk, France.

Later this vessel was owned by film producer Sam Spiegel and became one of the most famous yachts in the world. Then she became the headquarters for the production of Lawrence of Arabia and hosted Hollywood stars such as Elizabeth Taylor, Grace Kelly, Frank Sinatra, Kirk Douglas and Jack Nicholson. Guy Oliver, who had previously designed the staterooms at 10 Downing Street, recreated her stunning period interiors 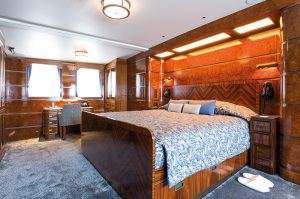 The interiors combine artworks, soft-to-the-touch materials and striking woods. Large bathrooms with tubs, desks and cozy seating areas create elegant and captivating interiors, where the 10 guests can enjoy maximum splendour on board. The yacht’s new main-deck dining room was originally occupied by the engine exhaust trunking. The crew and galley areas were among the most affected by physical changes to the original yacht. 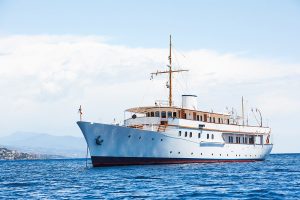 With a length overall of 50m, the hull has a maximum width of 7.90m, a draft of 340 cm and a Gross Tonnage of 440 tonnes. Thanks to two Caterpillar engines, Malahne reaches a cruising speed of 12.5 knots. www.edmiston.com