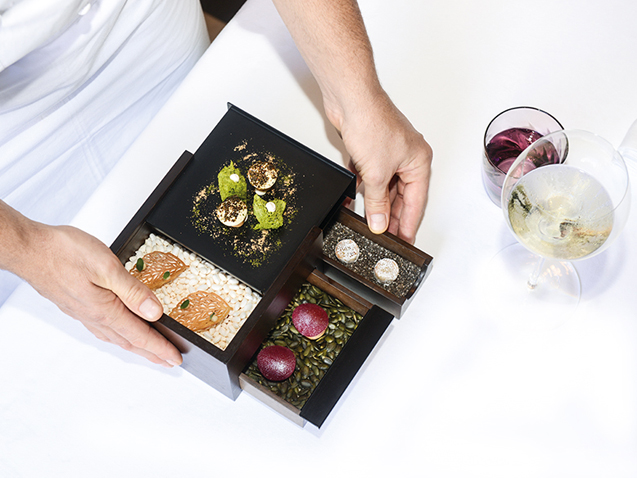 The chef of the restaurant Il Palagio defines himself as Italian by heart and Brazilian by soul. His cuisine philosophy is influenced by his origins from Emilia Romagna, as well as by several haute cuisine experiences in Tuscany, and the period he spent working and living in Brazil

A NATIVE FROM EMILIA ROMAGNA, PAOLO LAVEZZINI WAS APPOINTED TO NEW EXECUTIVE CHEF to lead the culinary team of the Palagio restaurant at Four Seasons Hotel in Florence, after six years as chef at the Fasano a Mare restaurant in Rio de Janeiro. His culinary philosophy has been influenced by his origins from Emilia Romagna, as well as by several haute cuisine experiences in Tuscany, and the period he spent working and living in Brazil, where he was introduced to local ingredients and flavours, combining Brazilian traditions and specialities with Italian ones. His Brazilian experience also taught him the importance of honouring seasonality and of choosing a sustainable cuisine in full respect of ingredients.

The menu, which has been personally created by the chef, begins with a treasure box of surprising snacks, then continues with dishes such as Lightly smoked risotto with seasonal cabbages, where cabbages of different consistencies and types are finished with smoked butter, or Agnolotti stuffed with guinea fowl, Parmigiano Reggiano cream and Porcini mushrooms, a tribute to his origins from Parma. 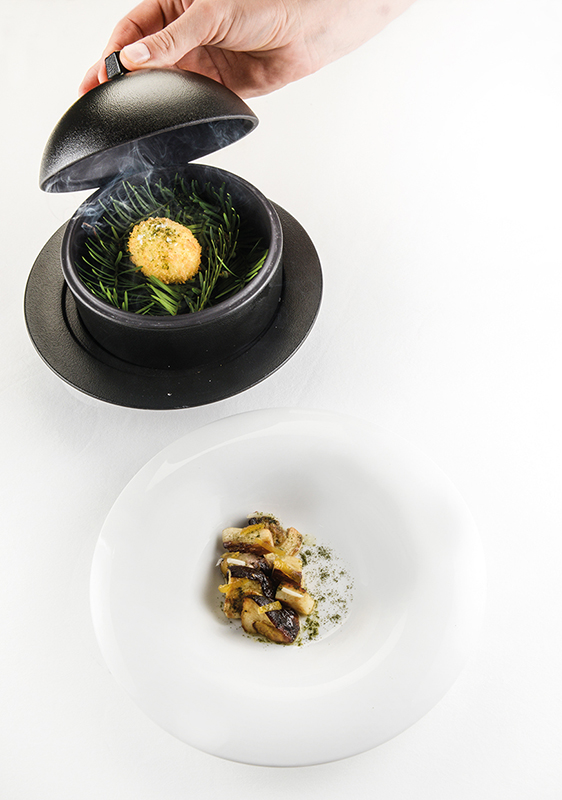 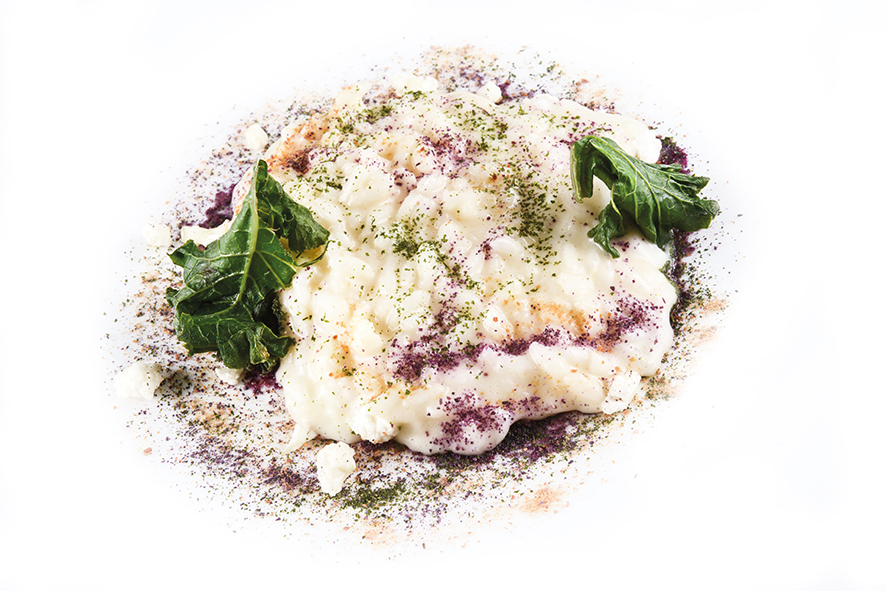 «My challenge is to satisfy both customers who expect something new and those who are searching for tradition, and I must therefore be able to range from the simplest to the most complex dish».

Try the Free range egg from Maiano, porcini mushrooms from Casentino with candied lemon and garlic, in which the main ingredient – the egg – comes from chickens left to roam outdoors at a nearby farm.

Finally, a dish that the chef had dedicated to Tuscany when he was in Brazil and which he now, vice versa, dedicates to Brazil: Slow-cooked Tuscan suckling in olive oil with black cabbage, green banana and chilli. 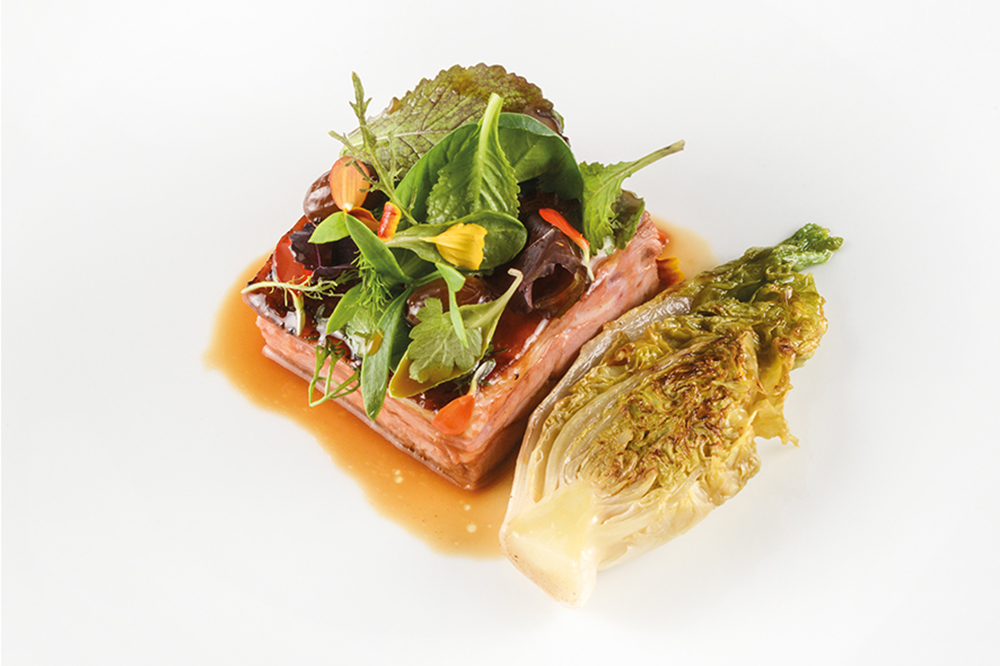 «My cuisine is inspired by the seasons, by the producers, by the ingredients, and by Tuscany. We have selected producers who respect the territory and who work ethically, and with that as a stepping stone, we have studied new recipes based on traditional ingredients that strictly represent our region», as Paolo Lavezzini explains. 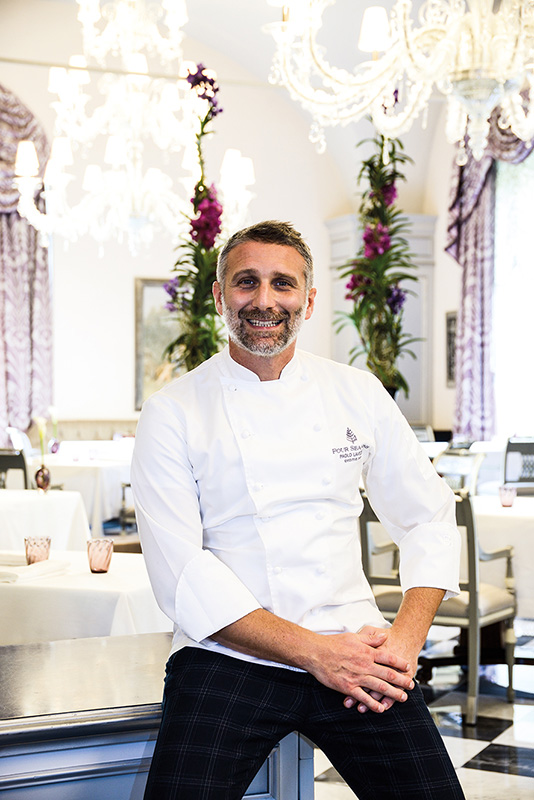 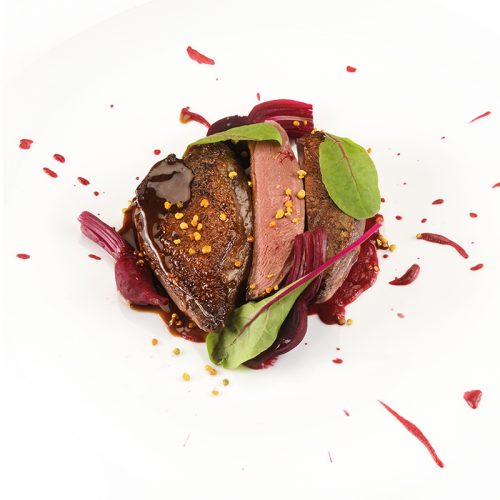 «My cooking philosophy is guided by the respect for the ingredients and a continuous search for the best small-scale producers. At the Four Seasons in São Paulo, we were the first to experiment with Italian dishes made with ingredients produced locally in Brazil: what we couldn’t find, such as salami or cheese, we produced ourselves».

The chef had his first experience in the finest restaurants on the Tuscan coast when he was only 16 years old. After joining the team of Angelo Paracucchi at the Carpaccio restaurant at the Royal Monceau (Paris), he later worked in some of Europe’s most prestigious three-star restaurants including the Alain Ducasse at the Plaza Athénée in Paris and Enoteca Pinchiorri in Florence. 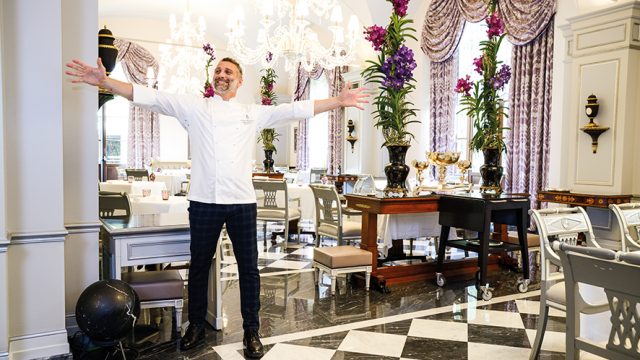 «I consider it my responsibility as a chef to introduce sustainability both in the kitchen and in the dining hall. I start from my Italian origins and respect the culinary tradition from Tuscany, adding some Brazilian ingredientssuch as spices or chillies to selected dishes». 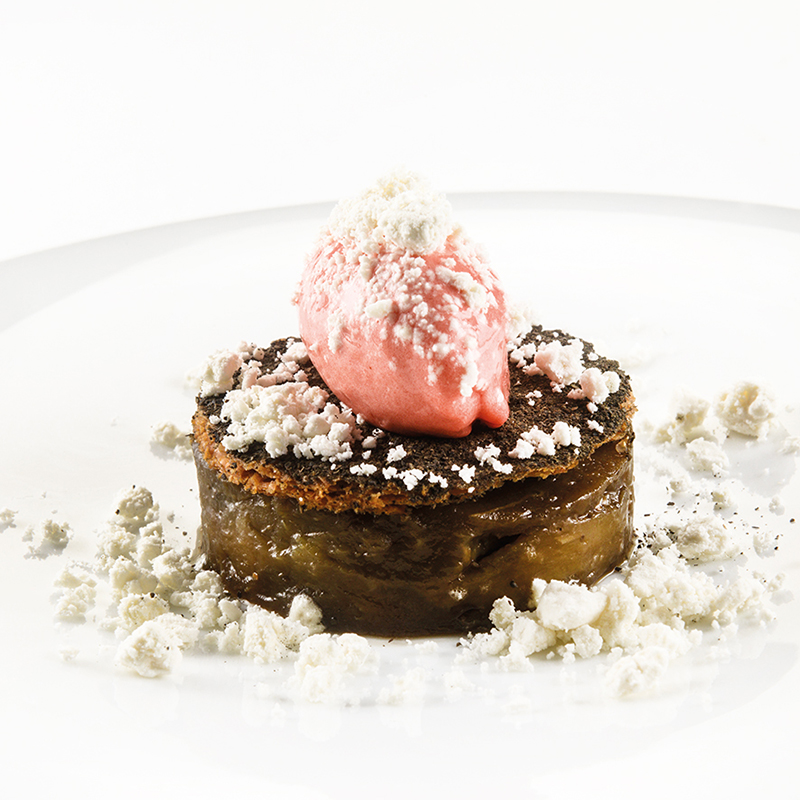 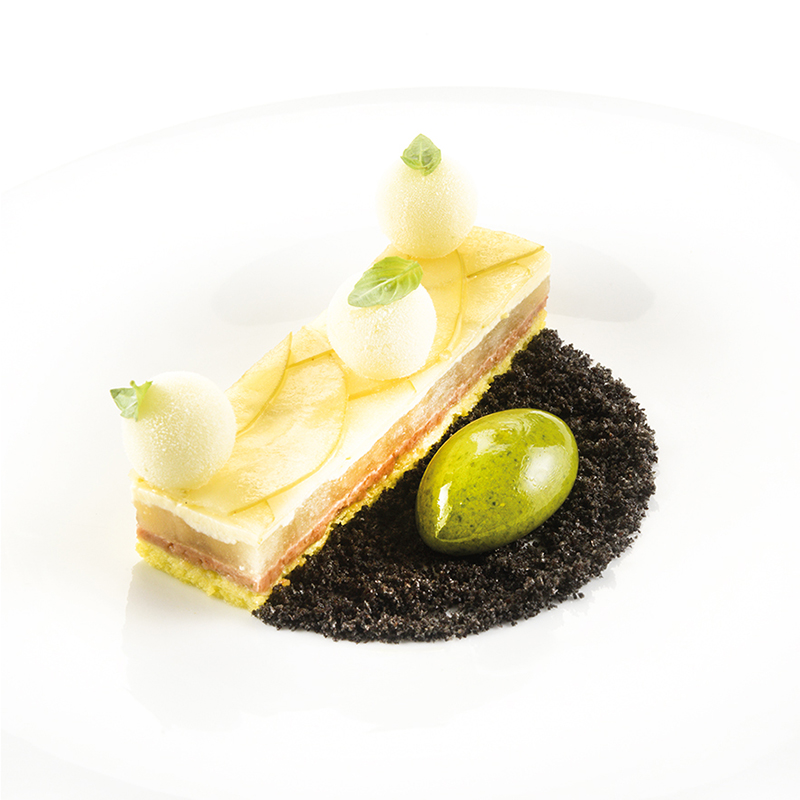 In 2012 he became Executive Chef for the Hotel Fasano in Rio de Janeiro, making it the best Italian restaurant in Brazil, before joining the preopening team of the Four Seasons Hotel in São Paulo, where he directed the award-winning Neto restaurant for two years, which was acknowledged with Three forks by “Gambero Rosso International” in 2019.