Hot Lab, architecture that envelops you 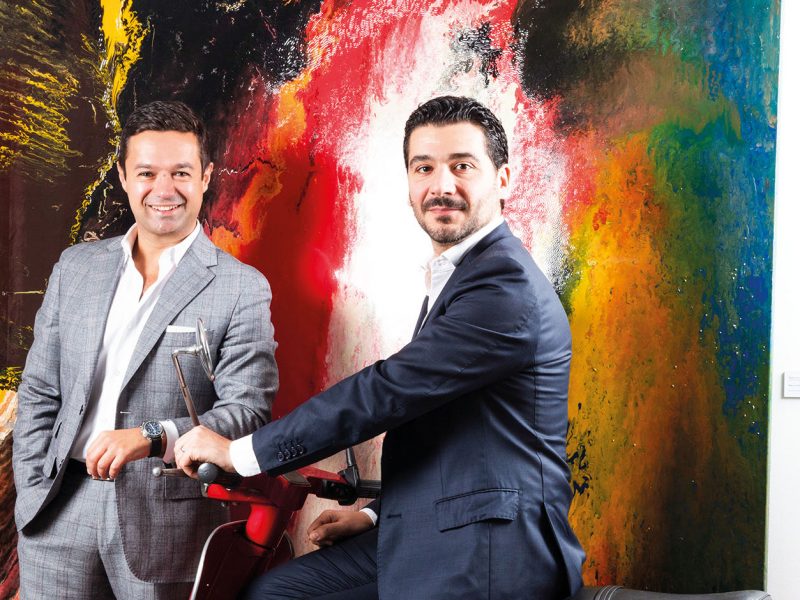 We met Antonio Romano and Enrico Lumini, the two partners of the Milan design firm, which is increasingly offering an architectural approach to yacht design. Their portfolio includes work with important, internationally renowned yards

2019 was an important year for Hot Lab. The management structure changed to two partners, which created an opportunity to reorganise the entire team. I met Antonio Romano and Enrico Lumini in their Milan offices. Romano is head of Marketing and Strategy, while Lumini is Chief Designer.

Two very distinct roles, but they speak with a single voice when talking about their company. «The reduction in partner numbers», Lumini explains, «was a chance to create a slightly more corporate, and a more efficient, structure. The days – fifteen years ago to be precise – when three young guys shyly set out into the yachting world are now long gone. We now work in a team with ten people, client numbers are growing, and the yachts we make are larger. We had to organise our work in a different way. That has combined with a new vision for Hot Lab. It isn’t just the organisational structure that has changed».

Indeed, even though their work is still based on a direct relationship with owners, Hot Lab is now looking for a more architectural approach to yacht design, with the boats becoming increasingly long.

I ask Enrico to expand on his understanding of an architectural approach. «It means that in presenting our ideas, for both interiors and exteriors, we increasingly work by subtraction. Towards simplification. You can see that in our most recent projects, such as the 65-metre Explorer for RMK, or also on the new 70-metre. But also, in a new project that we are doing for a private owner, which we have called Cocoon and which will be presented next summer». The name is meaningful, as it encapsulates the concept of work by subtraction. Starting from a single monolithic block, a “big stone”, you gradually chip away at it, and the final outcome is marvellously clean. 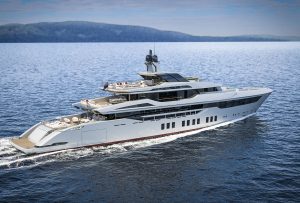 «This new approach», adds Antonio Romano, «has proved to be a winning one. The boatyards and owners like it. Turquoise and Van der Valk, for example, have entrusted two other customised projects to us, one of which is already being built, and the other we are hoping will get underway this year. In March we will present a project for a large Northern European yard, with lines entirely designed by Hot Lab. This new approach is also opening new markets up to us».

The change into an architectural firm has led Hot Lab to open up its horizons, designing, for example, a boutique hotel and an outdoor furniture line, as well as other interesting initiatives that are taking shape. They go from sea to land but keep the same approach. Antonio Romano explains: «The philosophy remains unchanged, our approach is always to be less ‘designed’. Boats, and we always start from there because they are still at the centre of our world, are complicated objects, places that you have to live in. They are very different from cars, even though often people try to bring the two worlds together. You have to find the right balance, the right proportions».

Enrico Lumini adds: «The external lines of a big yacht have to be a perfect wrap, one that is reassuring and clean. The fewer details there are, the better. And the simpler the lines, the more the design work is delicate. If you put in a lot of details, you can then try to disguise the mistakes and the lack of proportion. You can’t cheat with pure forms. We are keeping our distance from show-off looks, or the ‘wow’ effect».

Although it is not always easy to name names, I tried asking them if there are other nautical designers who have inspired them in their vision. «The whole Jon Bannenberg school of course, so also people like Andrew Winch and Terence Disdale», Romano immediately answers. «Someone else that I like a lot», Lumini joins in, «is Lobanov. He brought forward a single idea in a very clean way: you shouldn’t approach an 80-metre yacht as the sum of various elements, but rather as a single initial element, from which you have to hollow out parts». He certainly isn’t the first to say a block of marble already has a sculpture within it, Michelangelo was saying that 500 years ago. But the Hot Lab team really likes the application of this idea to a Giga yacht.

If we move on to discussing the requests made by the owners of large yachts, the keywords are space and light. So, height, volumes and glass. That is a trend that has already been established for a few years now, but Romano adds: «Yes, but here too a lot is changing. Other watchwords are silence and comfort. We are increasingly coming into contact with clients who are no longer starting off with their first boat but are actually on their second or third. These are mature owners, with a clear vision, and who know what they want. 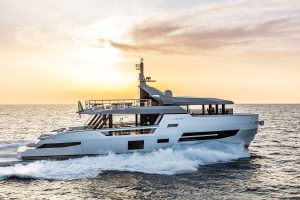 Enrico Lumini agrees: «Previously with boats of fifty metres and over, there was a tendency to replicate areas, without thinking about their actual use. Why do you need three saloons, three dining areas, located on three different levels? It is better to create hybrid areas. And this is also combined with greater conviviality, and less formality». That is an idea that comes up frequently. People are increasingly talking about a “convivial” approach to design, but what does that really mean from your point of view? «It means, for example, not having two lines of seven-metre-long sofas facing each other, five metres apart. That may be fine for architectural photos, but not for actually living. It means not having to have million-dollar sofas. People wear swimsuits on their boat, and they have children.

An owner recently asked us to design a living area where all the members of the family, old and young, could spend time together, but each with their own devices and in their own corner. It is a very good example of how the way things will be used is changing, and what conviviality now means». 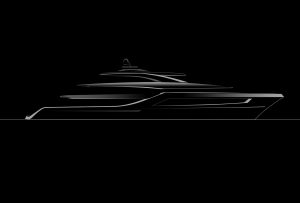 This description draws a picture of an owner who is much more of a “real”, genuine person. Less of a slave to the latest trends, or less focussed on showing off. «Yes, you could also say that. Of course», says Antonio Romano, «yachting is also changing and has changed a lot over the past decade, starting from the size of the boats, as everything is getting so much bigger. And we at Hot Lab are also continuing to learn. You never stop learning». I ask them what we could expect from yachts in the coming years. «Innovation will continue, but as always happens in the yachting world, the change will be gradual. In small steps. If I had to summarise, there will essentially be two paths: a new use of glass, and then a genuine green revolution».

Antonio believes that the way of using glass will change. It will increasingly become a semi-structural element, that will be used to replace steel and aluminium. That will be through the use of a technological, modern, dimmable glass with special thermal and heat recovery properties.

«The interesting point», Lumini interjects, «is that by contrast, as far as interiors are concerned, people have even gone a bit too far in using glass. I am primarily thinking of the 24 to 27 metre range, the ones at the limit of EC certification. It is true to say that glass is a great material, it reduces visual limits, but they have ended up completely eliminating the horizontal rhythm within the decks. Glass should be able to ensure that you can see out, but you have to watch out. In interiors, we architects and designers should be able to work out how to use and model it like a flexible material. To show it and use it to do what we want it to». So, have we reached the point of having to hide glass? That seems a contradiction in terms. «You have to use it the right way. In some cases, people have got to the point where there is no longer the right ratio between what is solid and empty space. Everything gets taken away».

«In some boats», Romano adds, «especially those in the 27 to 30 metre range, large windows have been created which give a spectacular view from inside, but which often create an inharmonious sequence that ruins the clean lines of a boat with a nice white side».

As to an ecological approach, Romano said: «After the initial frenzy, ecological certifications have not gone much further. But it is inevitably the course that will be taken. It will be the new owners, new generations of owners who will call for it. Men and women who have grown up with greater awareness of the environment».

In conclusion, Lumini says: «There will be an immediate transformation that is not just functional and technological, but also in terms of design. You just have to think of how hybrid or electric propulsion will change the machinery used, and the room needed to fit it. Enormous shafts for ventilation and airing the engine room, for example, will disappear. People think that they are invisible, but they strongly affect the aesthetic decisions that you have to take on board. And the engine room will no longer necessarily be in the stern area». 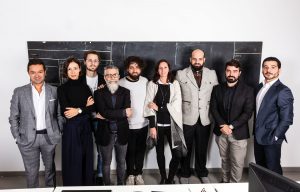 Hot Lab was founded in Milan in 2004 by three young partners. There are currently two partners, Antonio Romano and Enrico Lumini, who are marketing and design manager respectively. Hot Lab has always worked in close contact with owners, accompanying them during the entire design process and the construction of their project. It is increasingly specialising in larger yachts. Among the yards the team has worked with, there are Arcadia, Baglietto, Bilgin, Columbus, Fincantieri, Heesen, Hylas, Icon Yachts, Mondomarine, Moonen, Nobiskrug, Oceanco, Otam, Perini Navi, RMK, Sarp, Turquoise, Van Der Valk and VSY.