GS4C, another world could be 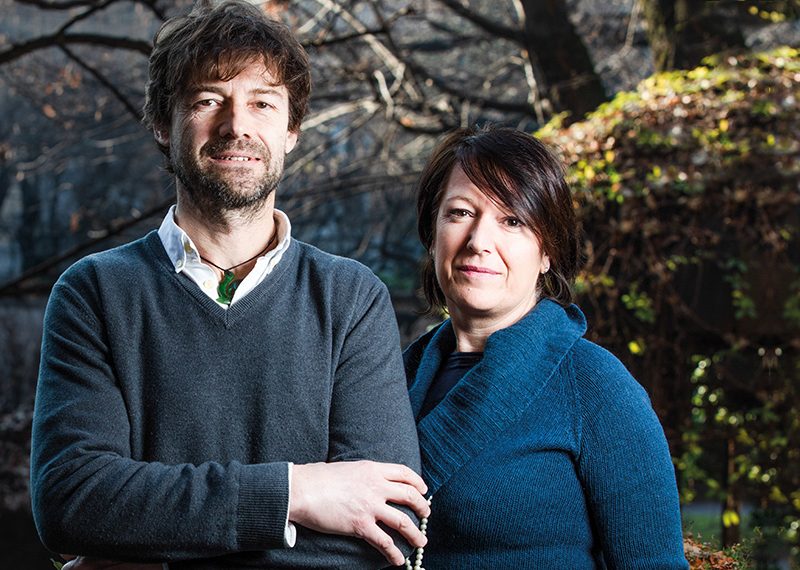 Fibreglass isn’t the only solution. Filava is a material made of basalt and other minerals; it is perfect for boats and, best of all, it is 100% recyclable

«THE TECHNOLOGY EXISTS, IT ISN’T TRUE TO SAY THAT THERE IS NO ALTERNATIVE TO FIBREGLASS», says Enrico Benco, co-founder of GS4C together with Cristiana Talon. GS4C is an innovative small to medium enterprise, launched as a start-up in 2012. In Europe, it distributesFilava, a fiber that is an alternative to glass fibre made by the Belgium-based Isomatex, for seafaring use. What has fibreglass done wrong? It is very difficult to dispose of and due to this, the cost falls entirely on the owner.

Have you ever asked yourself what happens to boats when they come to the end of their lives? Scrapping is complicated and costly because to start with the materials that make up the boat – like steel, glass fibre and wood – have to be separated. What can be recycled is reused, while the other material finishes in a landfill. Recycling materials is governed by rules. To be effective, a material cannot lose value. If in its second life a “noble” compound becomes a “poor” one, the recycling has not been very efficient. That is Filava’s first big advantage. It is a mineral fibre, 50% basalt, and the rest other minerals.

When Filava is reused, the basalt is melted and spun again before being enriched with various mineral oxides, so it returns to being the same material it was at the beginning. In practice, whatever the starting point is, at the end of the cycle the same composite material is always obtained. It is 100% recyclable and never loses value. Carbon fibre can also be recycled, but it loses quality because you only get short fibres and they aren’t any good for building boats. Whereas Filava once again becomes a long fibre, identical to the “new” one. Furthermore, the recycling process isn’t expensive. The only cost is for the energy that is used to carry out the operation; it is significantly lower than that of other materials used to build boats. You need 3 kWh to made a kilo of Filava, but for fibreglass, you need at least five and for carbon fibre as much as eighty. And that is not the only advantage.

The world of composites generates around 30% production waste, a considerable amount. In general, the world of industry has responded to these problems by looking for cheaper and cheaper materials. But what GS4C is proposing is radically different. Why not look for materials that can be 100% recycled? Why not avoid waste, and use production waste? «With Filava that is possible», said Cristiana Talon. They have been researching, checking and carrying out tests for years, and have put together a complete supply chain. They didn’t throw themselves into it without any preparation. They have made a Mini 6.50 that can be completely recycled and which is used as a prototype, while the production waste was used to make an Optimist. 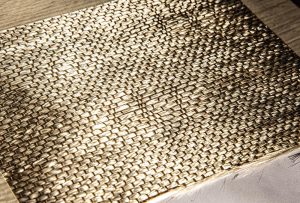 But enriched basalt is a fibre that is not only useful in average-size sailing boats. Its characteristics make it perfect for any kind of vessel, even mega and gigayachts.

«Mechanically it is the equivalent of S glass», explains Enrico Benco. S glass fibreglass is highly resistant and very expensive – it has hardly ever been used in leisure yachting but is instead used in aeronautics. Filava is also easy to spread. There are no difficulties when applying layers by hand, or in injection moulding. And no less important, it doesn’t create any skin problems, unlike some fibreglass, and so it is less troublesome for the people who actually build the boats. Of course, this composite material is not only useful in yachting. The Isomatex company also sells it to the people who make Airbus aeroplanes and to the automobile world, two sectors that are more advanced than the yachting one. With cars, attention to recycling is a legal requirement. European and international regulations oblige constructors to take responsibility for the end of their product’s life.

It is no longer possible to use materials in an irresponsible way. If you use a material you also have to think about how it will be dismantled and recycled. In the world of aeronautics, however, more than political pressure, the larger budgets have made a difference, making possible the research of better materials. But it is now the turn of yachting and somebody, fortunately, believes in it. Not all boatyards only think about how to keep production costs down. 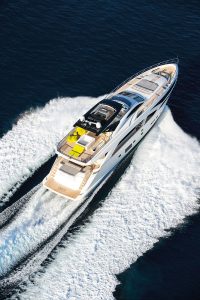 Some people also hold sustainable development very dear. Like Amer, who decided to join GS4C after a meeting with companies that do research and development at an Open Innovation meeting organised by Confindustria Nautica. The Sanremo yard has been paying attention to environmental sustainability for some time, and so quickly took on this new composite material and has already started work on an 86-footer that will be launched in two years’ time.

«We started out with the non-structural parts and then we will get to make all of the components of the yacht», explains Enrico Benco. «The announcement of this project a few months ago by Barbara Amerio at the Genoa Boat show was enough to excite the attention of the Mets Innovation Award in Amsterdam, so we hope that there will soon be a domino effect. We have already had contact with other English and Dutch yards, and we are confident», says Cristiana Talon.

Sustainability is a concept that owners are increasingly looking, in general. So, it is realistic to think that yards will become interested in this new composite, which seems to be specially made for them. The days of “green washing” are numbered, in the yachting world as well. «We prefer to talk of responsible development, rather than sustainable development», Cristiana Talon explains. «Nearly all of them are now sustainable, but it is time to become responsible. If you put something on the water, you have the responsibility of what you do. You can’t just hope that somebody in the future will find a solution. That was how it was for fibreglass, and for plastic, and now we are overrun by them. A solution has to be found at the root of the problem». 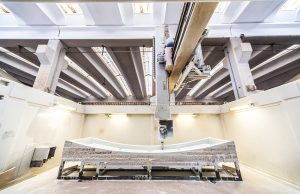 Bluegame also works with GS4C using Glebanite (Glemould project co-financed from POR FESR 2014-2020 resources), which is a millable fresabile material to make environmentally-sustainable direct moulds. Picture above. In that way, at the end of their useful life, the moulds will be recycled again, with no impact on the environment. 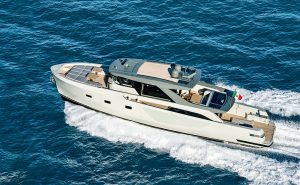