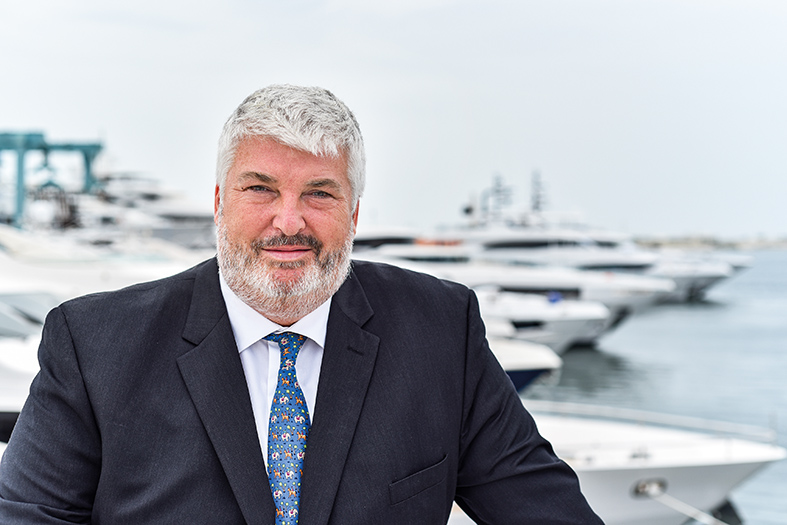 Gregory Yeakle, the new CEO at Gulf Craft, is highly motivated and strongly committed to improving and developing the most important yard in the United Arab Emirates and the whole  of the Middle East

Why did Gulf Craft hand over the helm to Gregory Yeakle, someone who is not a particularly well-known name in the yachting industry? Because Yeakle is first and foremost an entrepreneur rather than a manager. Because he offers extensive and diverse experience. Because he has lived all over the world and has an international market vision. Because he knows the UAE very well. Because he is equally skilled at dealing with clients, managers and employees. 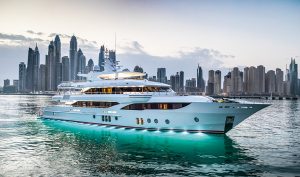 There is a very long list of reasons why Gregory Yeakle is the right person for the job. Taking a look at his background makes it even clearer. Having grown up in the United States and France, Yeakle demonstrated a marked flair for business very early on. He founded two companies, including a software firm, when he was still a student. IT was experiencing a period of exponential growth in the 1980s and Yeakle’s firm profited from exporting Californian software to Europe.

One of the pillars of his success was his creation of a closely knit and highly motivated team. All his business over the years has been based on the importance of teamwork. Creating strong human relationships within the team is fundamental for reaching objectives, whatever the sector. This has always proved a winning formula for Yeakle.

For over twenty years he has occupied executive positions in IT and consultancy firms, such as Alexander Proudfoot, a leader in the corporate consultancy sector. He recently headed the Oil and Gas division at Accudyne Industries, a company specialised in the production of machinery for the chemical, oil, water and waste processing industries. We met Gregory Yeakle during the Cannes Boat Show, where we enjoyed chatting to him and asked him some questions about his plans for Gulf Craft.

Did you already know a lot about Gulf Craft when you were asked to take on the position of Chief Executive Officer?
Yes. Prior to my appointment I had been acting as a consultant for Gulf Craft for around a year regarding some matters pertaining to corporate strategies and management. 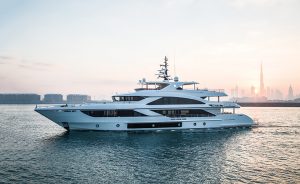 How do you plan to encourage development of the group?
In the medium term, I think it is important to boost Gulf Craft’s presence on an international level. The various product lines have been optimised. Silvercraft, Utility, Oryx, Nomad and Majesty have acquired greater individuality thanks to the creation of specific teams. Each team is responsible for a brand and is focused on product and production improvement. The results of this reorganisation are already apparent: all the brands have recorded two-figure growth over recent months.

This is a very encouraging achievement. Obviously, the corporate reorganisation has been accompanied by marketing operations focusing on each brand, while also boosting the commercial structure at the same time. The brands within the Gulf Craft group have specific characteristics and the boats are destined for a very diverse clientele. Just think of the Majesty brand, which now occupies an established position among large yacht builders and will take a further step forward with its new models.

There are also plans to expand the ranges. However, all these plans also involve making the most of the group’s human resources and bringing new figures into strategic positions. I am firmly convinced that people, their skills and the passion they put into their work are what really make the difference.

Majesty has brought three big yachts to the Cannes Boat Show: the Majesty 100, the 125 and the new 140. A 175-feet fibreglass yacht is also in an advanced stage of development. The 175 is an ambitious project…
It’s not ambitious. The process leading up to the Majesty 175 began long ago and the yard is ready for a challenging project like this. We are aware of our abilities and the Majesty 175 will sum up our corporate philosophy and the skills of our managers, designers and employees. We are well aware that offering quality is the only path to success. We are very proud of this project and we are also working on other large-scale projects.

The Majesty 175 will be the largest fibreglass yacht ever built and will have a gross register tonnage of more than 500 GRT. The luxury yachting world is very demanding. Those unable to meet yacht owners’ expectations do not go far. We know that choosing internationally appealing designs and designers and stringent build quality control will enable us to compete with the world’s top brands on an equal footing. Luxury is all about uniqueness, quality design, materials and designers. It is about offering top-quality equipment. You can only reach the top by aiming high and we will never settle for being just one yard among many.