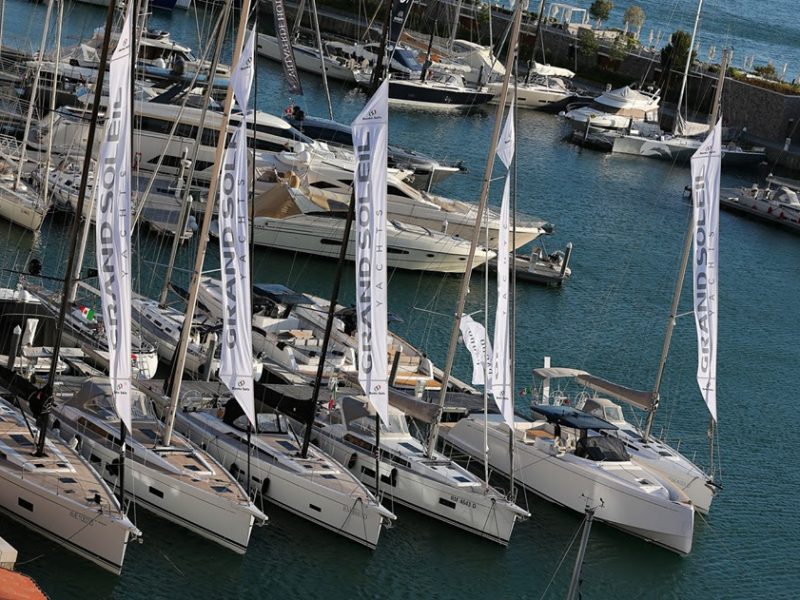 The Grand Soleil Cup had a record number of entries this weekend, with 45 boats that raced in Portopiccolo. The new Grand Soleil 80 Custom Essentia and the Grand Soleil 48 Race Athyris were also officially presented.

Two days characterized by fluctuating weather conditions, but supported by a cheerful and enthusiastic atmosphere on the dock in the fascinating scenery of the Portopiccolo Marina, marked the 2019 edition of the Grand Soleil Cup.

On the starting line, several Grand Soleil models told about over forty years of history of Cantiere del Pardo: from the legendary models that have characterized the story of the Cantiere del Pardo (to name but a few, the GS 39 by Jezequel) to the very latest models, such as the Grand Soleil 80 Custom Essentia (in the photo below), the full carbon flagship of the shipyard that made its first appearance in Portopiccolo, and the brand new and extremely aggressive Grand Soleil 48 Race Athyris by Sergio Taccheo. 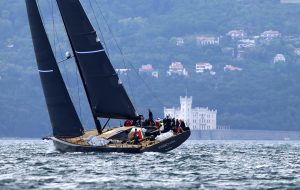 A race that saw not only compete, but also celebrate together more than 500 Grand Soleil enthusiasts from different countries, from Australia (the Grand Soleil LC 52 Dire Straits won the Long Way Home award) to Puerto Rico, from Holland to Germany, from the Czech Republic to France.

Due to the weather conditions, it was only possible to race on Saturday. The long race with a “borino” around 10-15 knots, a coastal regatta of about 12 miles with a buoy just below the castle of Miramare, saw the Grand Soleil 58 Forever as the winner, ahead of everyone also in the second race. At the end of the race, Aigylion, by Oris D’Ubaldo, Elca by Carlo Naibo, and Kiss by Renato Metlicovez, respectively, won in the Grand Cruise, Race and White Sails categories.