Giovanni Ceccarelli, sailing and motor, from A to Z 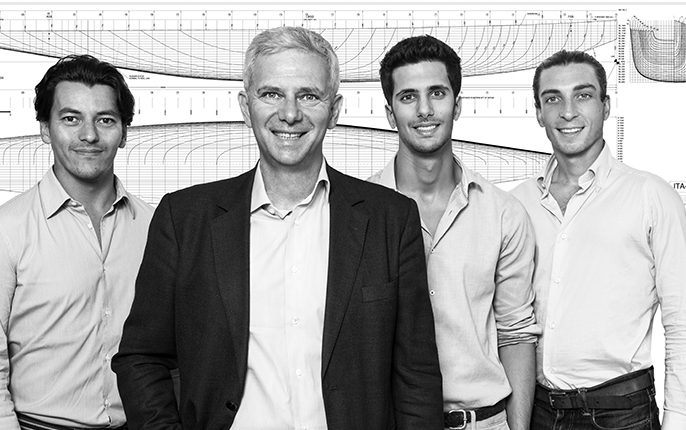 Giovanni Ceccarelli has designed racing yachts of every class, all the way through the America’s Cup, as well as motor boats for serial production, and he is putting his name to mega yachts today. He is one of Italy’s most expert designers

The Studio Ceccarelli in Ravenna literally sweats out boats: founded by Epaminonda in the 1950s, it contains half a century of experience in the form of models, old notes and designs from the past, the ones made by hand with flexible pear wood battens and weights still randomly dotted around a table. 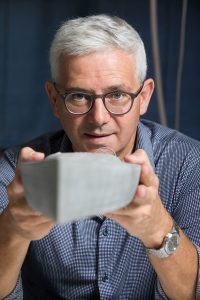 Once upon a time being a boat designer was similar of being an artist and was a job often performed alongside a more land-based and remunerative profession. As a result, not only the boats, but also the concrete constructions designed by the founder ended up in books on the history of architecture.

«My father Epaminonda was an engineer and was very creative», says Giovanni Ceccarelli. «He designed numerous boats, but also jewels, lamps, houses and furniture. I owe him a lot. I followed in his footsteps and studied engineering, both to satisfy my curiosity about the science that generates forms and to receive proper training».

As a boy Giovanni used to go sailing. He competed and won, which taught him to feel and understand how boats move, something that is truly fundamental for a boat designer.

The Azzurra team arrived in Ravenna when he was 18 but Cino Ricci encouraged him to study without allowing himself too many distractions: following a trip to Great Britain to look into yacht design courses, he decided it was more productive to remain in his father’s “workshop” and study in Italy. 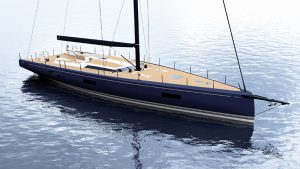 «In order to make a name for yourself in the sailing world you had to win a top race. That’s still the case today», Giovanni tells us. His first boat, produced in partnership with his father, was the minitonner Anita, which won the Italian championship and came third in the world championship. This success was repeated in 1985 with Secondanita, which he skippered personally.

From then on he recorded a whole series of successes in international regattas: ten IOR and ORC world championships, and a record-breaking victory in the Centomiglia del Garda. Vincenzo Onorato entrusted him with the Mascalzone Latino project for the 2003 America’s Cup, an undertaking that he repeated five years later with +39. 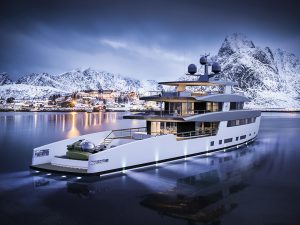 «I took part in the Cup with great enthusiasm, but if the same proposal was made to me today I would take a day to think it over», he confesses. «My experience with Mascalzone Latino and +39taught me what teamwork is all about», recounts Ceccarelli. «There can be lots of people working together on a project, but you always need one person in charge».

This invaluable lesson was also applied during the recovery operation of the Concordia, in which he played an important engineering role. It is also useful to know how to work in a team when working for yards that produce motor boats and, as is customary today, prefer to work with several yacht design studios at once. 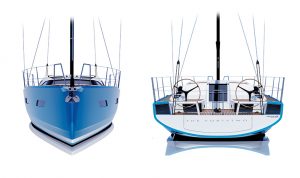 The Studio Ceccarelli is capable of doing everything, from the preliminary project to the hull, the deck and the interiors. «I don’t come up with a simple concept, but with a preliminary project whether I have been asked for a tender or a superyacht»,he explains. «The difference is that a preliminary project also includes engineering as well as design. It involves calculations and feasibility studies, making it a project ready to be developed». That’s how Ceccarelli works. He designs by hand, at a breathtaking speed.

As he shows me the first drawings he produced for Rosetti Superyachts, I notice that one is dated just two days before the next one. From one drawing to the next, the project takes shape and each of them is scanned. Then the main lines are worked out with his assistants, before progressing to the final 3D rendering. Giovanni Ceccarelli designs the hulls personally using software only.

«When Fulvio Dodich founded Rosetti Superyachts I showed up with some drawings done by hand», explains Ceccarelli. «They were really two important finished projects for a 35 and 50-metre yacht. I tried to interpret the Explorer concept in a personal key: they are yachts that can go anywhere because Explorer is synonymous with the pleasure of being on the sea, everywhere and in any case. The sea is always the same, but boats have to be made safer and higher performing. Today, performance is all about sailing in greater comfort while consuming less fuel so as to protect the environment».

The same quest for efficiency is applied to the world of sailing, which certainly doesn’t only represent the past, but also the present.  He has just designed a custom 80-ft yacht for the Cantiere del Pardo, their biggest unit to date. Giovanni is very proud of this project, in which he was responsible for the naval architecture and the interior and exterior design. «I am confident that as well as being attractive and well built, it will also prove to be fast in races».

Sailing and competitions are becoming a bigger and bigger attraction and he designed the 35 to 55-ft NEOYachts range for Paolo Semeraro. «They are innovative and modern cruiser racers in terms of their external design and their waterlines built by people who know the sea and racing».Giovanni Ceccarelli is continuing his collaboration with Eleva Yachts, following on from the success of The Fifty, exhibited at the recent shows in Cannes and Genoa, and is working on The FortyTwo, a 42-ft fast cruiser, for next season.

Ceccarelli wanted to develop something new for Eleva: a design that would break away from what was already on the market. Designing a boat similar to those being built by larger and more structured yards would not make sense. «An original design is something that people may or may not like»,he states, «but it’s always worth trying. There are aesthetic and practical reasons behind that sheerline. There is still plenty of scope for designing something new, even for yards with a consolidated clientele».

And Giovanni Ceccarelli continues to do his work from A to Z, from the first hand sketch to the definitive 3D rendering.

«People used to think that engineers had to look after the calculations and architects were responsible for the style, but I’ve never thought this way. Style is created by means of a creative process, but what you do always has to be justified and feasible and therefore has to be based on scientific knowledge, which is an essential tool for developing any item properly. I’m convinced that this is the best process for designers to follow».