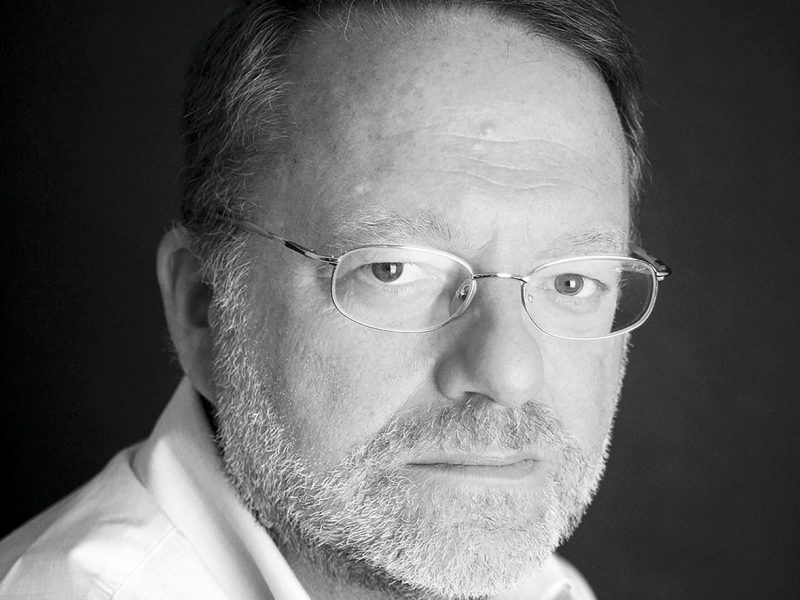 The country’s great nautical culture, combined with a unique appreciation of beauty, have made Fulvio De Simoni one of the  best-known styles in the world

The first interview I published with Fulvio De Simoni was back in April 1999, a 16-page article in a 160-page magazine. I dedicated 10% of the magazine to him because I didn’t dare cut out even a single comma of the text, which contained a series of reflections of huge cultural importance. De Simoni is renowned for having a difficult character. In reality, it is more that he is determined; he is someone who does not renege on his ideas, but carries them forward forcefully. He is not one for compromises. 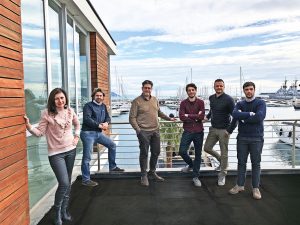 Back then, I wrote that he had chosen the path of experimentation right from the start, making it the key aspect of his constant research into forms that aimed to define the precise, highly limited space represented by a yacht. Around twenty years on, this research is even more intense.

It doesn’t make any difference whether you’re talking about the Pershing 37 from those years or the Pershing 170 of today. «For environmental and cultural reasons, various types of boat can be more or less suitable for a certain market. Yachts are not mass produced, and therefore every shipowner has their own personality and specific needs, regardless of their nationality».

Fulvio De Simoni is a designer with over 3,000 boats to his name. He has always sought out new directions to take, while maintaining a constant balance between beauty and efficiency in his boats. Born in La Spezia and an adopted resident of Milan, with a CV that is the envy of many, De Simoni began his career as a naval architect in 1972 at Alberto Mercati’s studio in Milan.

In 1977 he founded Yankee Delta in partnership with Massimo Gregori, and since 1983 has been the sole owner of Italprojects in Milan, and the key figure at Fulvio De Simoni Design, a company he founded along with some of his most trusted colleagues. We asked him which of the 3,000 boats he has designed he is most proud of.

«The Pershing 88 appeared on more than fifty magazine covers all over the world. It was an exceptional boat, like Caliari’s Tiger thirty years ago, so much so that all the open yachts since have followed that model. However, I’m not interested in wowing people, as happens with certain boats built without rhyme or reason, not at all practical and difficult to manoeuvre, created only to make an impression. The difficulty comes in creating an object with the same dimensions, but which also follows the rules and navigates well, like the Pershing 115, or the Pershing 140, which is nearing its launch».

The Pershing 140 stems from many different partnerships. It is a great example of teamwork, combining design excellence, engineering innovation and manufacturing ability. «This flagship design is highly innovative, something which has always been in the brand’s DNA. At the same time, we tried to make the changes as unobtrusive as possible, safeguarding the iconic design features that make every Pershing unmistakeable at first glance. This consistent evolution, which goes hand-in-hand with a highly original vision of all aspects of sailing, gives the Pershing 140 its unusual signature style, in line with a history in which I am proud to play my part». 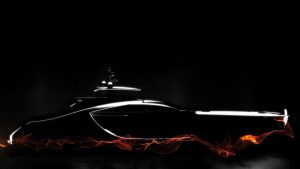 We ask Fulvio whether design still has a large bearing on an owner’s choice of which boat to buy. «Yes, it matters, because it is a client’s first consideration, along with trust in the shipbuilder. The emotional aspect is still worth an awful lot. The market is dividing up into those who want a smaller boat that consumes less while travelling further, and those who have little time to dedicate to sailing because they’ve got lots of other interests, and so when they get into a boat they want to go faster and enjoy a bit of an adrenaline rush».

Moving from a very fast boat to one with a displacement hull, however, involves a different approach. «It isn’t something that worries me at all. I have always done a bit of everything; I simply see boats as a design challenge. I am happy designing both quick boats and slow boats, and I don’t differentiate between smaller or bigger craft. A small boat still contains a large number of design elements, and if you want to do the details well, they require a maniacal approach».

When asked for his definition of design, the architect responds: «I could say something slightly romantic, in the sense that this aspect explains my passion for paintings of boats and all old objects connected to sailing. I recently bought three ancient books of ships. In reality I just like design, I like putting shapes together, as you do for a boat». Fulvio De Simoni believes that style has a universal language. Its proportions, attention to detail and the movement of the surfaces can be instinctively appreciated by anyone. «I don’t usually allow myself to be influenced by trends, but I watch changes in the customs and requests of shipowners carefully».

The work of one of the most famous Italian designers in the world is based on a very clear concept: «Large windows, clearly-defined lines, and boats that are simpler, cheaper to run, comfortable and welcoming: these cannot be considered trends, they are simply improvements in how people can live at sea. In the past boats were only for enthusiasts, people willing to make sacrifices to fulfil their desire to travel the seas. Today shipowners have different expectations. Boats have to be places where one can enjoy one’s spare time without a care in the world. Technology has undoubtedly improved the quality of life on board, improving seakeeping, reducing rolling and increasing accessibility more generally».

De Simoni has designed boats for leading shipyards in Italy and across the world. Brands of the calibre of Pershing, Antago, Mochi Craft, Ilver, Gianetti, Raffaelli, Abacus Marine, Astondoa, Austin Parker, Evomarine, Rodman, Sea Share and Wider have all built yachts bearing his signature. Rossinavi and Ocea Yacht are more recent additions to this list.