Fountaine Pajot, to keep on growing 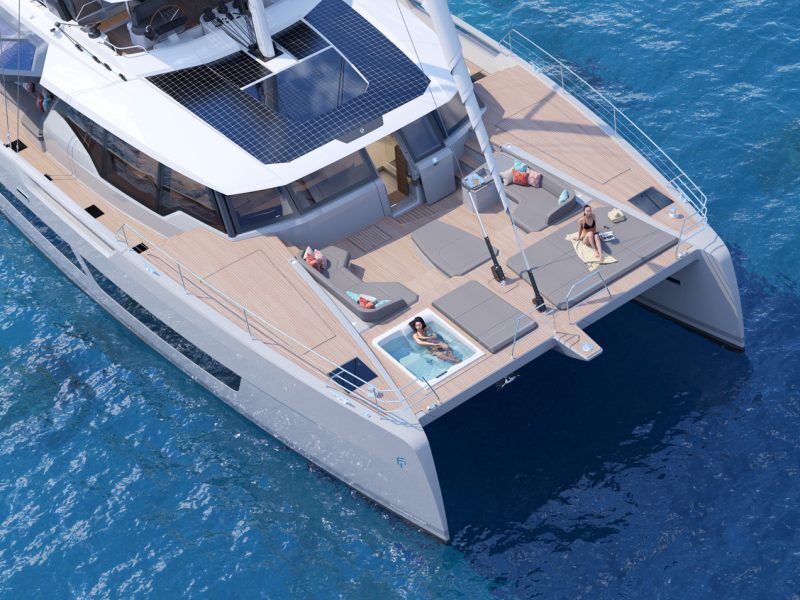 Fountaine Pajot does not lack experience, after all it has been producing catamarans for 45 years. But, without sitting on its laurels, it is time for new challenges

The main challenge concerns the largest sailing catamaran the La Rochelle yard has ever built. The New 80, an eighty-footer, will see the light of day next year. The project started two years ago, at the explicit request of a private owner, but Fountaine Pajot has been studying how to engineer products and expects to build, after this first example, three to five per year.

There will be two cockpits because the bow area is also equipped for living in addition to the aft cockpit. Access to this area, as well as from the side passages, will also be from the front dinette hatch. Large volumes therefore, but still great ease of movement on board. 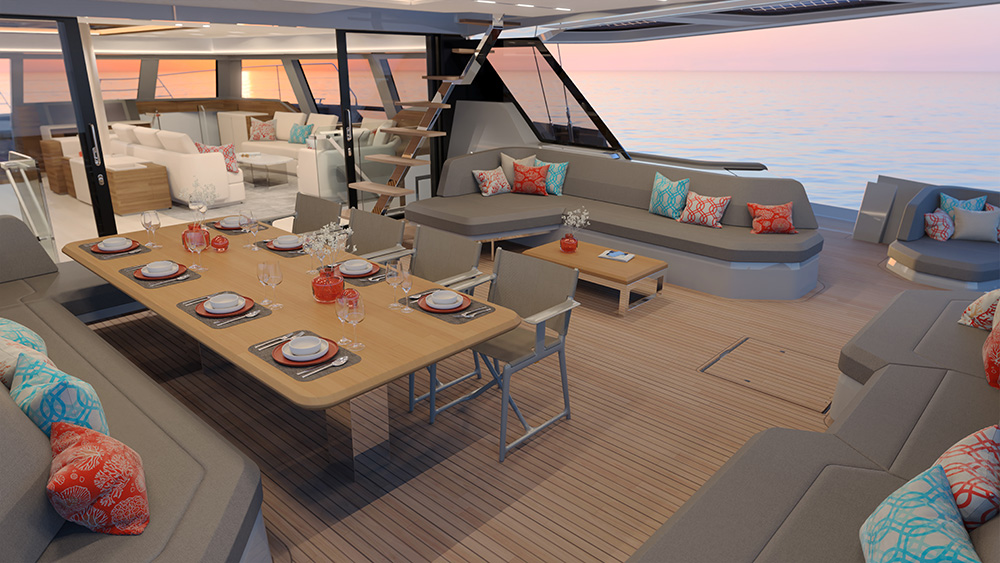 On the New 80, the saloon measures an impressive 60 square metres and is a space in continuity with the outdoor cockpit.

The layout of the fly includes a separation between the technical area for manoeuvring in the forward part and a third open-air living area in the aft part. The saloon is so large that it is measured in square metres. The design envisages as many as 60. Two balconies open up on the sides of the main deck, adding to the aft beach area. There is no lack of storage volumes, also designed for Sup and toys in general.

The flybridge will also house some solar panels to increase the energy capacity for utilities using renewable sources. New 80 will be a catamaran made for sailing. Among the large surfaces, in addition to the interior, deck and fly, are those of the sails. The mainsail will measure approximately 200 square metres and the genoa 140. The base price is expected to be EUR 4.9 million, but the full optional version goes up to EUR 6.9 million.

At the Cannes boat show, Fountaine Pajot did not just announce this new maxi sailing catamaran, but also presented the many novelties of its brands. Some are already in the water, and others are close to launching. Among the motor models, the next in the pipeline is the Power 67, developed on the hull of a sailing model of the same size.

Fountaine Pajot recently signed an agreement with Couach, the historic French shipyard, to produce the largest models in its range, both sail and motor. Indeed, growth has been remarkable and to meet the demand for new models, the partnership with Couach is essential. 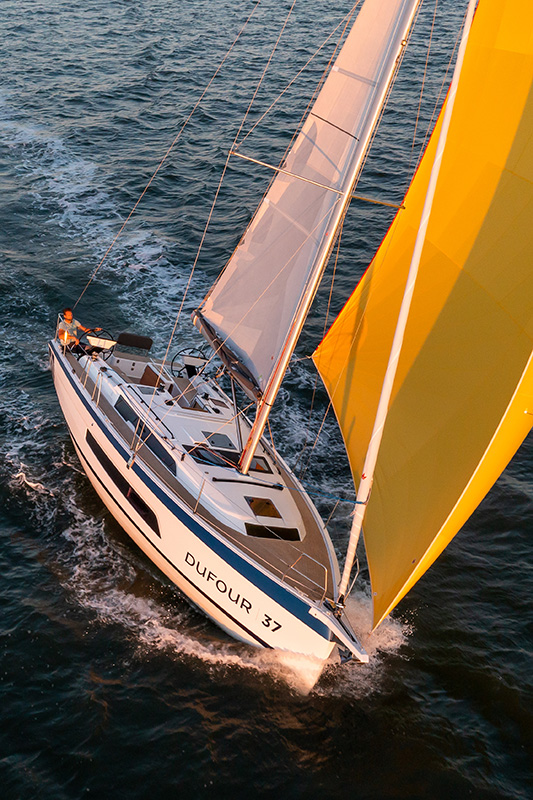 The new Dufour 37 under sail. 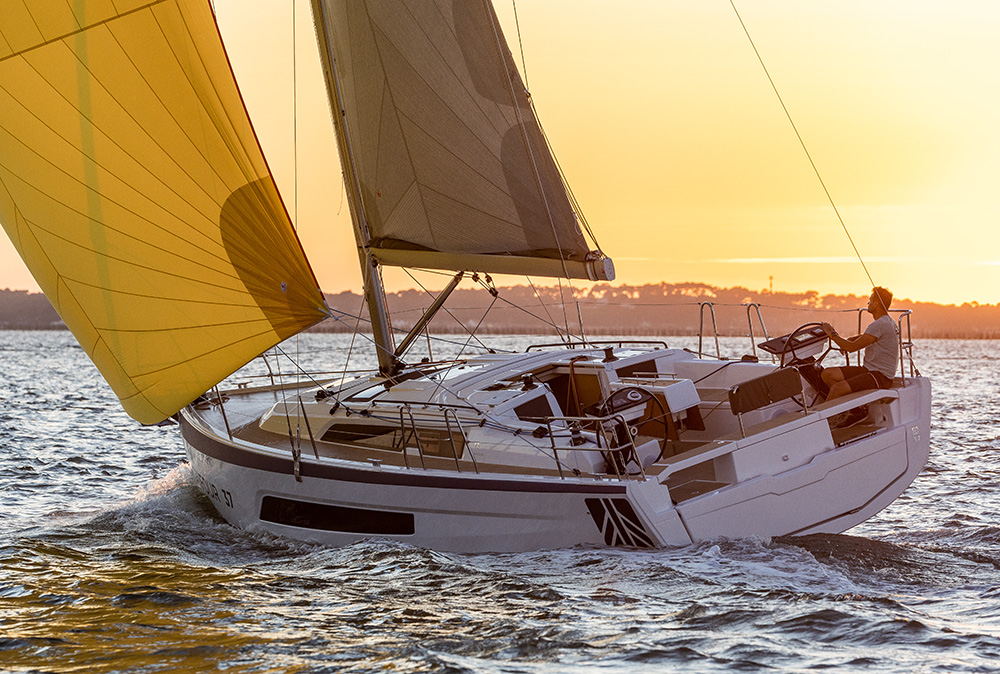 The 37’s deck plan allows it to be driven even with a small crew.

In addition to plans for the immediate future, the present is made up of the Aura 51, the new sailing catamaran that was due to be presented in Düsseldorf in January, but due to the cancellation of the German show, made its debut in Cannes.

The special feature of the Aura 51 is that, in addition to sails, it has a hybrid system as its propulsion system. It is a project developed entirely in-house. And, finally, the news also concerns the Dufour brand because Cannes saw the arrival of the new 37, a monohull also designed by Umberto Felci and available in three versions: Easy, Ocean and Performance.

In the opening image, the forward part of the flybridge of New 80 houses numerous solar panels to increase the renewable energy supply.