First Yacht 53, the word to Biscontini and Argento 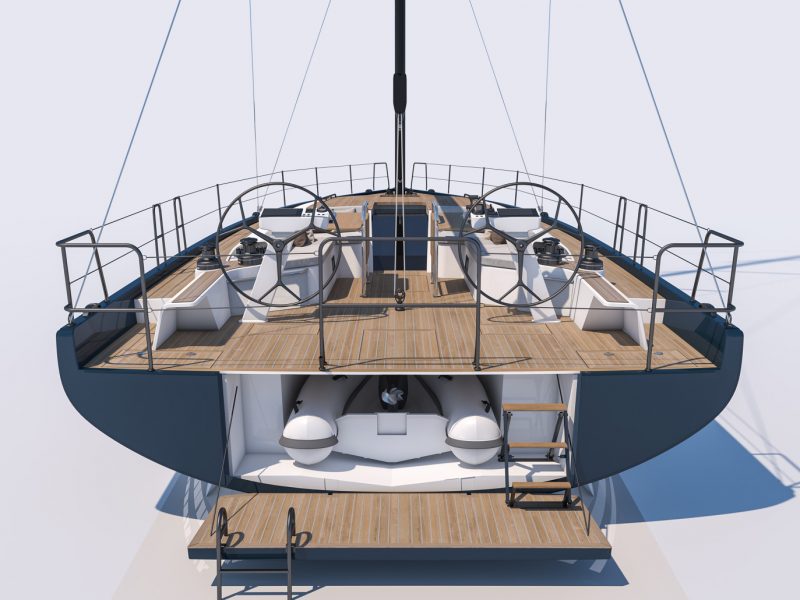 Cannes, Genoa, Barcelona and then across the ocean: September will see the start of the presentation tour of First Yacht 53, the new and highly anticipated fast cruiser by Benéteau with Roberto Biscontini and Lorenzo Argento. This is how it will be, according to the first words of its creators.

“I’ve always been looking for speed on the boats I design and sail on,” said Biscontini, who is the father of the water lines of this 17-metre yacht, “and the First 53 is a very good example of my philosophy.” 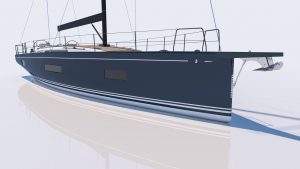 It is no coincidence that the boat has a low displacement, 15,500 kg (34,162 lbs), a good sail area and a fast hull, with the right side of the bow vertical, twin rudders blade and the maximum further aft. A cruising hull, yet with high performance, in line with the philosophy that has always animated the Bénéteau First range.

Among the highlights of the new First, there is also a garage tender aft, to accommodate boats up to 2.4 meters long. 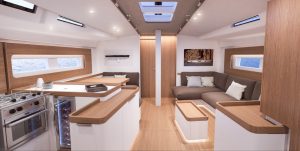 “A word to describe the First Yacht 53? Intuitive – says Lorenzo Argento, who designed the interior of the deck with his studio – we have removed all the steps, nothing stands in the way of those who move on board. It is very simple to do anything, “everything flows”. The cockpit is well divided into two functional areas, one for manoeuvring and the other just for relaxing”. 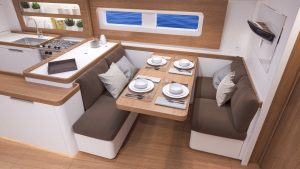 “On boats like these – adds Lorenzo Argento – crews usually prefer to eat outside, in the cockpit, rather than below, in the dinette. So we thought about the layout of the First Yacht 53 in this direction, with a small dining table, but with a double sofa in front of a coffee table.  I’ve worked a lot on the creation of this area, and I love it very much”.

It will be possible to have the carbon mast higher by one meter, with a gain of 10 square meters of sail when going upwind and 15 sailing downwind. There is also a tighter version of the fin, with the draught reaching three metres and a final plumb bulb.

The basic version provides three cabins and two bathrooms, with the owner cabin forward. Another layout will also be available, featuring three cabins and three bathrooms. In both cases, at the furthest bow, and with separate access, you can choose between a large locker and a cabin for the skipper. 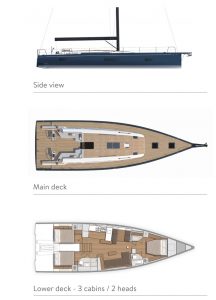 (First Yacht 53, the word to Biscontini and Argento – Barchemagazine.com – May 2019)