Ferretti group president was awarded at the Premi Leonardo 2018 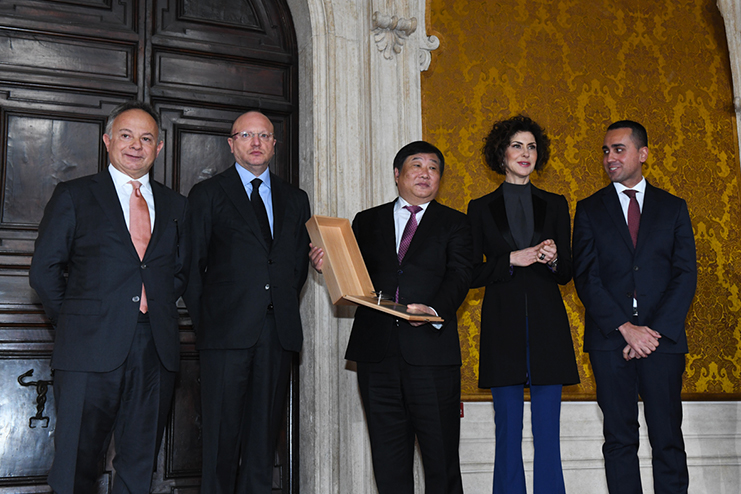 The initiative is promoted by the Leonardo Committee, created in 1993 from the common idea of Senator Sergio Pininfarina and Senator Gianni Agnelli, the ICE Agency, Confindustria and a group of entrepreneurs, with the aim of spreading and strengthening the image of excellence of Italy in the world. In 2018, the Leonardo Committee alone achieved a total turnover of almost 360 billion euros, about 20.4% of Italian GDP, with an average export share of 55%.

The Leonardo International Prize was conferred to Tan Xuguang, Chairman of the Weichai Group and Ferretti Group, who in 2009 began a process of global expansion with the acquisition of Baudouin in France, KION and Linde Hydraulics in Germany, Dematic and PSI in the United States, Ceres in England and Ballard in Canada, reaching a global turnover of 31 billion euros. Under the leadership of Tan Xuguang, the Weichai Group successfully completed the acquisition of the Ferretti Group, with a total investment of 400 million euros.

The award ceremony, which took place shortly before the visit to Italy of the Chinese President  Xi Jinping, further shows how Italian companies are now closely connected to the will of these major foreign investors, raising doubts about the dependency relationships that may arise in the future.