Enrico Gobbi: this is how my Team for Design works 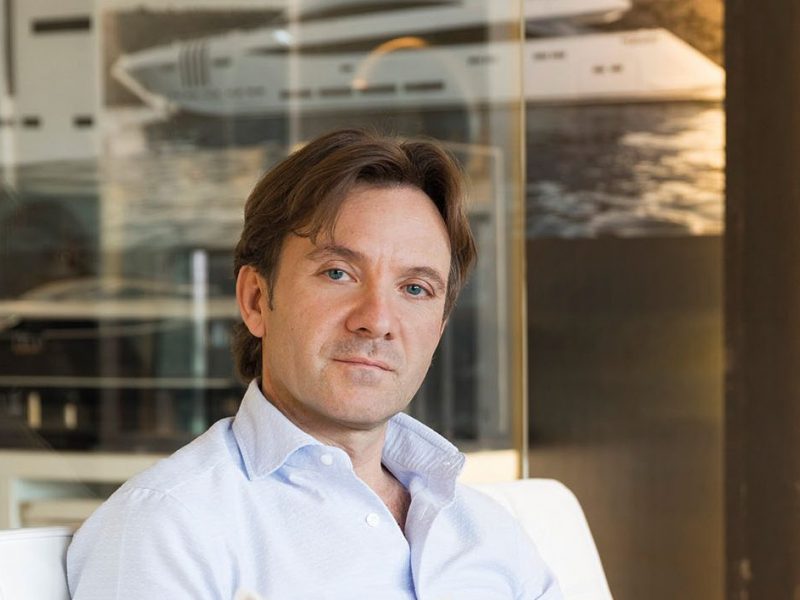 Creativity, collaboration, team work, but also a lot of inspiration from the world of 20th century architecture, those are the ingredients which characterise  the work of Enrico Gobbi and his team

«A good designer starts from a hand-drawn design. It is with a pencil that you put across an idea and convey an emotion», explains Enrico Gobbi. «Software is important, and you need to know how to use it. To clients one shows a 3D design, as one should, but when we are among ourselves, creativity is expressed with a sketch. That’s where everything starts». Who are the “we” that the architect is referring to?

They are the nine co-workers, all of them architects and designers, who make up the team at his studio. «Amongst us there are those who are more technical, and those who are more purely creative, but we nevertheless work together», says Enrico Gobbi. The skipper of the group, right-hand man and coordinator is Carlo Lionetti. He has worked with Enrico Gobbi for a long time, but other architects from the Team for Design can also claim to have worked for the group for a long time. 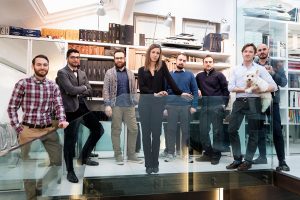 Enrico Gobbi doesn’t like the idea of a production line, and nobody is asked to work in a compartmentalised way. Everybody has to work together on a project, and everybody has to know how to do everything. When they need it, they can also call upon external research work, especially for the parts with most engineering.

The Team for Design is a hotbed of creatives, which does 80% of its work on boats, but sometimes also ranges out into other fields. There are boat owners who also ask for projects to be done in their homes, on both architecture and interior design.

You often hear that boats look like houses. In their case, however, it’s the other way round. It is the houses that take their cue from the boats. «A quality that people recognise in us», says Enrico Gobbi, «is being able to get the best out of the space available». On a boat that is vital, but it is also a good idea to avoid wasting space when you are designing a villa.

They are currently busy creating a 70 metre yacht for Rossinavi of Viareggio. It certainly isn’t the first time that they have dealt with this size, and actually the world of superyachts has been their daily bread since the studio began in 2005. What is different this time around?

«It is perhaps the most demanding 70 metre boat that we have ever had to design», says the architect. «The owner wants such a customised project that even the door handles are designed by us. It is so demanding that it is the same as the work that we normally put in to create three boats of the same size». 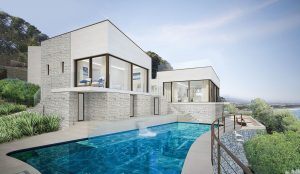 But there is no lack of work, because – in addition to the 70 metres – they are also involved in creating a 63 metre and two 50 metre boats. «The 63 metre one is also a nice challenge», he says, «because it will be a very fast boat, a kind of Aston Martin of the sea, a great sports coupé». The difficulty in this case also lies in the rigorous respect that has to be paid to the weights imposed by the project.

As well as Rossinavi, they have orders from Isa Yachts, which has commissioned Team for Design to create all their large boats, starting from a 65 metre requested by an English owner.

Enrico Gobbi likes the number ten. «In the studio I have nine co-workers and, with me, that makes a group of ten people. I don’t want any more because I believe it is impossible to keep quality levels if there are too many architects and designers. I would rather turn down the occasional commission. That way I manage to control everything and our projects really are the product of team work. We compare, sometimes we argue, but the atmosphere is always aimed at collaboration», explains the architect.

And perhaps that is actually the added value which has allowed him to achieve so much success. A tried and tested team, the right mix between young designers and more expert ones, and the experience, which now goes back a long way, of designing super, mega and giga yachts. «To make small, sporty boats you have to be pure designers and perhaps take some inspiration from the world of car design. But making superyachts is perhaps more complicated. You have to be architects, to understand great architecture and not just design. A superyacht is above all a question of proportions and balance», he explains to me.

And what comes to mind is that people who don’t know how to properly balance shapes are likely to end up making one of those kind of floating palaces. «People who get proportions and balance wrong make ugly boats», says Enrico Gobbi. «One of my sources of inspiration is 20th century architecture. Architectural composition is part of my cultural baggage». 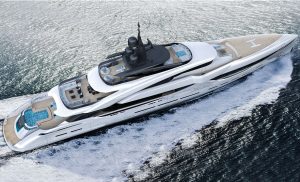 And that is where Enrico Gobbi comes from. From university. From architecture. He hasn’t come from one of the many, possibly too many, schools that are more or less improvised and that turn out designers at a frantic rate. He studied civil architecture and graduated in Venice in 2000 with a thesis on a ship. He subsequently specialised at a yacht design school in California and then worked his way up at Nuvolari & Lenard.

I spontaneously feel the need to ask him if there is a secret to it. Why are Italian architects and designers so sought after? Why do they always manage to create more beautiful projects than the rest? «It is a matter of DNA. Design is part of us, because we are accustomed to beautiful things. We’ve got Venice, Rome, Florence, Naples. There are beautiful places in the world, but their fascination is the product of nature or by the context in which they are situated. Whereas we have historic cities and architecture. I grew up admiring Saint Mark’s Square. If I had lived in Düsseldorf, perhaps I wouldn’t have the same sensitivity».