The Galleria Mazzoli in Modena is the prototype of an ideal world, where passion encounters art and generosity becomes one with the culture

Emilio Mazzoli is almost eighty and celebrated his first fifty years as an art gallery owner last year. Fifty years of exceptional encounters with the most influential names in contemporary Italian and international art. Everything began and has remained in his native Modena, the city where “Futura – Galleria d’arte contemporanea” was founded, first of all, followed by the venue that still bears his name today. 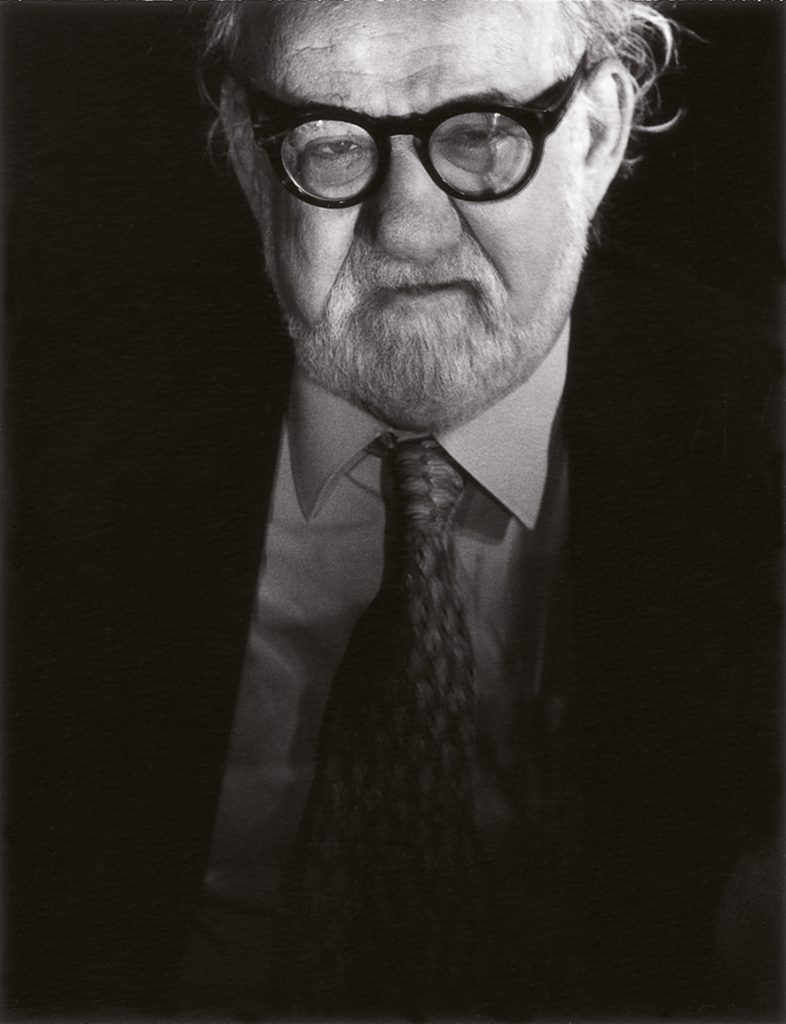 He began investing in his great passion before he had even turned thirty: art in every sense, including painting, sculpture, literature and poetry, becoming a publisher himself and publishing the catalogues of the exhibitions he organised. His activity began with names such as Jannis Kounellis, Luciano Fabro and Giulio Paolini. He confesses that it did not go well initially and so he decided to commute between Modena and Rome to get in touch with the leading artists of the time. These were the years of the Transavanguardia movement and Mazzoli’s friendships with the likes of Sandro Chia and Enzo Cucchi made him the go-to gallery owner for this movement.

The new gallery, which opened in 1977, hosted the Tre o quattro artisti secchi (Three or Four Dry Artists) exhibition, with the accompanying catalogue going on to become the manifesto of the Transavanguardia movement. Thanks also to a longstanding relationship with the critic Achille Bonito Oliva, the Mazzoli Gallery has hosted works by Mario Schifano, Vincenzo Agnetti, Enrico Castellani and Giovanni Anselmo. «To tell the truth», says the art dealer, «I had been courting Schifano for some time but had not been able to meet him. I met a chinoiserie seller in Rome who offered me the artist’s number in exchange for 100,000 lire. I gave him the money and called Schifano. That’s how it began with him».

He remembers him as a generous man, capable of gifting his paintings to those who were actively involved in supporting left-wing movements. He once handed over a batch of commissioned works to Mazzoli himself and, as an apology for the delay, added others as gifts. «This is my idea of an artist», explains Mazzoli, «a person who lives for the art, who is intellectually free. I think I can say the same about myself because in my fifty-year career I have never worried about money and I have bought works at the right price and resold them at equally affordable prices. I have also sold them for payment in instalments. I like the idea that anyone can buy a painting».

It is quite mind-blowing to hear the names of the artists whose work he has exhibited and to think of how much certain pieces must be worth today. Mimmo Paladino, Nicola De Maria and Francesco Clemente all ended up in Modena. It’s natural to ask him why he stayed in Modena and the answer is disarmingly simple: «Although I was young, I already had a wife and three children, and then I’ve never loved big cities. Do you know how my love of art began? Thanks to a priest at the oratory I frequented. This Catholic background is what shaped me and that’s why I think art should be accessible, including as regards prices. Since the 1980s, however, it has become a commodity and this is the fault of both gallery owners and artists, who have been complicit in turning art into an extension of finance. Money is the only thing that matters».

Among the memories worth recalling is that of a very young Jean-Michel Basquiat, who held his first exhibition anywhere in the world thanks to Emilio Mazzoli: «It was 1981 and I sold the works straight away because my clients have always trusted my sensibility and honesty. Today, galleries only work on the principle of deposits. They don’t buy paintings and they give back unsold works, but I continue to buy and believe in young artists». 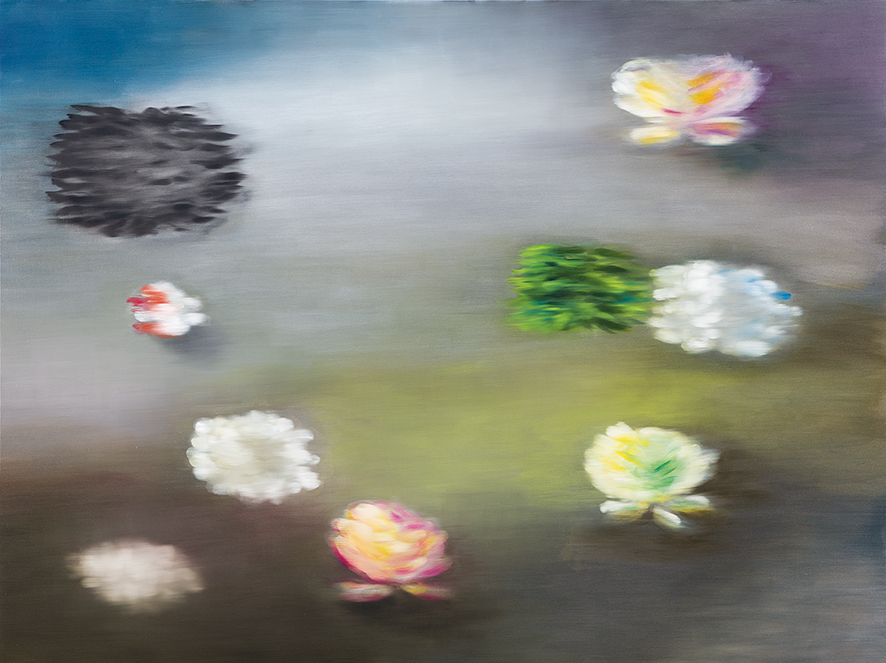 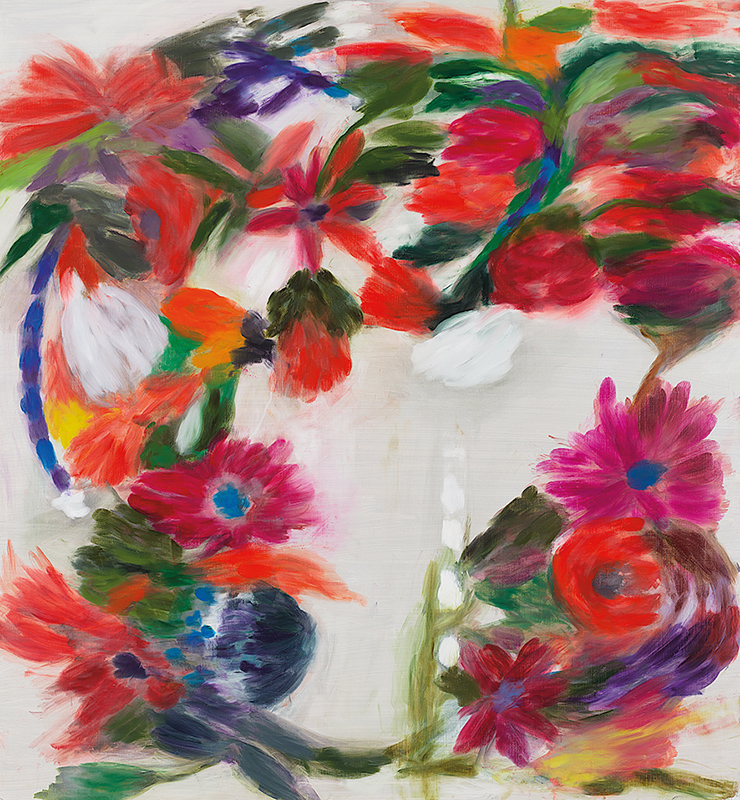 Above, two works by Ross Bleckner, oil on canvas, Untitled of 2018, and Doppelgänger III of 2017.

There is a major exhibition of a living artist in the pipeline, due to be held in 2022, but the name is top secret. Mazzoli is showing no signs of slowing down and is instead looking to the future: «What I hope», emphasises the art dealer, «is that art will regain its courage and freedom. It needs to recover its epic dimension and I invite young people to focus more on being artists and less on being managers». There is also a Mazzoli gallery abroad, opened by his son in Berlin, and it is dedicated to the relationship between art and sound. 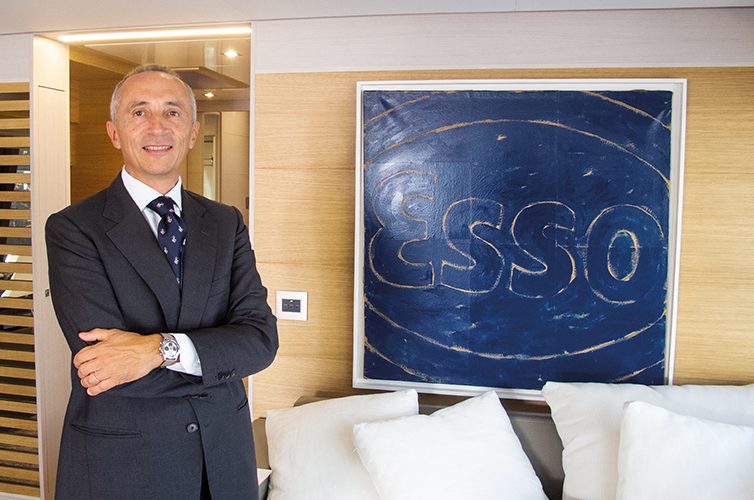 AMONG THE GALLERY’S MOST LOYAL CUSTOMERS THERE ARE ALSO PEOPLE FROM THE NAUTICAL WORLD, ONE ABOVE ALL ALBERTO GALASSI, CEO OF FERRETTI GROUP.

His most loyal customers include figures from the world of yachting, including Alberto Galassi, CEO of the Ferretti Group. «The worst clients are the bad collectors who buy only to invest. Instead, art means passion, culture, and joy of life», jokes Mazzoli.

DATES
In 1970 he opens “Futura – Galleria d’arte contemporanea” in Modena.
In 1977 he opens a new gallery that bears his name, Emilio Mazzoli, where he stages exhibitions by Vincenzo Agnetti, Gilberto Zorio, Enrico Castellani, Giovanni Anselmo and Mario Schifano.
In 1978 the Transavanguardia adventure begins with Enzo Cucchi and Sandro Chia’s Tre o quattro artisti secchi exhibition.
In 1981 he hosts Jean-Michel Basquiat’s first solo exhibition anywhere in the world, curated by Diego Cortez, an eccentric art and music critic from New York.
Since the 1990s he has been working with a number of Italian artists, such as Gian Marco Montesano, Mario Dellavedova, Franco Vaccari, Carlo Benvenuto and Marco Cingolani, among others.