Superyachts in numbers: coming out of the niche 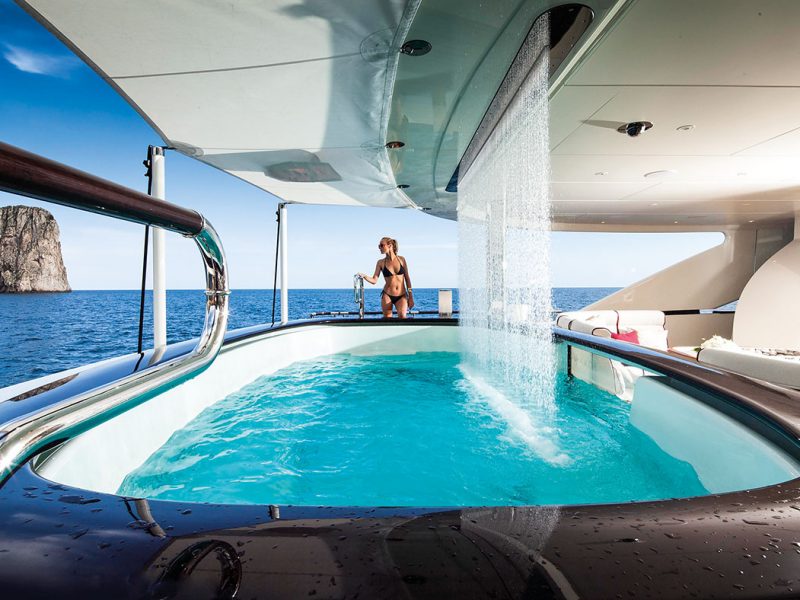 At the Versilia Yachting Rendez-Vous, Deloitte Financial Advisory Italy has released details of its research into the large yacht market

IT IS LIKE CLIMBING A MOUNTAIN, STEP AFTER STEP, making sure you only tread on solid ground. But the path has been used before, the weather is good and the summit can now bereached. The mountain is now 22 billion euros high, and Italy is climbing determinedly, and successfully. The crazy thing is that we are talking about boats, and it is on the flattest place imaginable – the sea. 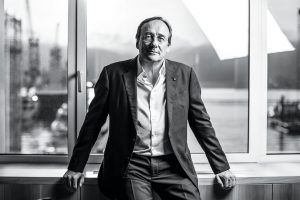 But the expectations that arise from this are as tall as Everest, and the effects that it can generate in the Italian economy can be counted in the billions. You just have to consider that over the past five years, from 2013 to 2018, the luxury yacht market – from 750,000 euros and up – grew by over 12 per cent, which was more than the entire luxury sector, which only grew at between seven and eight per cent. And that eight Italian constructors currently feature amongst the top 20 yards building super yachts around the world. 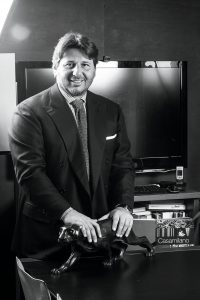 Sometimes figures talk,and Tommaso Nastasi, Deloitte Financial Advisory Italy , talked them up nicely at the round table talk held at the Principino conference centre in Viareggio, which was part of the Versilia Yachting Rendez-Vous. So, he told us that 160 super yachts were delivered in 2018, which was 18 more than the previous year. And he added that the most popular were ones of between thirty and forty metres, although the output of yachts of over fifty metres is increasing.

Italy’s part of the 22-billion euro spoilswas 2.5 billion, with a specialisation in large yachts, a segment in which it is the leading country with 46 per cent of total orders.

That is a good result if we bear in mind not only the collapse the market suffered in 2008, which caused boatyards and the entire luxury sector to lose ground, but also the fact that only two per cent of worldwide sales are made to the Italian market, while Europe overall represents 21 per cent, and North America 45 per cent.

«We are growing a lot, but we are still just a niche market», stressed Nastasi. «There are twenty million people around the world who can afford to buy a yacht, so this sector has a ridiculous amount of growth potential. Moreover, we shouldn’t forget that if you make a 4 per cent profit margin in producing a boat, in the rest of the luxury sector that figure is 14 per cent. So we can also make a lot of progress in that respect. The important thing now is to find the right way to convey the quality of Italian workmanship». 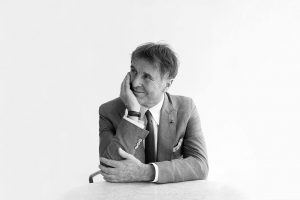 There was no lack of answers to this. Questioned by Nicola Porro, a journalist and television presenter, several well-known names from Italian manufacturing – and not just people from the nautical area – talked of their own experiences. There were, for example, Stefano Domenicali (chairman and CEO of Lamborghini), Renzo Cotarella (managing director of Antinori), Elisabetta Franchi (a catwalk icon, and founder and president of the fashion house that bears her name), Isabella Traglio (jewel expert and manager of the family firm, Vhernier) and Brunello Cucinelli (well-known Umbrian fashion designer, and the “inventor” of humanistic capitalism). But the call for a quantum leap in the level of international marketing came from Massimo Perotti and Lamberto Tacoli, respectively chairman of Sanlorenzo and CEO of the Perini Navi yards. 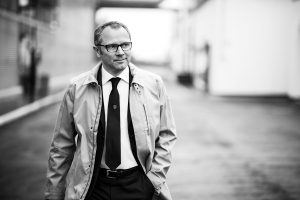 «The Italian yacht sector has to come together and display its boats, including prototypes, in a single show that would be the point of reference in our country», exhorted Perotti. Tacoli, who is also the president of Nautica Italiana, made a promise: «We will work to unify our associations so that we can be together and work as a group. Or, as they say, to play as a team». Marcello Lippi, who knows about being a player, coach and sports manager, welcomed the suggestion during his speech. The wind is blowing in favour of the project. Everything suggests that the hatchet of competition can be buried.

Massimo Perotti
«The Italian yachting sector has to come together and display its boats, including prototypes, in a single show that should be the point of reference in our country. We can all decide together whether to have our clients come to Genoa, Viareggio or Venice, but we shouldn’t have to go to Cannes or Montecarlo. Anyone who wants to see the most beautiful boats in the world has to come here, to Italy. That is what Italian furniture manufacturers did twenty years ago, when they decided to organise the Design Week in Milan, which is now the most important show in the furniture sector. The annual show in Cologne ceased to exist after that. We have to do the same as they did». 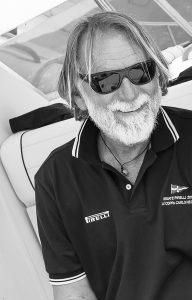 Mauro Pelaschier
Plastic is the implacable enemy of the sea. Each year eight million tonnes of celluloid, plexiglas and polyurethane invade the oceans and if there is no change in that trend, by 2050 the fish-plastic ratio will be 1 to 1. «We have to change our lifestyle and safeguard this great environmental resource that is the sea». Mauro Pelaschier was the spokesman for the One Ocean Foundation at the Viareggio round table. «Fish consume micro-plastics, and that means they appear in what we eat. I have been on the sea since I was six years old, and I have seen what has happened in terms of waste and pollution». The Charta Smeralda is an ethical code that can guide us in defending it. Pelaschier called upon everybody who loves the sea to sign up to it.

Lamberto Tacoli
Artisan craftsmanship is beautiful. Or are industrial processes better? Understanding how to bring together creativity with machines and the challenge of producing in Italy.  Because turning down the art of handmade craftsmanship and throwing yourself at mass production techniques would mean distorting our history and our natural capacity to create beautiful things. But rejecting the science of innovation creates a danger of falling behind in terms of delivery times and the culture of the present moment, which is focussed more on technology than on experience. So how then should we maintain Brand Italy while also making use of the possibilities offered by modern production techniques? «We must continue to be craftsmen in both our head and our hands, but we also have to industrialise», answered the CEO of Perini Navi, Lamberto Tacoli. «So essentially artisan craftsmanship has to be maintained in everything that the eye can see».

Stefano Domenicali
Lamborghini CEO Stefano Domenicali said that the characteristic features of Italian-made production should not be abandoned. «It is the element that is consistent throughout the world, despite the different approaches they may have», he said. «It explains everywhere that the reason why it takes some time to get a car is because we make them by hand».

Brunello Cucinelli
Brunello Cucinelli, a businessman philosopher who has a passion for humanist values, gave his solution: «To get people that work well, we have to make sure that our employees are treated with dignity, both in terms of how they work and what we pay them. We have to appreciate what they do, because that appreciation is the source of responsibility, and responsibility generates creativity». Whatever path is taken, it is clear that craftsmanship has to open a dialogue with innovation: the challenge is on.

(Superyachts in numbers: coming out of the niche – Barchemagazine.com – July 2019)