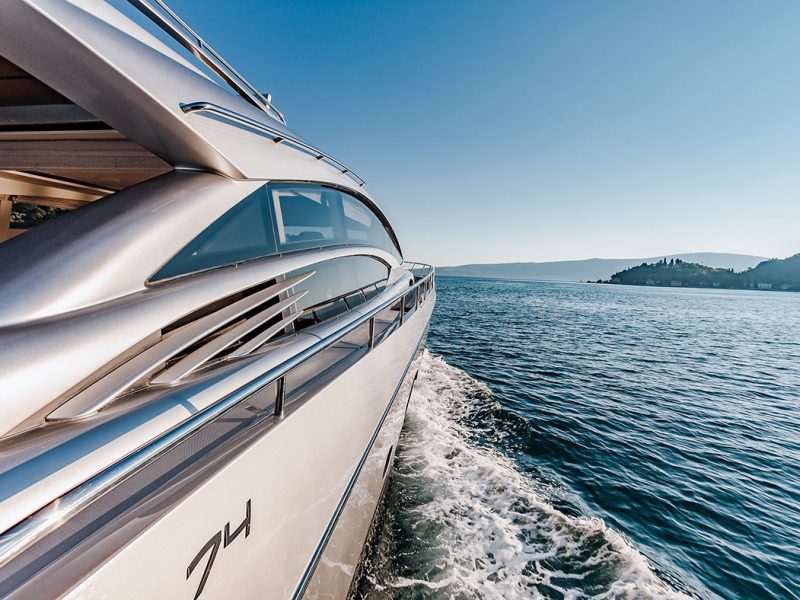 Cmm Yacht Service of Matteo Cervasi is renowned for the quality of services on offer, from ordinary maintenance to more demanding refittings, from dry berthing to hire and technical consultations in the purchase and sale of boats

Cmm was founded as a Pershing reference company and has become an established part of the Ferretti Group, which has appointed it a Master Service Point thanks to the quality of the services offered. Even in this year long, Cmm has guaranteed its assistance service, ensuring its presence and professionality in Italy, on the Cote d’Azur, in Turkey and Lebanon where, as well as offering ordinary maintenance services, it has also undertaken structural works on boats up to 30 metres in length. 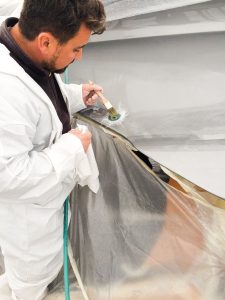 Paying careful attention to every aspect that may improve their customers’ enjoyment and use of their yacht, some years ago it became the official installer for Seakeeper. Over recent years, there has been increased demand in gyroscopic stabilisers, so much so that in the past season Cmm have been involved on yachts between 18 and 44 metres.

In Turkey, in particular, three stabilisers were assembled: an SK9and two SK16s on a Navetta Custom Line 37. In Biserte, in Tunisia, two SK35s were installed on a 44m Tecnomar. In Naples, anSK9was assembled on a Pershing 64 and an SK16 on a 2006 Pershing 90. This boat was also subject to some important refitting works started by the company last winter and recently completed. The boat owner asked the company to proceed with renovating the craft. Refitting started in Torre Annunziata, where Cmm’s Tyrrhenian Coast branch is located.

The Pershing 90 was completely repainted in Chrystal White, the entire exterior lighting system was replaced with optic fibres and LEDs, including the underwater lights. The engines underwent a full inspection and the two electrical generators were replaced. Moreover, all systems were fully inspected, as were the Arneson transmissions and the machinery room was completely renovated. 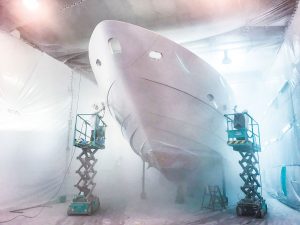 Still in Torre Annunziata, a Pershing 80 was refitted: all furnishings were completely redone, including a wine cellar and leather-covered table. In the boat owner’s cabin a TV mirror was installed and the bathroom was partly rebuilt. Moreover, the carpet throughout the sleeping area was replaced with flooring in wengé.

In Varazze, in Cmm Yacht Service ‘s new facility, a Pershing 115and two Navetta Custom Line 28 were completely repainted, while a third was repainted in Ancona and a fourth in Bodrum in Turkey. In the French site of Antibes, anItama 75was completely repainted and the propulsion system of a 2002 Pershing 88 coming from Lebanon was restored: an intervention requiring the replacement of all the internal transmission components and the complete rebuilding of the casing which had been completely corroded by the galvanic currents and lack of maintenance over the years.