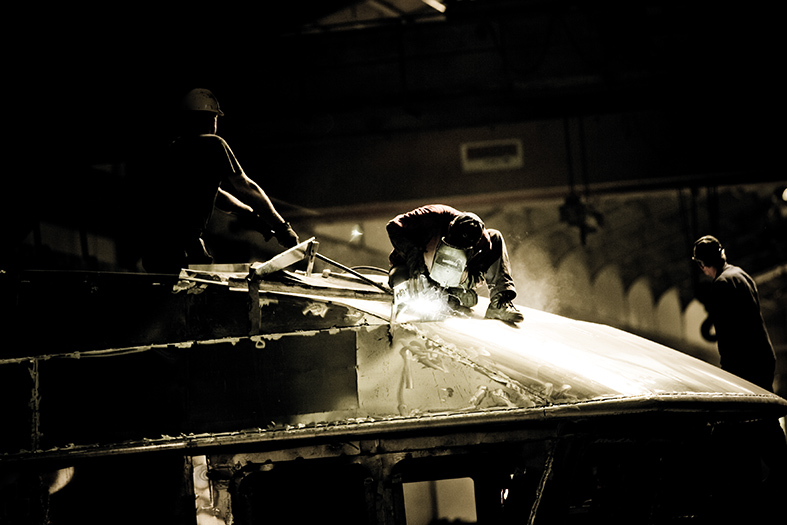 With ten boats currently under construction, Cantiere Delle Marche is one of the main shipyards in the world for the construction of explorer vessels in steel and aluminium

In the midst of the crisis in 2010, one of the darkest years for international boating, a group of entrepreneurs and managers refused to give in to fear and, strong with the many years of their experience, gave life to a project that could seem bold at the time, but was really strongly rooted in their deep knowledge of the market and entrepreneurial reliability. Ennio Cecchini, the Virgili family, and Vasco Buonpensiere proved that they had the necessary competences to launch a successful business. Once they had identified the most promising market niche – explorers – they created a business strongly rooted in the values of dedication, efficiency, building quality and flexibility. 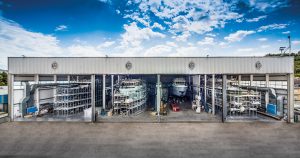 The first line they proposed was the Darwin Class, a series of very sturdy watercrafts with a rigorous design that left little room for frills and stylistic ornaments. Over the next two years, they also launched Vita di Mare 3, Percheron, Furst 60, Stella di Mare and Granil, all Darwins between 86 and 96 feet. Then came the first Nauta Air.

Constantly alert and aware of the signals coming from the market, the management fully understood the need to diversify the production. The Darwin is conceived for those who love 100% pure explorers, strong boats to navigate the seven seas sheltered by solid sides and high bows, a steel hull whose thickness is above average, abundant on-board crew to let owners sleep peacefully even when they are in the most remote corners of the planet. And yet, there are those who want an explorer, but prefer less extreme lines, more similar to a navetta than a tugboat. 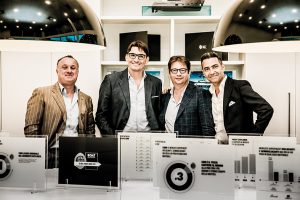 CdM is determined to satisfy their desires as well. The task of developing this new range has been entrusted to Nauta Design, whose name is a guarantee. The result is amazing in its complex simplicity. Nauta Airshave essential lines and well-balanced volumes. Pure elegance. Yolo, Noga, Narvalo, Hyhma. Year after year, the quality of Cantiere delle Marche yachts increases exponentially and goes from very good to excellent even in the interior design. The shipyard’s order portfolio is complete until 2021 and as many as 10 yachts are currently under construction, in different stages of the process.

Together with the sale of some units in the Darwin series, CdM recently announced a long row of sales in custom yachts. They are all explorers, but declined in different ways and versions. Once again, these designs are based on a close analysis of the market and of owners’ demands. The company has already announced the sale of the Aurelia 29 – a custom explorer that will give life to a new series called Flexplorer due to its high flexibility in use and functions. 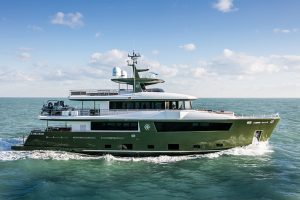 The Aurelia 29 project was signed by Hydro Tec, with interiors by Tommaso Spadolini. Then, we received news about the sale of the Project MG 129, which launches CdM’s collaboration with Francesco Paszkowski, as well as the Explorer 40.22 signed by Spadolini. In the meantime, the M/Y Gattofrom the Acciaio 105series was launched, displaying imposing and elegant lines designed by Hydro Tec and classic-contemporary interiors by Francesco Guida. The shipyard’s results are more than encouraging.

With a total of 368 metres, Cantiere delle Marche has accessed the ranking of the top 20 shipyards in the world in terms of overall length of Explorer yachts under construction. It currently represents 18.9% of the entire production apart from being no. 1 in the world. If we narrow down the field and take a look at the figures for Explorers between 100 and 140 feet, the percentage is boosted to 52.6% of overall global production.

Limiting the analysis even further to Explorer yachts in metal only, the percentage jumps to a surprising 58.8%. Within its reference market, CdM is the most successful shipyard in the world. In 2018, this small shipyard from the Marche region ranks third in the global market of displacement and semi-displacement yachts in any material, between 100 and 140 feet. 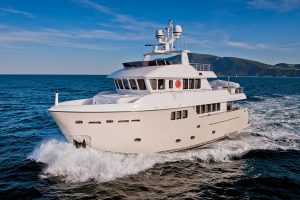 Cantiere delle Marche – Darwin 86 Percheron
“The Darwin 86 M/Y Percheron is probably one of the very few 24-metre yachts that have completed three Atlantic crossings, and proved from the very beginning of our history that to us an explorer yacht is first of all a boat that you can truly explore the oceans on and not only a design style. In 5 years, it has navigated more than 35,000 miles, always with the family on board. Another interesting fact is certainly related to the sale of our used boats. Four out of five were sold with our mediation in less than 6 months, with much smaller depreciations than the standard ones on the market for boats of the same size. It is quite interesting to see that we are getting more and more clients who come from boats built by shipyards in Northern Europe. We already have 3 owners (out of 16 delivered boats) who have decided to build a second boat with us. This fact is twice as important if you consider that we didn’t even need to take back their existing boats! With few exceptions, our shipowners are rather young, between 48 and 57 on average. The youngest was 36 years old when he ordered his boat. The same can be said for our employees, who have an average age of 38. We have succeeded in building a community of very loyal owners and fans around CdM, and this community organizes CdM rendez-vous entirely on its own”. Vasco Buonpensiere