Cantiere delle Marche: K42 Avdace has been launched, the biggest ever 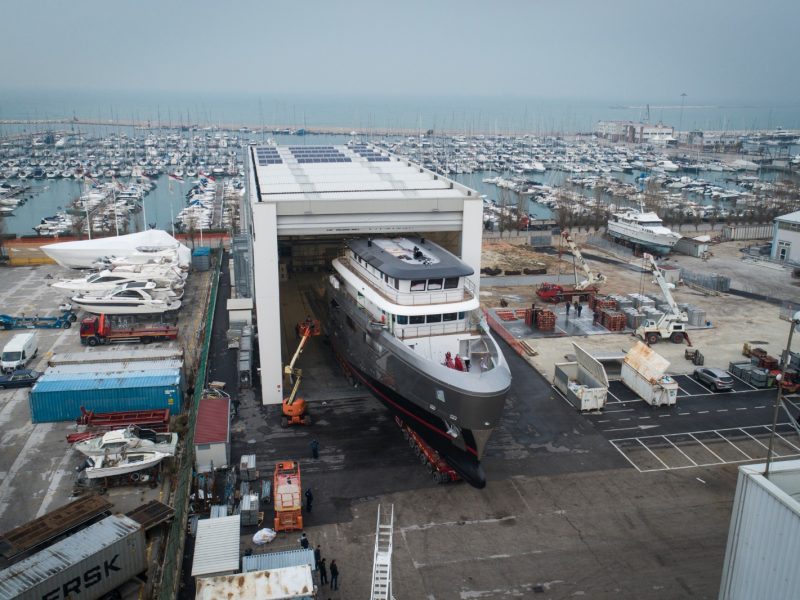 Avdace, a 42 meters long boat that belongs to Andrea Merloni, former president of Indesit, is the largest yacht ever built by Cantiere delle Marche. On board, two nightclubs and a kitchen to prepare meals for 250 guests. 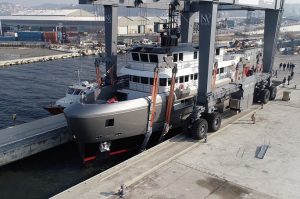 The project stems from the collaboration between the shipowner and Andrea Pezzini, founder of Floating Life. The naval architecture of the project is by Studio Sculli, while Hydro Tec. developed the naval engineering. On board there are four cabins for guests while the owner, who lives on board practically all year, has had a private apartment built on the highest deck.

On Audace by Cantiere delle Marche, there are two super-equipped nightclubs with a DJ station, a huge kitchen able to churn out meals for 250 guests, fridge and freezer cells to store large quantities of provisions. The yacht is in fact an explorer and is destined to long navigations, in total autonomy, at all latitudes. Nine crew members have five cabins available. 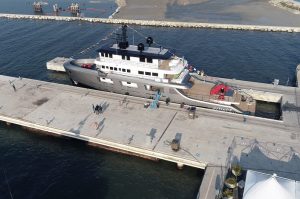 Merloni wanted enough space on board for his Land Rover Defender and for a motorbike, as well as for a  watercraft and two tenders, one of which, almost long 11 meters, during the navigation is on the deck and is launched with a crane with a capacity of about 9 tons.

(Cantiere delle Marche, K42 Avdace has been launched, the biggest ever – Barchemagazine.com – January 2019) 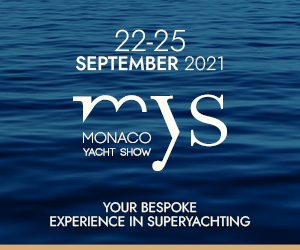 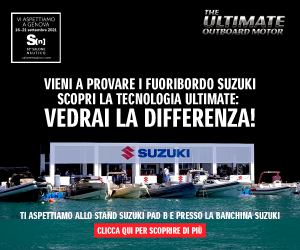