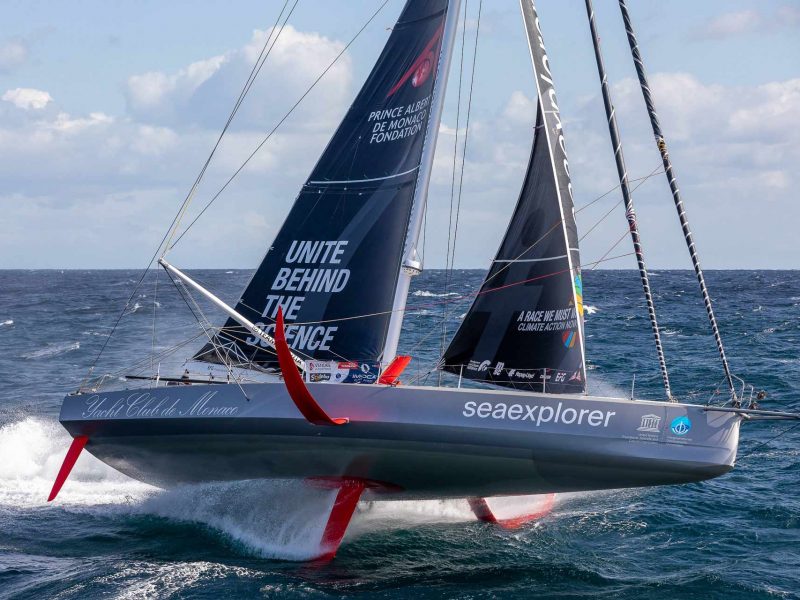 With the opening of the 9th Vendée Globe village in Les Sables-d’Olonne, the 33 skippers qualified for the IMOCA fleet are ready for departure on Sunday 8 November. Among them is Boris Herrmann, the first German sailor in the history of the event, representing the Yacht Club de Monaco for the Malizia team. Appointment Sunday, November 8th at 13.00 for the departure.

The skipper attended an online press conference together with the head of the Malizia team, Pierre Casiraghi, Vice-President of the Yacht Club of Monaco.

“The Vendée Globe is a dream, the Everest of any ocean racing career,” said Boris Herrmann, 39, almost 20 spent crossing the seas.

“I was only six weeks old when my parents took me out to sea along the coast of Germany. I have been fascinated by the Vendée Globe since I was 16 years old. Bernard Moitessier, Eric Tabarly – I devoured all the books on these famous extreme sailors, true adventurers, including Bernard Stamm, with whom I had the pleasure and privilege to sail on IDEC SPORT. The Vendée Globe is like a lighthouse that has called me back all my life,” added the man who circumnavigated the planet three times, but never alone or non-stop. 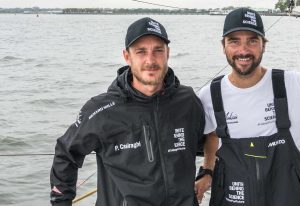 After his debut in the Mini Transat and victory in the Global Ocean Race 2008-2009, Boris achieved a series of good results in the IMOCA class: 3rd in the Fastnet Race 2017 (with Pierre Casiraghi), 4th in the Transat Jacques Vabre 2017 (with Thomas Ruyant) and 5th in the Route du Rhum 2018.

The dream became reality thanks to the impulse given by Pierre Casiraghi who founded the Malizia Team in 2016: “Compete in the Vendée Globe was the highest goal we could set ourselves. It seemed totally crazy, unreachable… But Team Malizia did a fantastic job. It is really gratifying to have maintained this level of commitment, to be ready for the start with a boat that flies the flag of the Yacht Club de Monaco and represents the Principality of Monaco”.

Boris Herrmann undertakes his first Vendée Globe on Seaexplorer-Yacht Club de Monaco, the former VPLP-Verdie design Gitana. He learned how to tame the 18-meter, equipped with the latest generation foils, having covered the most miles (55,000 nautical miles, equivalent to nine transats) in the qualifying phase of the race.

“She is a very fast and reliable boat, but it is equally important that she is equipped with solar panels and hydroelectric generators to avoid the use of fossil fuels”. Boris said he feels fit and well prepared, but also aware. “Anything can happen during the Vendée Globe. In the last nine editions, of the 116 skippers who lined up at the start, only 67 have finished,” commented Boris, who hopes to enter the top ten of the fleet. 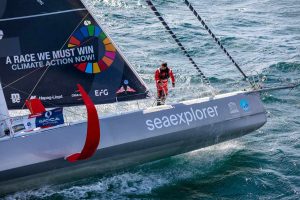 It would be a good result given the high level against contenders such as Jérémie Beyou (Charal), Charlie Dalin (Apivia), and Thomas Ruyant (LinkedOut), not to mention the great favorite, British sailor Alex Thomson (Hugo Boss).

The Vendée Globe 2020 will most likely see one or more records broken, thanks to the introduction of the latest generation of foils that revolutionized the world of sailing. Only one record will remain undisputed for now: Michel Desjoyeaux is the only sailor to have won two, and in this edition, none of the competitors has yet been declared the champion.

As a person who loves the sea and the marine environment and is a member of the UNESCO Intergovernmental Oceanographic Commission, Boris puts the protection of the ocean at the center of every race. A commitment he shares with Pierre Casiraghi, co-founder of the Malizia Ocean Challenge project that combines sailing, science, and education.

With a fully automated laboratory on board to measure oceanographic data, including sea temperature, salinity, pH and CO2, Boris will take samples from the waters of the most remote regions and transmit the data to scientists working on the Max Planck programs in Hamburg, GEOMAR, Kiel and IFREMER in Brest.