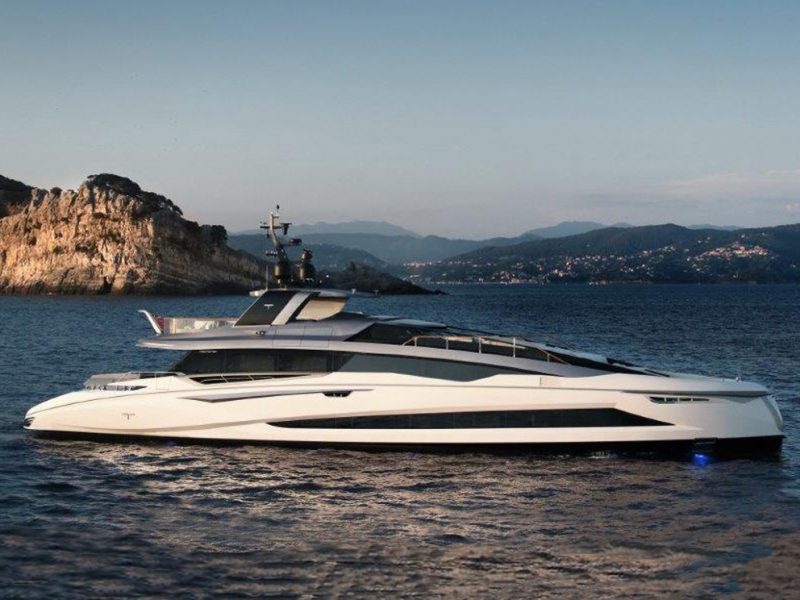 An excellent designer from a world-famous Italian shipyard once told me that a shipowner, before signing the contract for her new boat, had brought him a photo of the sea around a Greek island, and told him that she would only buy the vessel if it was painted that exact colour. Another time I was watching the hull of a megayacht being painted, and noticed that eight people were working on it simultaneously from bow to stern. The owner explained that they had to work together to avoid the two sides having different hues. My third and final anecdote regarding hull painting involves a surveyor who was responsible for checking whether it had been done properly. He turned up with a camera, a tripod and a macro lens and began photographing the hull centimetre by centimetre, to analyse how many microns of dust there were in each section. The owner of the shipyard explained that if the number of specks of dust on the hull had exceeded a certain number, the owner could have contested the work.

The Boero YachtCoatings range includes paints and fillers of all types for boats of all sizes.

All in all, painting and colours are a serious business, and though some requests may seem rather eccentric, when an owner has spent several million euros on their new boat you are in no position to refuse. As well as extraordinary professionalism from both shipyards and painters, you also need products that meet the needs of even the most eccentric of shipowners. 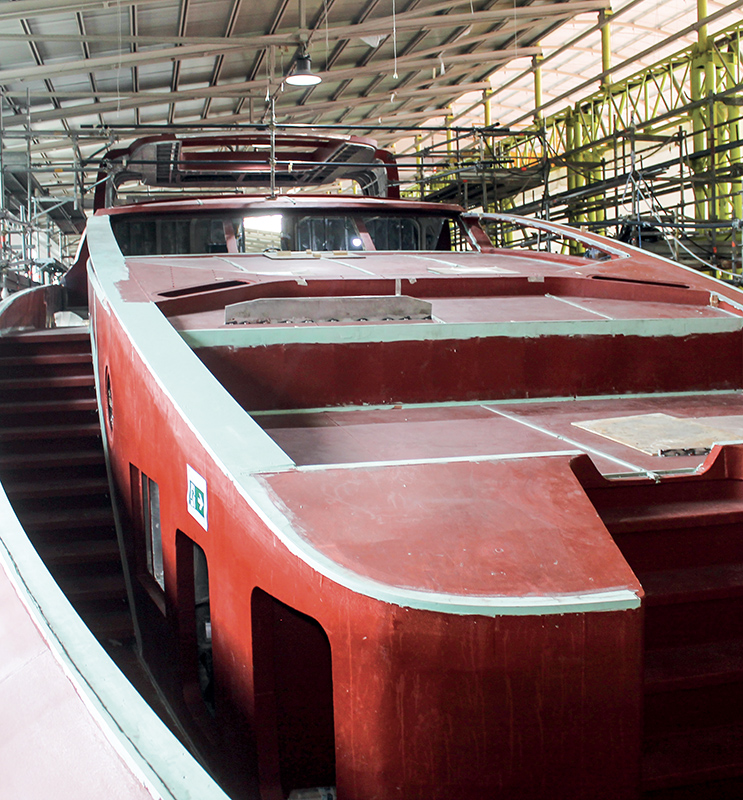 The research and development department of any paint company is constantly working to improve its products. And this doesn’t just apply to the antifouling coatings, but everything applied underneath to achieve the desired look. The collaboration between The Italian Sea Group and Boero recently came to light through Tecnomar’s Evo 120, where Boero products were used for all the paintwork, both above and below the waterline. The primer Delta 3000 and the epoxy filler Epolight Win were used for the part out of the water. The latter is easy to apply by spatula and has a limited impact on the overall weight of the vessel without any evident reduction in thickness, and is easy to sand as well. 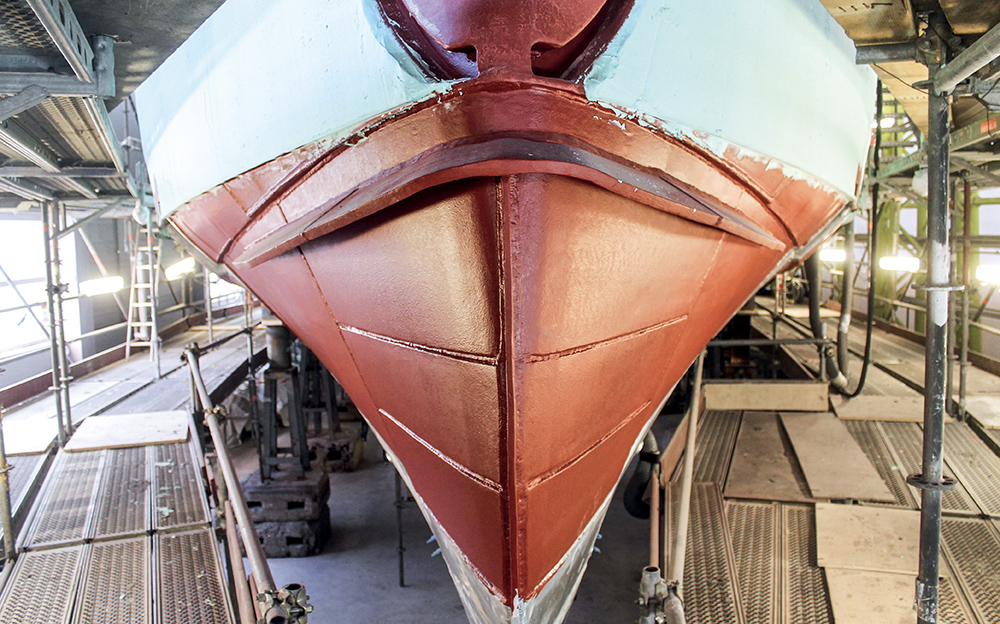 Challenger PRO was used for the finish, a two-component polyacrylic varnish designed specifically for its resistance to UV rays and extreme weather conditions: the exact kinds of environments boats face. Challenger PRO can also be used with Challenger Mix, a colour mixing system that offers an incredible 200,000 different hues. 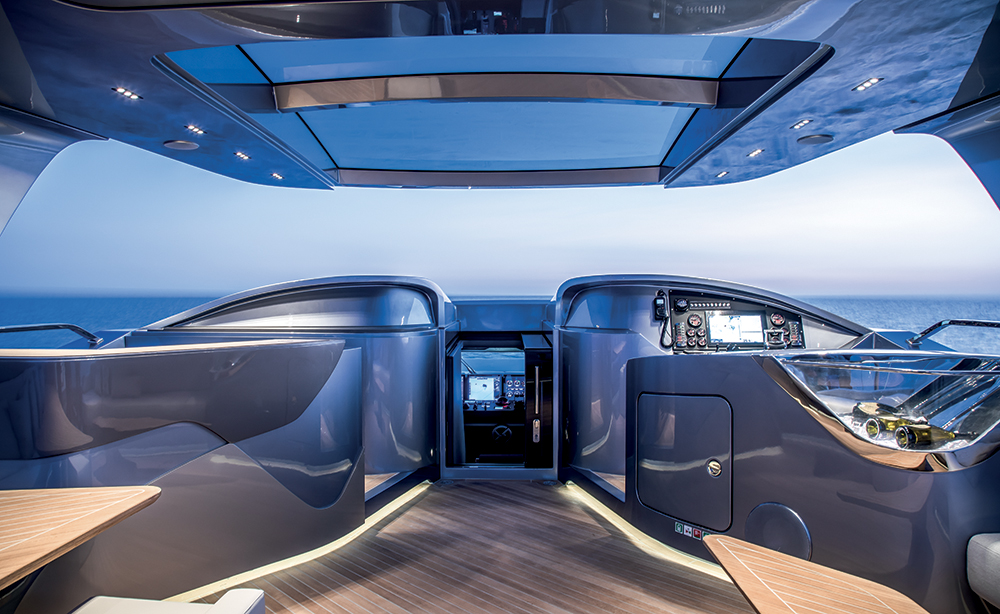 The company was founded in 1831. Since 2021 it has worked in partnership with CIN, a Portuguese firm that supplies paints and varnishes to the Iberian market.

With all these colours, one would imagine that Boero could offer not only the sea colour of a particular Greek island but a shade for each inlet. Two primers were used below the waterline: Delta 3000again and Defender. 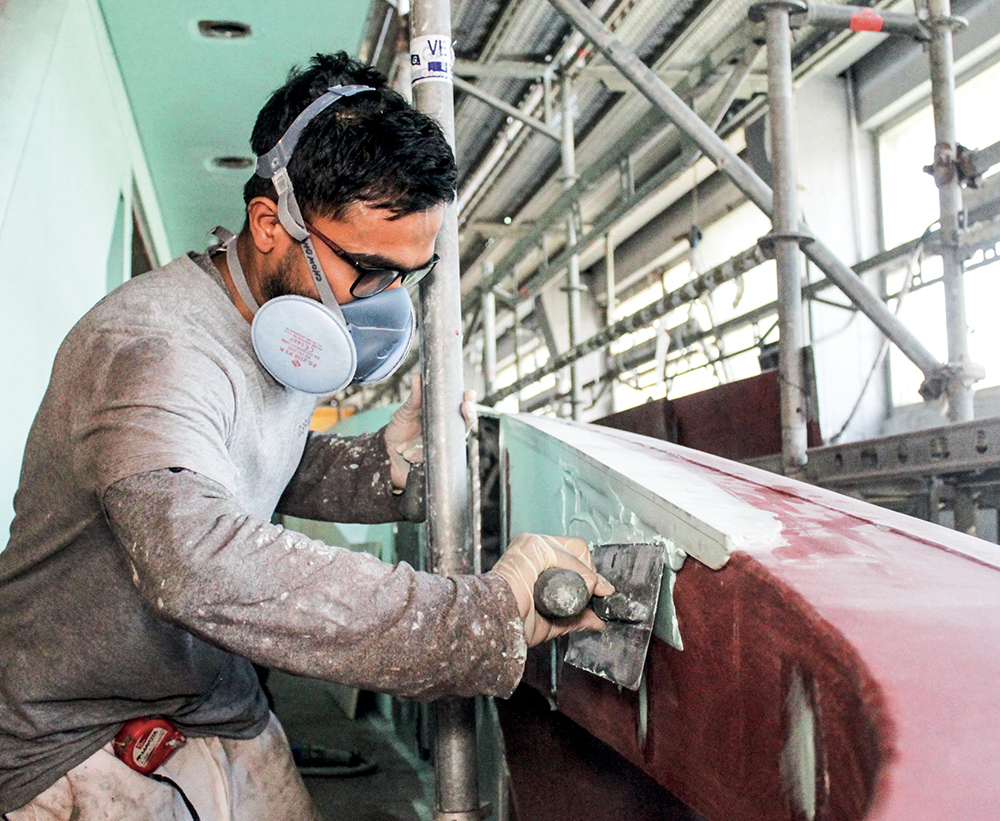 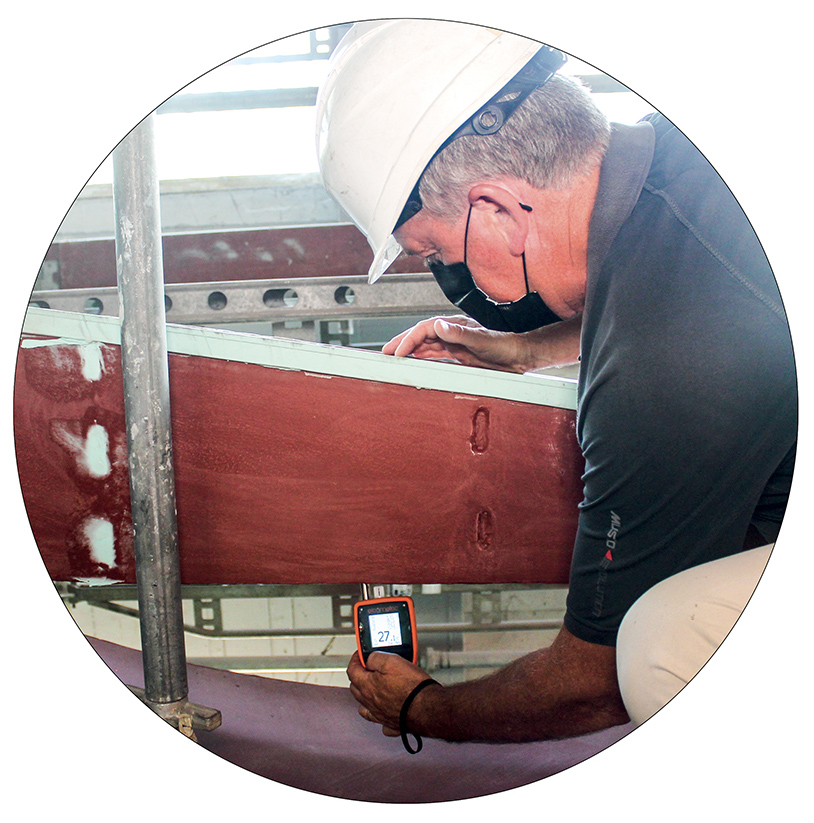 The Boero factory supplies over 250,000 coatings to the yachting world every year.

THE YACHTING DIVISION WAS FOUNDED IN THE 1970S. THE YACHT PAINT AND SUPERNAVI LINES WERE COMBINED IN 2010 TO CREATE THE CURRENT
BOERO YACHTCOATINGS RANGE.

Magellan 630 Extra was used as the antifouling coating, a product with SPC (self-polishing copolymer) technology that is suitable for both freshwater and saltwater, defending the hull from even the most aggressive of fouling and therefore keeping fuel consumption and CO2 emissions low. It can be applied to both fibreglass and aluminium surfaces.