Benetti Spectre, 69 meters in the sign of Ian Fleming… 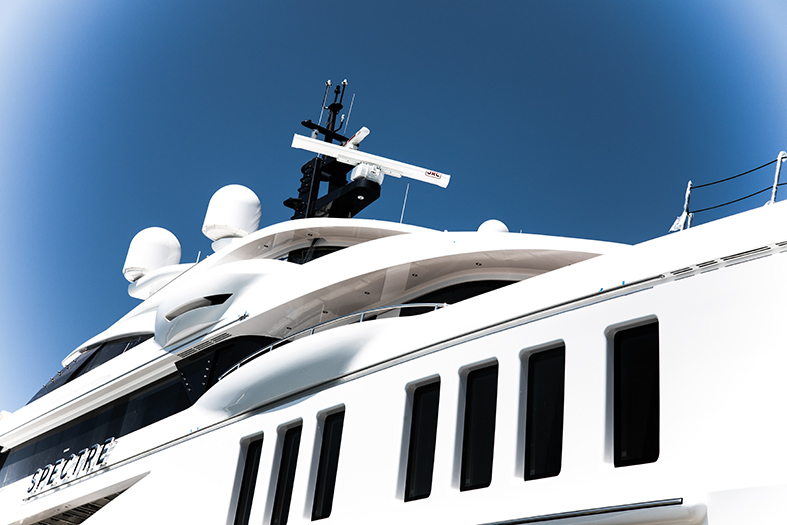 Benetti Spectre is a 69-meter long and 11-meter wide Full Custom pleasure ship, split over five decks.  The hull is made of steel and the superstructure of aluminium. Exterior lines are by Giorgio M.Cassetta, different styles for the interior decoration, with references to the past – the nineteen twenties in France – mixed with modern details.

John Staluppi, a New York businessman, has chosen Benetti for the third time celebrating his passion for James Bond, the main character in the series of films inspired by the novels written by Ian Fleming. In fact, the owner has named his latest megayacht Spectreafter the famous 2015 film starring 007, which has been fully custom made in Livorno.

The naval architecture of the hull is by the Dutch Mulder Design Studio, whilst the exterior lines are by Giorgio M.Cassetta. The project of this original boat was developed around the latest marine technologies and combining different styles and philosophies of interior decoration, with references to the past (the nineteen twenties in France) mixed with modern details. 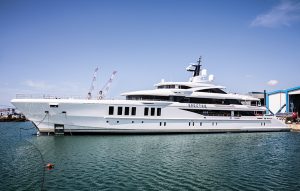 Benetti Spectre is a fully custom 69-meter megayacht, with a steel hull and an aluminium superstructure split over five decks, featuring a swimming pool and a ‘touch and go’ helipad, which can host 12 guests in unparalleled comfort. The layout features two owner cabins, one of which with private terrace, a sunbathing area and a Jacuzzi, two VIP cabins on the main deck and two guest cabins on the lower deck.

Spectre features the Ride Control technology by Naiad Dynamics, a system, which increases stability during navigation and improves comfort on board thanks to four stabilising fins and three vertically-adjustable blades.