Bénéteau, two navetta on the way 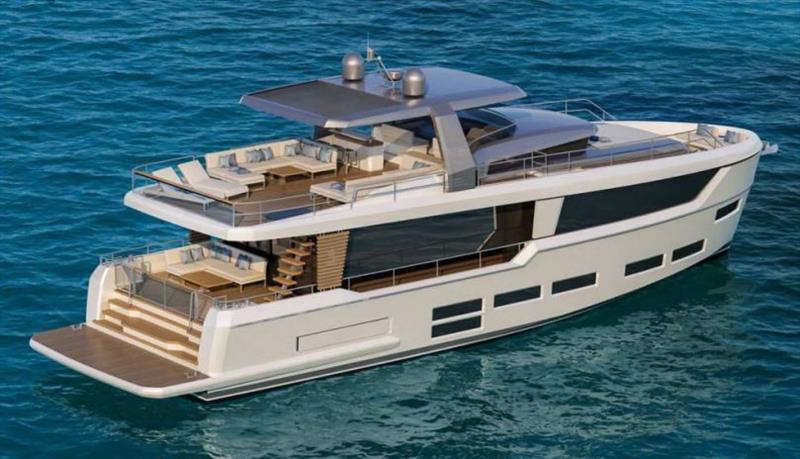 Bénéteau has announced the launch of a 72 and a 65 feet born to sail without haste and for a long time. Comfort, space and lots of autonomy. Coming next year

Its name is Project E and they’ve been working on it for two years. Massimo Gino of Nauta Design, Amedeo Migali of MICAD and the technical office of Beneteau. The project is one, but there are two models. You’ll have to wait another year to see them in the flesh. For the moment there are some renderings and models that give a pretty precise idea of what they will look like.

Let’s start with the measurements. The biggest one will be 22.28 meters long. It’s designed for eight people plus four crew. The smallest, however, will be 18.95 meters with a beam of five and able to accommodate six to eight passengers plus crew. 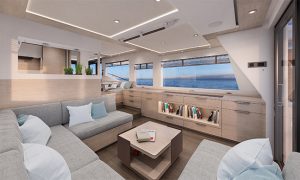 The philosophy? Space beyond compare: on deck, in the interior or on the flybridge. Home sweet home, in short, both for the square metres available and for the design. The imperative is large volumes. This is nothing new.

What is different from any other model in the shipyard is the type of boat. What kind of boat does it look like? An explorer, with a cut stern, a trawler or, more simply, a displacement shuttle. They were designed to give their best at around ten knots of speed. No rush and plenty of range. The shipyard estimates that at cruising speed they can go as far as 900 miles without refueling.

“We paid special attention to the possibility of moving easily on board,” says Massimo Gino di Nauta. Crew and guests, if they want, do not meet, but the lives of those who work on board have also been simplified. From the galley, for example, you can access the passageway and from there directly to the dock thanks to a side opening on the side. Owner and guests, on the other hand, will appreciate the staircase that allows you to reach the flybridge directly without having to pass through the cockpit.

In order to guarantee a good trim even during anchor stops, the 65′ will be equipped with stabilizing fins and gyroscopic fins. The engines will be in line of axis, there will be no azimuthal feet. What didn’t convince me much when looking at renderings and models is the presence of only one anchor. They are not the only ones of this size to have this feature, but since they are shuttles made to sail for a long time and maybe to stop as little as possible in port, a second anchor would be appropriate. Also because, as they have explained to us, many solutions that have been adopted both for the deck and for the interiors, derive directly from larger boats.

In a year’s time, curiosity will be satisfied. At Boot 2021 both will be present and then they will touch the water. Construction is already underway at the Monfalcone shipyard.