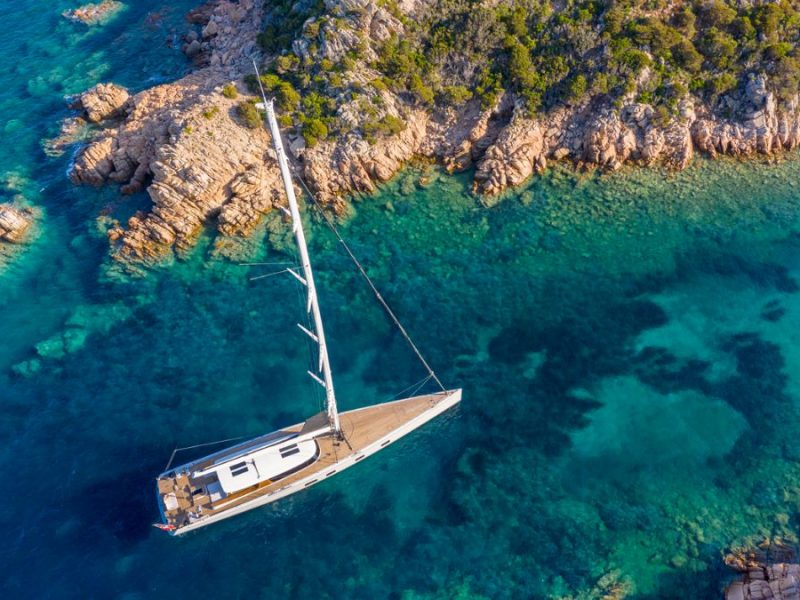 Sustained speeds of at least 20 knots in the Strait of Bonifacio: the Baltic 142 Canova after the recent tuning. On board the crew of North Sails, Baltic Yachts and Canova’s equipment manufacturer, Rondal.

Canova was conceived as a global cruising yacht designed to transport its owner and crew at speed and in exceptional comfort thanks to its DSS foil, which reduces oscillations and movement.

The 40-foot (12.3 m) long interior/exterior living area consists of the salon on the combined deck to the main cockpit, with a bimini hardtop cover with sliding side windows. The 27-foot (7.5 m) wide owner’s suite in the middle of the boat is equipped with a double bed and treadmill. 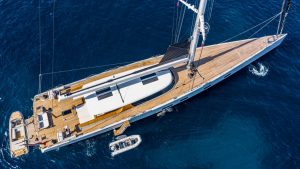 Baltic Yachts executive vice president, Henry Hawkins, who was recently on board Canova in Sardinia, said: “The boat sailed more than 30 knots from Porto Cervo and we are all very pleased with its performance. With her twin rudders she is as light as a feather at the helm and is extraordinarily comfortable even at speeds in excess of 20 knots”.

“We are also very happy that there were virtually no problems as the yacht has been put to the test,” said Henry Hawkins. “It is proof of the exceptional work done by the teams that designed and built the Canova. I am extremely satisfied with the result – she is a truly remarkable yacht,” he added. 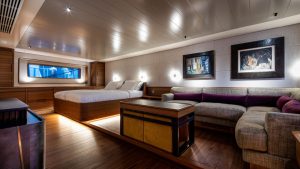 Henry Hawkins reported that the owner of Canova was particularly impressed with the yacht’s reefing behavior, thanks to the stability provided by the DSS foil.