Baglietto, 13 yachts under construction and B Zero project 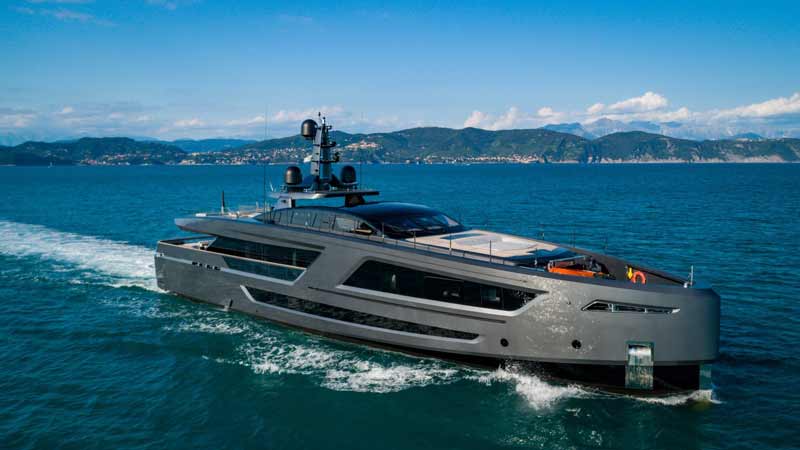 During the Monaco Yacht Show, La Spezia-based shipyard Baglietto confirmed its results for the year and presented its new product range. They also presented the Bzero (“B raised to Zero”) green project in the field of alternative energy sources. (opening picture: Baglietto Panam)

Thirteen yachts ranging from 38m to 52m are currently under construction at Baglietto’s two shipyards in La Spezia and Carrara, eleven of which have been sold, six in the past nautical year alone. In 2021 Baglietto delivered four yachts, two of which were fully customised: the motor yacht PANAM and the 54m C, in addition to the MY Run Away (DOM123) and MY LION, a 48m TLine.

The DOM133 line designed by Stefano Vafiadis confirms its success: four models sold on the design and a fifth one available for sale by 2024. Equally significant are the results of the T52 project, a steel and aluminium displacement yacht designed by Francesco Paszkowski Design. Two units under construction have currently been sold, one of which hybrid-powered, while another two units are under construction and will be available for sale in 2024. 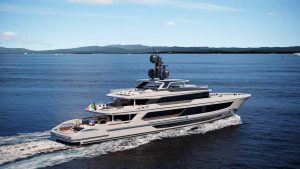 Research and sustainability, the BZERO  project

During the conference, Baglietto presented the Bzero project (B RAISED TO ZERO. This is first B in Baglietto’s value system (in addition to the 8Bs recently presented). The project aims to increase the electric cruising range of vessels in zero-emission mode while integrating hydrogen fuel cell technology on a hybrid or diesel-electric platform on board Baglietto yachts. Baglietto will be flanked by six internationally renowned partners, all based in Italy: Arco Fc, Bluenergy Revolution, Enapter, H2boat, Rina e Siemens Energy. Together they will work to realize a fully functional 1:1 scale prototype in the Baglietto shipyard by 2022, which will then be applied to the yachts to be delivered in 2025.

The BZERO system involves the implementation of a hydrogen production module which, using filtered and deionised seawater. Energy from renewable sources will power the electrolysers with the aim of producing as much “green” hydrogen as possible.

The hydrogen is then stored in solid form at low pressure and room temperature. A thermal management system controls the process, heating (during discharge) and cooling (during recharge) of the metal hydrides storing the hydrogen.

The thermal energy required is obtained from the heat produced by the PEM type Fuel Cell module (approx. 185 kW) which uses hydrogen as fuel for the production of electrical current with zero pollutant and noise emissions. The power produced is controlled by a DC/DC converter on a central 700 V DC bus of the kind already tested on Baglietto’s hybrid technology yachts. A set of lithium-ion batteries is connected to the same bus in parallel with the Fuel Cell, to absorb peaks and abrupt changes in the user’s demand for energy.

Diego Michele Deprati, Baglietto CEO, commented: “We have set up a department expressly dedicated to the study of new eco-sustainable technologies, “Baglietto Energy”, with the precise intention of studying the implementation of alternative energy sources for the nautical sector. The “B raised to zero” project,” continued Deprati, “is both an important achievement and a starting point for the great challenge of tomorrow which will gradually lead to the elimination of hydrocarbons”.