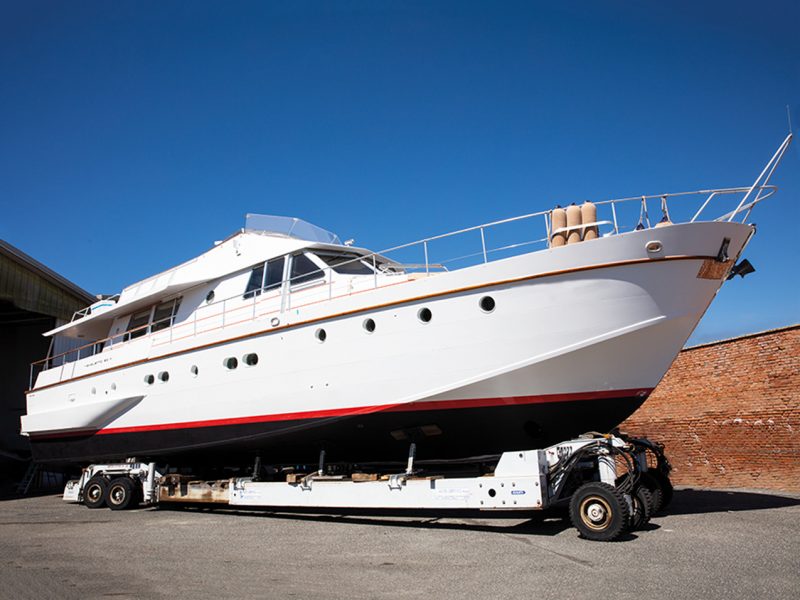 Alfamarine is a point of reference for refits and technical assistance in the Tyrrhenian and it also works alongside the Ferretti Group providing after-sales service for the Itama, Pershing and Custom Line brands

ALFAMARINE HAD PRODUCED OVER 200 FIRST-CLASS YACHTS FROM 47 TO 140 FEET UP TO 2015. At that point the changes in the market made the focus on technical support and refit work prevail, and this is what is now being pursued by the second generation, with Andrea Fazioli in charge, even though his father Marcello (who founded the yard in 1955), continues to support the daily work schedule with his great experience. The latest important refit that we have had the chance to appreciate involves a twenty-metre Baglietto which has had its original splendour restored, but with updated technical aspects which, even though they are carefully hidden away so as not to disturb the look of a classic boat, make it capable of handling long cruises. 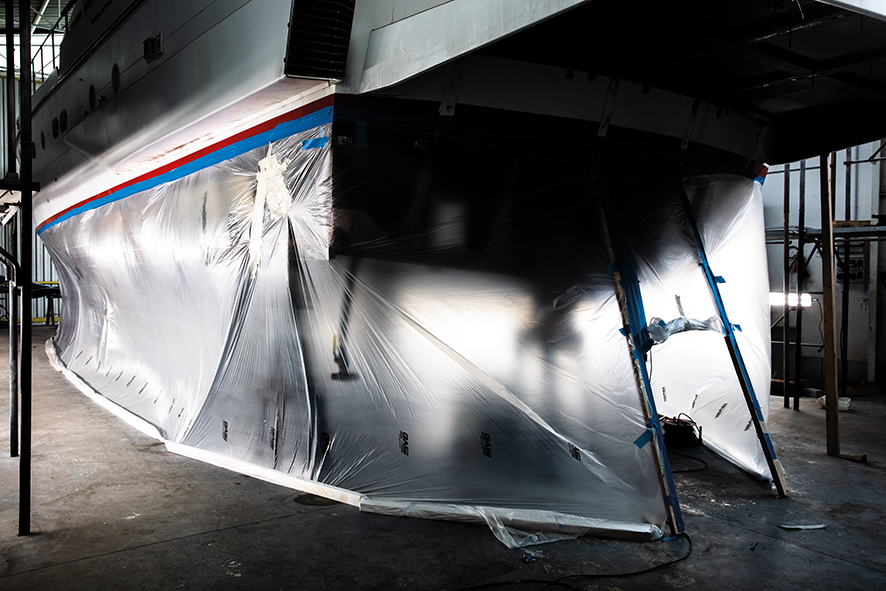 «Our facilities have 3,000 square metres of covered area with heights that mean we can even work on very substantial boats. We have a special crane for yachts of up to thirty tonnes, and a ramp for boats of up to 27 metres». Andrea Fazioli

We asked Andrea to tell us why the yard had stopped making boats and instead taken up refitting. «The large groups can optimise costs and produce at a high level from both a technical and an aesthetic point of view, and so we became less competitive. Nowadays the boats are so evolved technologically that the artisan aspect of production has lost a bit of sense. That is why we wanted to transfer our craftsmanship and skill to refitting, which is a sector where these things are fundamental to doing the job well». 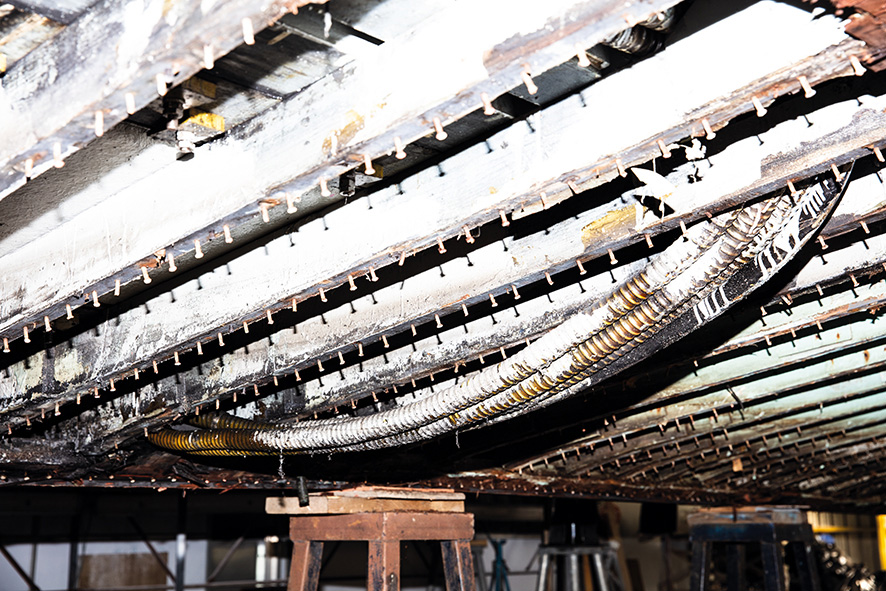 This new activity began between 2008 and 2009, thanks to a contact with the Ferretti Group, which entrusted Alfamarine with carrying out technical services on the firm’s used boats. And from there it became the official service for the Pershing, Itama and Custom Line brands, and also for new boats being delivered.

Alfamarine is currently the yard in the Tyrrhenian area which provides technical assistance to the three brands of the Forlì-based group, and concerning this, Andrea Fazioli said: «We are recognised as being a centre of excellence, and in the area we are the only ones to have a 25-metre paint booth with another smaller one alongside for the components. As I said earlier, we are the official service providers for the Ferretti Group and I have to say that it is a cause of great satisfaction for us, because they are boats that are very carefully made». 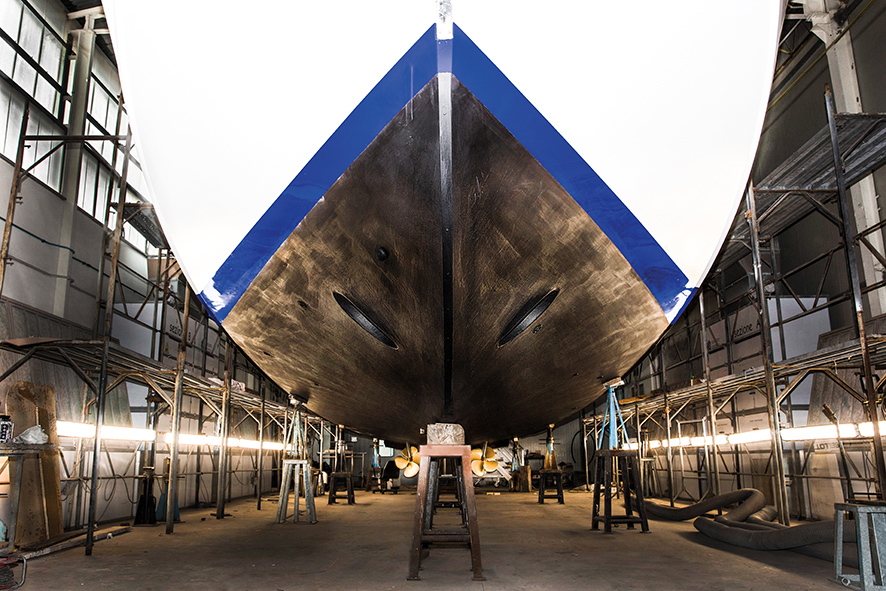 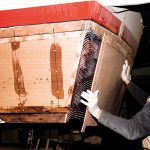 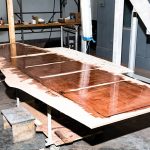 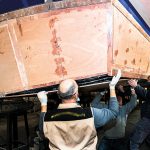 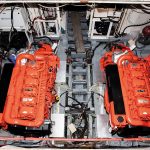 «We carry out a lot of research into materials because from that we design perfect solutions to ensure that the structural and aesthetic qualities of the older boats, such as this Baglietto, are restored as they were before, and often even improved».

And they were very pleased with the work done on the Baglietto. It was a different kind of job, a lot more intense. The first contact with the owner came about because he wanted to repaint the hull. «After modernising the hull, the owner wanted to entrust us with the boat again to redo the entire hull and various parts of the deck and the superstructure, as well as the engines and all of the onboard facilities except for the electricity. That was a very big job because we managed to handle it to get a perfect, freshly constructed yacht out of one from 1975. And now we also have an 18-metre Alalunga on which to work and we are very excited by it. Personally, I have always loved that boat and working on one is a pleasure. Not long ago we delivered various Pershings, a 70, an 82, a 7x and an 8x, and we have a Navetta 33 that we are about to deliver. So basically, we are very active and happy about how things are going». 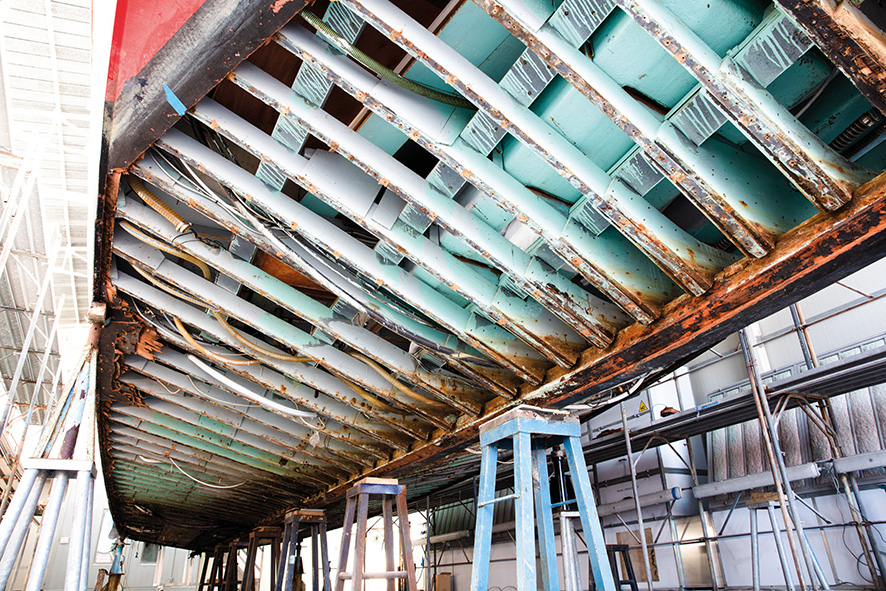 The work that the yard has done on the twenty-metre Baglietto involved replacing a lot of the superstructure panels, complete wood treatment throughout the boat, replacing the engines – which also means an enlarged propeller shaft – the water system, and the generator. But at Alfamarine they easily knew how to handle every step thanks to the experience that Marcello Fazioli passed on to his son. About that, Andrea recalls: «The first boats that my father built were made of wood. I followed the work done on Levi’s designs for Agnelli and Aga Khan, and I used to go to the yard while he was working on Agusta’s Barbarina, Olivetti’s Idalgo and the C50 for the “Avvocato” (Gianni Agnelli, editor’s note), and many other boats that later became famous, but all of them in wood. It is a pleasure for me to work on boats like Baglietto or Alalunga, even when as in the case of the latter, we have to really re-do every single thing».

Working wood with skilled craftsmanship calls for experience and the right facilities. Alfamarine has all of that and can add to it the skills of a constructor and the work of the technical assistance centre at the Ferretti Group.

Talking in general about the work that has been carried out so far, Andrea Fazioli added: «Since we dedicated ourselves entirely to technical assistance services and refits, we have done a large number of jobs on boats, both older and new, and in some cases we have modified the interiors while in others we have redone the deck using vacuum techniques, in teak, the onboard systems and the fittings, the paintwork and jobs that made it possible to perfectly adopt a standard product to its owner. We also have four 78-footers that we made, and which the owners entrust to us for maintenance, as well as our other, smaller boats for which we provide technical assistance and modernisation. After all, the Alfamarine yard did produce around 220 boats».

In addition to the covered facilities, the option of hauling in and launching in the yard area and the very experienced shipwrights, the Alfamarine yard can boast a favourable location ensured by its proximity to Rome Fiumicino. Just five minutes away by car, the international airport means that owners can follow work on their boats even when, as in the case of the owner of the recently completed twenty-metre Baglietto, they live in cities that are a long way off.